In American memory, the 1950s are often portrayed as a mundane, picturesque prelude to the chaotic, transformative decade that would follow.  Popular contemporary television portrayals of the decade such as The Adventures of Ozzie and Harriet (1952-1966), Father Knows Best (1954-1960) and Leave It To Beaver (1957-1963) helped create the stereotype of the 1950s as an idyllic period of domestic bliss, perpetuating it through endless reruns when the shows came into syndication in the 1980s. 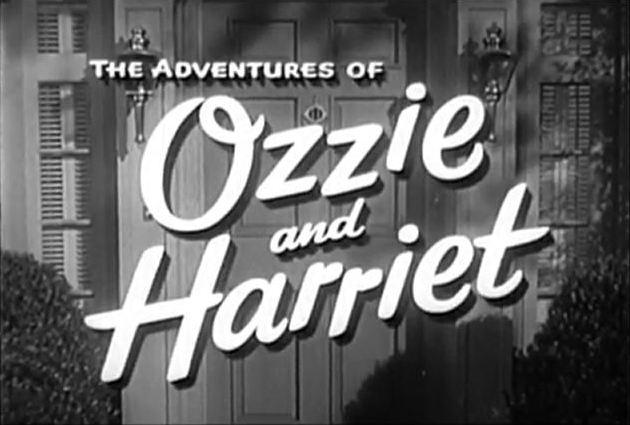 In the past, American religious historians portrayed the 1950s as encompassing something similar in American religious life.  Perhaps the most famous of these, Sydney Ahlstrom (1919-1984), described the Eisenhower years as complacent in their religiosity, a sharp contrast to “the moral and intellectual revolution” that would crash through American religion during the 1960s (A Religious History of the American People, 1087).  For the most part, American religious historians embraced Ahlstrom’s interpretation–or something similar to it.  As a result, the prevailing historiographical question regarding the dramatic difference between religion in the mid-1950s and mid-1960s became: “How, given the relatively placid Eisenhower years, can the deeply divided 1960s be accounted for religiously? (Hudnut-Beumler, ix)

As part of their explanation for the religious contrast between the decades, many interpreters embraced some form of the assessment offered by Will Herberg in Protestant–Catholic–Jew (1955).  Although some at the time heralded 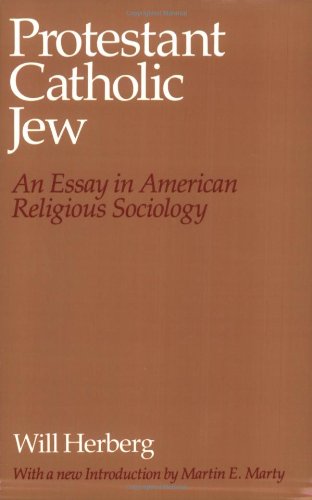 the religiosity of the 1950s as a significant return to religion, Herberg demurred.  Instead, he believed that most adherents embraced a squishy “religion-in-general” devoid of either serious theological content or distinctive religious commitment.  For Herberg, the upsurge in religious participation and commitment was part and parcel of the emerging civil religion of the era, something he described as “The American Way of Life.”  Largely embracing Herberg’s critique of civil religion, several recent scholars offered different explanations for the radical changes in American religion that occurred by the 1960s.

In Looking for God in the Suburbs, James Hudnut-Beumler contended that, in the 1950s, the confluence of formal and popular religion around ideals similar to those encapsulated by Herberg’s “American Way of Life” established the conditions for the radical religious turn of the next decade.  As elites critiqued the emerging civil religion in a series of “suburban jeremiads,” their critiques become the seedbed for the radical turn of the 1960s.

In Ahlstrom’s own assessment, theology (even neo-orthodoxy) failed to adequately address the critical issues raised by Modernity over the centuries prior to 1960.  Catalyzed, in part, by the latest manifestation of civil religion in America, that failure came to a head in the 1960s.  This resulted in the “Radical Turn in Theology and Ethics” and the corresponding chaos of American religiosity in the decades that followed.

Robert Ellwood, an expert on religion in the 1960s, presented a market-oriented answer to the question.  Beneath the placid surface of 1950s religiosity and civil religious conformity, market competition worked to offer religious consumers a plethora of options.  For Ellwood, The Fifties Spiritual Marketplace  becomes the prelude to the 1960s in which individual religious choice multiplied ad infinitum.

For each of these interpreters and others like them, the years of the 1950s represent the end of something.  They are a significant break in the story of American religion.  Even Ellwood, whose marketplace theme suggests continuity between the decades, described the 1950s as “the last modern decade in religion (227).”

However, it is important to note that in their interpretations, each of these scholars focused predominantly on the role of mainline Protestantism in America—specifically its role in shaping American culture.  That focus necessarily molded their story, leading to the perception that 1960 (or 1965) closed out a significant period of American religious history.  It was an end, not a beginning.

However, for other groups, the 1950s were not an end, but a beginning.  In the midst of social upheaval, as mainline Protestants began to experience a loss of adherents and cultural influence in the 1960s, evangelicals continued to grow in both, spurring National Council of Churches executive Dean Kelley to pen his (in)famous Why Conservative Churches are Growing (1972).  As demonstrated by the shifting historiography on the Religious Right, the recognition that the 1950s (or earlier) were also a decade of beginnings invites new avenues for research in American religious history.

Hudnut-Beumler, James.  Looking for God in the Suburbs: The Religion of the American Dream and Its Critics, 1945-1965. New Brunswick, NJ: Rutgers University Press, 1994.

July 30, 2013
Bible Wars and the Origins of the Term "Inerrancy"
Next Post