Through the years, I have worked extensively on different aspects of Welsh history, including the Welsh in America. That American heritage is in fact very substantial, especially in the religious arena, although few Americans seem to appreciate it. The problem is that Welsh migrants arrived gradually, in multiple waves from the seventeenth century onwards, and they lacked the obvious markers that delayed the assimilation of other prominent groups. By and large, they were staunch Protestants, and they usually spoke English, at least as a second language. They thus assimilated within a generation or two, and that ethnic identity left surprisingly few traces or memories.

But the more you know about the Welsh, the more frequently you see them all across the landscape of national history – political, legal, and especially religious. Think of this as a field guide to Welsh-Americans. It’s also an essential foundation for my next post, in which I will discuss at some length the specifically religious aspects of America’s Welsh connection.

I’ll concentrate here on names. The Welsh used many distinctive names, some of which had ancient Celtic or even late Roman origins. Some examples would be:

Any of these names is likely to indicate Welsh origins. Perhaps the families did not migrate directly from Wales, but had rather spent a generation or two in London or Bristol before setting sail. But those names are all strongly Welsh. So are names that originally were descriptive, like Fychan or Vechan (“Little”), which became Vaughan. Gwyn means “fair” and features as part of other names. It gives rise to surnames like Gwynne.

It also helps to know about Welsh naming practices. The Welsh were very slow to give up the practice of patronymics and move to English-style surnames. So imagine a man in 1700 called David son of William (in Welsh, Dafydd ap Gwilym). His son in turn might be Richard son of David, and that man’s son in turn could be Hugh son of Richard. The lack of surnames made it very difficult to trace descent and landowning, and made life difficult for English lawyers and landowners. It also made upwardly mobile Welsh people painfully conscious of their rural and primitive ways!

Very gradually, from the fourteenth century through the nineteenth, Welsh people adopted surnames past on from one generation to the next, so maybe the last person I mentioned in that list – Hugh son of Richard – would take the name Hugh Richards, and all his descendants would continue to be “Richards”. Or, they might take a version of “ap Richard”, so he would become Hugh Prichard, and spawn a line of Prichards. 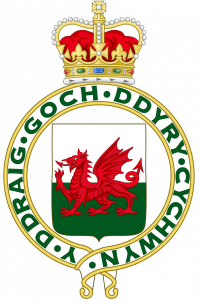 Hence, lots of Welsh surnames indicate that a person is the son of some other Welsh name, and they often do that by adding an -s- at the end. Some popular versions of this grew out of the standard late medieval names we find throughout Britain, so we find:

(Note, Williams and Richards and Thomas, not Williamson or Richardson or Thompson).

And of course, that other extremely common “John” name – Jones.

If you take all the Joneses and the Davieses and the Evanses and the Williamses, you have already accounted for a very large portion of the Welsh phone book.

Some of these new names sound curiously Jewish. During the eighteenth and nineteenth centuries of the evangelical revivals, Welsh people started using distinctively Biblical names, often from the Old Testament. Those then became patronymics, leaving their descendants with such surnames as Daniel (Daniels) and Abraham. Jack Daniel’s whiskey records a Welsh entrepreneur.

As I suggested, this process of adopting surnames also produced a whole other category of new surnames, the P’s and B’s. The Welsh word for “son of” was “ap” or “ab”, and that was favored by Welsh families who retained closer ties to their native language. So,

These names might adopt multiple spellings over time. If you meet a British-derived Lewis, for instance, their name in earlier centuries might have been a Welsh Llewellyn, or a Jewish Levi, and you can’t really determine which without further evidence.

But you can see why it’s not too difficult to spot the ethnic origins of historical figures like film-maker D. W. Griffith; banker J. P. Morgan; Charles Evans Hughes, the Republican politician; Jefferson Davis the Confederate President; composer Joseph Parry; explorer John Wesley Powell; or even Chicago gangster Murray Humphreys. Frank Lloyd Wright was proud of the heritage passed on by his mother, Anna Lloyd Jones. In the 1870s, John B. Jones was a key organizer of the Texas Rangers. Griffith Park owes its name to early Los Angeles booster Griffith Jenkins Griffith, a mining tycoon. The development of Los Angeles is founded on the water from the Owens Valley, named after 1830s explorer Richard Owens, a companion of John C. Fremont.

If Hillary Clinton ever becomes president, we’ll presumably hear a good deal more about Welsh-Americans,. She claims Welsh descent from both parents, via her Jones and Howell ancestors.

You’ll also see distinctive Welsh names aplenty in the hymnbooks of many denominations, as composers and hymn-writers. They litter the pages of the Anglican/Episcopal Hymnbook, which in its present form owes much to Ralph Vaughan Williams. The Welsh also claim a leading role in founding a number of major educational institutions, most notably Yale and Brown Universities. Philanthropist Johns Hopkins came from Welsh Quaker stock.

You notice that many of the names I have cited often appear among African-Americans. My own Jenkins name has repeatedly led strangers to assume that this must be my heritage. In fact, that connection is a survival of the very early Welsh presence in the South, where names like Jones and Williams and Jenkins appear so regularly among the earliest settlers of colonies like the Carolinas. That is not surprising given the very strong Welsh presence in the great centers of the Atlantic trade, in Bristol and Liverpool, and in the Caribbean world. Some of those settlers held slaves, or worked within that slave-owning economy. Over time, slaves often took the surnames of the dominant white families. Think of names like James Meredith, Adam Clayton Powell and Jesse Owens. (Colin Powell’s roots are in Jamaica). It’s a thoroughly tragic part of that centuries-long ethnic interaction.

But when you do spot some of these Welsh backgrounds for individuals you might be studying – particularly in a religious context – do recall that they might have come from a very distinctive cultural tradition. They draw on a history quite separate from that of mainstream English Protestantism. 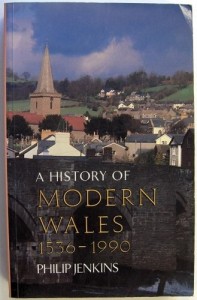 I’ll return to these influences in my next post.