The best research projects are ones that can reasonably be accomplished.  Since I enjoy archival research and travel funds are limited, I recently began considering what projects I might pursue locally.  With a strong interest in African American religious history and the recent historiographical turn towards grassroots activism during the Civil Rights era, focusing on Houston-area churches and religious individuals in the freedom struggle seemed a good place to start.  With that in mind, I applied to attend in the Summer Workshop on African American Texas History (SWATH).  I had three personal goals for the workshop: 1) learn a good deal of Texas-specific African American history 2) garner some ideas for archival research in Houston, and 3) expand my group of similarly-interested colleagues.  I was not disappointed.

The spark for the workshop came from the publication of five books on Texas African American Texas history by Texas Southern University (TSU) professors and alums last year (2013).  Desiring to facilitate good teaching and further research on the topic, Karen Kossie-Chernyshev of TSU secured monies, planned, and organized the workshop.  Open to K-16 teachers, I qualified due to my teaching responsibilities in our college and prison undergraduate programs.  I was honored to be selected to participate in the workshop.

I learned quite a bit of history:

In addition, I met my goal of sparking research ideas.

Finally, I also had some outside-my-usual-box encounters with top-notch men and women I might not normally cross paths with in my regular “academic” circles.  For example:

With the exception of a forced evacuation of one of the buildings we occupied due to a small fire (!), the well-planned workshop ran smoothly, coming off without a hitch.  The faculty and staff running the workshop embodied friendliness and hospitality, provided a warmth a bit outside the norm on the regular academic circuit.

July 17, 2014 Phony Wars
Recent Comments
1 Comment | Leave a Comment
Browse Our Archives
get the latest from
Anxious Bench
Sign up for our newsletter
POPULAR AT PATHEOS Evangelical
1 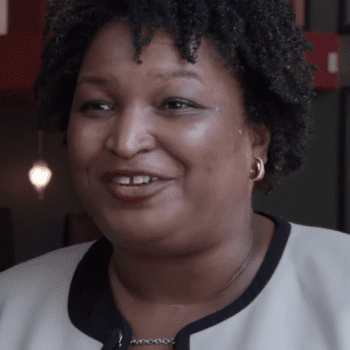