I’m doing a little math, and the consequences are troubling.

My own Episcopal Church USA (ECUSA) just released its annual statistics, showing a rate of decline that would be truly amazing if it were at all unexpected. Between 2012 and 2013, the denomination’s membership fell by 1.4 percent, to 1.87 million, while Average Sunday Attendance (ASA) fell by 2.6 percent. Those percentages may not sound like much, until you realize that these are figures for a single year, and they closely echo the percentage drops for several preceding years. (I discussed these broader trends at this site back in 2012). The report received a “nothing special” headline at Episcopal Cafe, “Rate of decline in Sunday attendance little changed from recent years.”

But here’s my mathematical point. Obviously, those rates are not going to carry on year after year, precisely as in the past decade or so. Sometimes they will be lower than that, sometimes higher. But for the sake of argument, assume that the rates for recent years do continue more or less unchecked. 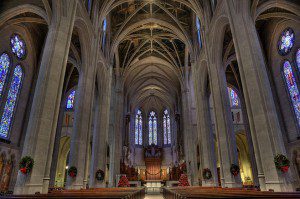 If we extrapolate that rate into the not-too-distant future, then the number of people attending Episcopal churches on a typical Sunday will be negligible by mid-century, typical of a tiny sect rather than a great church or denomination. It won’t reach zero for a while, but in effect, the church will cease to exist. We might need a new vocabulary of religious decline. How about church evaporation?

That mid-century date is really not far off. In fact, the baby baptized at my church last Sunday will by that point only be a young adult in her 30s.

Non-attending notional members will persist for a few years longer, but by the end of the century, we should be talking total disappearance.

In that scenario, America’s last Episcopalian walks among us today. 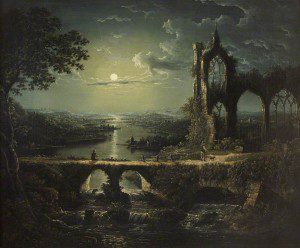 At some point, young people contemplating a clerical career will have to consider just how long there will indeed be a church for them to serve.

This isn’t meant to be panic-mongering, and infinite extrapolations rarely follow exact lines. But if any church is losing 2.6 percent of its attenders every year – not every decade – it should be deeply alarmed. Why isn’t it?

ADDENDUM: Christian Post just put out a story analyzing the statistics, and suggesting why they might not be quite as apocalyptic as they seem. It is entitled The Decline of Decline? Alarming Rate of Mainline Protestants Leaving Church May Be Slowing Down. Time will tell.