Jesus and I were the only white people in the room.

When I was twenty years old, I went to Washington for an unpaid summer internship. The nonprofit arranged for me to stay in a small cottage behind a lawyer’s house in one of the area’s affluent suburbs. In the cottage, there was no air conditioning. I had no car. The summer was hot and lonely.

The first Sunday, I walked across the street to church. When I went inside, I saw only black people. With one prominent exception.  Above a side door, the church displayed a picture of Jesus. I didn’t known it at the time, but it was Warner Sallman’s Head of Christ, which beginning in the mid-twentieth century appeared in countless American churches and homes. 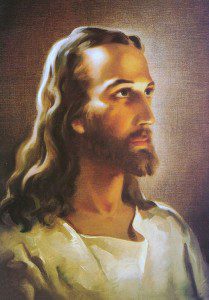 I wasn’t sure how church members felt about white visitors, but I didn’t think it appropriate to leave a church simply because of its congregants’ race. So I sat down. In this church, the deacons sat at the front and looked out at the congregation during the service. I wondered what they thought about a white kid sitting in their church. I also wondered why a group of African American Baptists had a picture of a white Jesus.

The church was my home for the summer. I don’t remember much about the preaching. But I do remember the people, especially one of the ministers. Sixty-five years old, he was a proud and dignified man.

Toward the end of summer, the minister and I made plans to eat at Red Lobster after worship. The night before hand, I was lonely and bored. The owners of the cottage were gone for the weekend and had invited me to eat or drink anything in their fridge. I should have stuck to the food. Instead, I drank too much wine.

The next morning, I was late to church. Over lunch, the reverend told me of his long struggle with alcoholism from which God had eventually delivered him. I got the message.

Last year, I thought about being in that church when I heard about the massacre in Charleston committed by a young white man at an African American church. Dylann Roof went to a Bible study at a black church and fatally shot nine people. Since that summer, I’ve learned why that little Baptist church had a picture of a white Jesus on the wall. Two of my academic friends wrote a book on that very subject. And I’ve learned a bit about the history of race, religion, and violence in the United States. Slaves who worshiped in plantation brush arbors away from the oversight of their masters who wanted them to have nothing to do with Christianity. Lynchings, which crowds watched with religious fervor. Bombs that killed children at Sunday school during the Civil Rights Movement.

I’m sure the minister and others at the Baptist church knew that history, but they greeted me with the utmost hospitality. It’s not that I especially needed the minister’s counsel on drinking. I don’t think I was heading for a life as an alcoholic. But he cared enough to share his own story with me. And on that Sunday, the cheese biscuits at Red Lobster tasted very much like the bread of heaven. 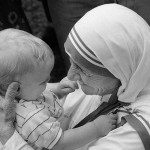 September 16, 2016 When The Backwardness Came Back
Recent Comments
1 Comment | Leave a Comment
"I know you couldn’t cover everything in such a brief history of evangelicalism, so I ..."
Roger McKinney Can Northern Evangelical Institutions Survive Evangelicalism’s ..."
"Dr. Barr,I believe Dr. Doug Oss was one of the contributors of notes to the ..."
Brian Roden Deconstructing the ESV: A Historian’s Response ..."
"I'm going to say that predatory priests and religious, along with the Magdalene Laundries, represented ..."
Jon Altman The Death Of Christian Ireland – ..."
"Sorry! I'll correct the post in just a second..."
Chris Gehrz “Evangelical”: Past, Present, and Future
Browse Our Archives
get the latest updates from
Anxious Bench
and the Patheos
Evangelical
Channel
POPULAR AT PATHEOS Evangelical
1

Three Things on Thursday
As usual, I didn't mean not to blog yesterday, I slept long...
view all Evangelical blogs
What Are Your Thoughts?leave a comment
Copyright 2008-2021, Patheos. All rights reserved.