I dearly love Mel Brooks as a comedian, but I do have some quarrels with him as a historian. In explaining that remark, I’ll return to the point I made recently about teaching European history to Americans, and some of the basic and quite counter-intuitive ideas you need to get across at a very early stage.

In the 1983 film To Be Or Not To Be, Mel Brooks plays a Polish vaudeville star in the months leading up to the Second World War, who performs a parody of Hitler. Hitler sings a number that begins,

The song’s point is, of course, that Hitler was an aggressive megalomaniac who wanted to grab neighboring territories for the aggrandizement of Germany, and himself. So far, so good, and so accurate. In retrospect, we also know that this military effort would be carried out with unprecedented savagery and ruthlessness.

What we miss in such a picture, though, is the sense that the notion of a European state trying to expand thus (minus the genocidal intent) was anything new to Hitler, or to Germany. Nor, viewed in the broad span of European history, were other countries any less guilty of such expansionism and aggression. Historically, European states were much more fluid than we might think, and “little pieces” of them – or very major portions of them – regularly did get detached and absorbed by other players on the board.

To make this very explicit, obviously I am saying nothing to justify any particular act of aggression, any policy of any nation. What I am saying is that we have to be very careful about the long term trends we may think we are seeing in European history.

Just to take one example, much of the rivalry between France and Germany concerned the territories of Alsace and Lorraine, which constituted a large part of the “little piece of France.” But by what right did those lands belong to one country rather than another? Not, assuredly, by the consistent will or decision of the inhabitants. For long centuries, both territories were linguistically very mixed, with sizable German-speaking populations, and both were part of the predominantly Germanic Holy Roman Empire. Their status changed from the later seventeenth century, due in large measure to the extremely aggressive policies of French king Louis XIV (1643-1715), who had a long history of unprovoked warfare and treaty violations. In 1681, for instance, Louis seized Strasbourg, not with any pretense that it was really French and wished to return it to the motherland, but rather, well, because it was on his borders and he wanted it. Although they had no option but to permit local languages, the French worked hard to impose French language, culture and (Catholic) religion.

Another great conqueror was Napoleon Bonaparte, who in many ways treated conquered lands much like the Nazis did in the 1940s. He grabbed territories from conquered states, partitioned and reorganized those kingdoms and nations, and created buffer states and protectorates. He imposed brutal fines and reparations, and seized treasures of all kinds (including works of art). Occupation by Napoleonic French forces was a dreadful and bloody experience, which provoked dedicated resistance movements. That was most famously true  in Spain, the home of the original resisters who fought the “little war” – the guerrillas.

Napoleonic France did not impose anything resembling genocide, at least on foreign enemies, but in France itself, the Revolutionary Vendée campaign of 1793-96 has an excellent claim to rank as an authentic genocide.

One of the worst sufferers of Napoleonic violence was the kingdom of Prussia, the very existence of which was in serious doubt between 1806 and 1813. Napoleon’s triumphant entry into Berlin in 1806 was avenged by the Imperial German parade in Paris in 1871. 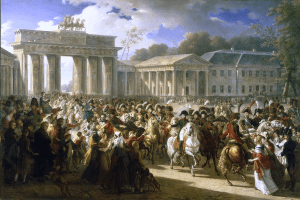 Although the incident is forgotten by non-specialists, Napoleonic ghosts walked again in 1840, when the French government declared that its natural eastern boundaries lay on the Rhine, which would have meant annexing a lot of land and cities that we today think of as indubitably German. If these territories had been grabbed, presumably they would have been absorbed culturally into France. It was in terror of such French aggression that Mainz became one of the strongest fortresses in Europe. The 1840 proposal built logically on the natural dynamic of French policy over the previous 170 years.

That 1840 crisis had a long, long, cultural and political aftermath. To get a sense of it, just read the lengthy and informative wikipedia entry on Die Wacht am Rhein!

That persistent history of French expansionism goes far to explaining the international sense of amazement and relief at the Prussian victory over France in 1870-1871, and the annexation of Alsace-Lorraine. The French restored their control after 1918, and the Germans reversed that situation again in 1940; and then back to France again.

The war of 1870-71 also set other lasting precedents. Fearing attacks by French irregulars, francs-tireurs, the Germans executed many innocent civilians, much as they would in 1914.

After the First World War, the Allies occupied the whole Rhineland region, and maintained their armed presence through 1930. The French constituted by far the largest part of the Allied presence. In 1923, citing German non-payment of war reparations, French forces additionally occupied the Ruhr region, and some hundreds of Germans were killed resisting them. The fact that the French deployed colonial and African troops in that occupation was viewed as an ultimate racial insult. Although those events are not well remembered by Anglo-American historians, the Ruhr occupation was an enormous trauma for Germany. More than anything else, the humiliation convinced even moderate Germans that a war of revenge against France would be fully justified. It is useful to think of later Nazi policies in the west as demanding revenge for 1923, rather than for the larger loss in 1918.

The question of “who started it” is not easily resolved. Nor, even if we could determine that question, does that justify later acts of tit-for-tat violence and oppression.

That record must be taken into account when we spend so much time trying to explain the phenomenon of Hitler, and speculating how the world might have been different if he had been strangled at birth. It is highly likely that at some time in the 1930s, a conservative nationalist regime would have taken power in Germany, and its first goal would have been to avenge itself on France, and to absorb much of Poland. The anti-Semitic fanaticism might or might not have been present, but the aggression and militaristic focus would have been similar to what actually occurred, Hitler or not. Perhaps that imaginary nationalist Germany would have won, perhaps not.

If things had gone very slightly differently in our own timeline, the Germans could easily have failed in their 1940 invasion of France. Their original war plans were probably doomed from the start, and would have ended up with something very much like a 1914 trench warfare situation. In that eventuality, France’s much-mocked Maginot Line would have been extremely useful. Hitler himself guesstimated that conquering France might take a million German lives, rather than the thirty thousand or so who actually perished.

Hitler was anything but a strategic mastermind. Later in the war, the British high command vetoed any attempt to assassinate him, because he was worth so much more to the Allied war effort alive than dead.

So much for all those ethical debates about killing the baby Hitler and preventing World War II.

After 1945, the French were again granted an occupation zone straddling the Rhine. It almost seemed as if this centuries-long revenge cycle would last indefinitely, until the European unification movement took hold from the 1950s onwards. Which is why that project remains so critically important, especially to older Europeans with any historical awareness.

There is no Platonic ideal of European states and maps. At some points in the story, Poland (say) is a mighty kingdom, and at others it is partitioned between other neighbors, and vanishes from the map altogether. To say that every nation and ethnic group, every linguistic group, deserves its own nation-state is an excellent manifestation of Romantic thought, by which every People (Volk) has its Language (Sprache), and it needs its Nation (Staat). But that is a mystical and metaphysical theory, with no necessary application in the real world. If that theory ever made sense, it ceased to do so when ethnic groups and languages became so intertwined that it was futile (and bloody) to determine who exactly deserved to rule which set of fields and hills.

Europeans, incidentally, are very good at inventing historical reasons why those particular configurations of states and kingdoms have existed since the mists of antiquity, and why their existence is justified by long successions of battles and heroes, saints and scholars, and noble deeds generally. Often, those efforts involve attempts to discern the will of God in such political matters. European thinkers have to be good at such cultural work and creative anachronism: after all, they have been pursuing these efforts for many centuries.

In reality, Europe has no natural states existing from time immemorial. Some states have been longer lived than others, but in no case are their borders timeless or inevitable. And in very few cases are these nations ethnically or linguistically homogeneous. Very often, sizable minorities exist and have existed, and these wish to secede, often to join neighboring states.

If matters had gone slightly differently in the 1860s and 1870s, Bavaria might be an independent country today, while an independent Denmark could easily have disappeared into the German Empire in 1870-71. If either of those events had come to pass, presumably we would today regard that reality as natural and eternal. There had always been a Bavaria and always would be, while Denmark was a distant and romantic name from the Middle Ages.

Europe’s nations are neither natural nor eternal. They come and go, they change their size and shape, and repeatedly, they have gained or lost some “pieces.”

As historians, our main task is never to assume that the situation we see at any given moment must always have existed. Usually, it is startlingly new. 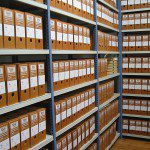 December 10, 2016
The Problems of Writing Biography (Part 3 - Evidence and Imagination)
Next Post 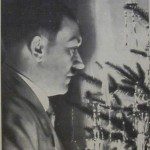 December 13, 2016 A Very Nazi Christmas
Recent Comments
1 Comment | Leave a Comment
"Simple. "A HERETIC is anyone who disagrees with me in any way shape or form." ..."
Kyllein MacKellerann What Is a Heretic?
"He was no better and no worse than his contemporaries. He just didn't like a ..."
Kyllein MacKellerann What Is a Heretic?
"The original Greek word meant "free" in one of its connotations and that meant not ..."
Karen Silver What Is a Heretic?
""...religion would have to be grounded in personal experience."Oh well, these days JFK could reappear ..."
Robert Conner Did the Fundamentalists Win? A Centennial ..."
Browse Our Archives
get the latest updates from
Anxious Bench
and the Patheos
Evangelical
Channel
POPULAR AT PATHEOS Evangelical
1