Relics and indulgences weren’t the only casualties of the Reformation. So was Christmas.

Christmas was an important feast and saint day in the centuries leading up to the Reformation. Its saint, Nicholas, the bishop of Myra in the early fourth century, loomed large in the Middle Age imagination. In fact, according to Gerry Bowler, Nicholas was the most powerful male saint on the church calendar. He was the patron saint of apothecaries, Austrians, bakers, barrel-makers, boatmen, Belgians, boot-blacks, brewers, brides, butchers, and button-makers. This abbreviated list only gets us through the B’s!

Over the next millennium, St. Nicholas gradually became associated with gift-giving more than beer and buttons. In the twelfth century, nuns began placing gifts in the shoes of little children on St. Nicholas’s Eve. The saint became an enchanting night-time benefactor—kind of like today’s Santa Claus, except with religious overtones.

The Reformation, however, nearly killed St. Nicholas’s association with Christmas. On Christmas Day in 1550, an irritated John Calvin saw a larger-than-usual crowd at his church in Geneva. He said, “Now I see here today more people than I am accustomed to having at the sermon. Why is that? It is Christmas Day. And who told you this? You poor beasts. That is a fitting euphemism for all of you who have come here today to honor Noel.” Calvin was saying that his parishioners had been duped by Catholic superstition into thinking that Christmas was more important than any other church gathering.

Other reformers agreed. Under Farel, Viret, and Zwingli, Geneva abolished all feast and saints’ days. According to one historian of the Reformation, “All special days sanctioned and revered by Rome were set aside.” The Westminster Confession of Faith similarly stated, “The acceptable way of worshiping the true God is instituted by himself, and so limited by his own revealed will, that he may not be worshiped according to the imaginations and devices of men, or the suggestions of Satan, under any visible representation, or any other way not prescribed in the Holy Scripture.” Christmas, a relic of the cult of saints, was just too Catholic in its extra-biblical prescriptions.

Martin Luther, a less-dour reformer, rescued Christmas. Wanting to transfer attention from the Catholic Saint Nick to Jesus, he depicted the Christ Child as the bringer of a very special gift. “No secular gift is strong enough to make the heart content,” he wrote. “Money or wealth can not do it, nor can sensuality. But whoever believes in (the miracle of Christmas), must be happy from the bottom of his heart.” To commemorate this gift, he gave his children toys and honey cakes at Christmas. Merchants, purveyors of the Protestant work ethic, loved it.

Catholic dissenters in the Netherlands also kept the tradition alive. At St. Nicholas fairs, vendors sold toys and big cookies in the shape of the saint. Despite orders by Protestant clergy to close them down, parents persisted in delighting their children. In America, Anglicans kept Christmas, even as the Puritans and Presbyterians refused to recognize the holiday.

We now live in the midst of an evangelical-Catholic détente. Many evangelicals, recognizing the beauty of smells and bells, are turning to Rome and Canterbury. Jamie Smith calls us to recover meaningful cultural and religious liturgies. Progressive evangelicals hail Pope Francis. Evangelical culture warriors make common cause with traditionalist Catholics. And we all give thanks that the excesses of the Reformation didn’t kill Christmas in the end. 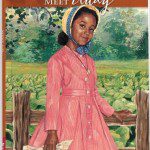 December 20, 2016
Adventures in Parenting as a Historian: The American Girl Books
Next Post

December 22, 2016 Christ Our Morning Star
Recent Comments
4 Comments | Leave a Comment
"Painful! May the coalition be feared as if they were Christ coming quickly to remove ..."
the old scribe I’m Sorry, But You’ve Been Canceled
"Thanks for these observations. Adventists are definitely not persecuted. Mostly because the draft isn't in ..."
Lisa Clark Diller Hopeful Apocalypse
"This is a very informative post. check this okbet ph"
thaomas Signs, Wonders, and the Making of ..."
"This is an interesting list of examples showing that humans throughout history are incredibly superstitious ..."
Jeff Bingham Signs, Wonders, and the Making of ..."
Browse Our Archives
Related posts from Anxious Bench 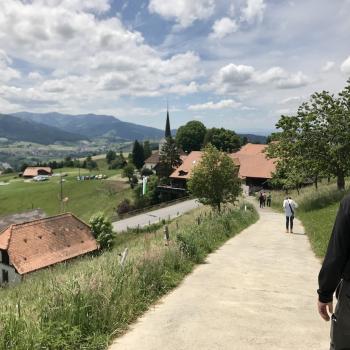