You might have noticed a theme here in the days after Donald Trump’s inauguration. First, I mentioned the political prisoners of Dachau in a post opposing Donald Trump’s call for “total allegiance” to America. Then the anti-Nazi resistance of the White Rose in a follow-up last Tuesday. Two days later, guest blogger Jonathan Couser reflected on the lessons of Detlev Peukert’s Inside Nazi Germany to suggest how Christians can engage in vigilance and, if necessary, resistance during what our friend John Fea has called “the age of Trump.” 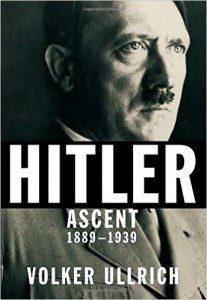 Not all of our readers have appreciated such attempts to explore the contemporary relevance of this particular chapter in German history. One commenter felt, for example, that my “total allegiance” post was “cogent, but rings with the hyperbole of much else I’ve read… The call is to careful observation not quick accusation; this piece is the latter and only that.” In particular, he or she (no full name was given) wanted me to refrain from likening Trump to Hitler.

It’s a critique I take seriously. In October 2012, I used my own blog to criticize partisans on both sides of that election for making reckless Nazi analogies. “Probably to a fault,” I wrote last May, in one of my first lengthy posts on Trump’s candidacy, “my training as a 20th century European historian who spends a lot of time teaching  about the Holocaust leaves me averse to any attempt to interject Hitler into American political debate.”

Even when they don’t concern Nazism, I tend to share Alex Williamson’s general reservations about the allure of historical analogies:

Appeals to history are wickedly hard to resist. For one thing, they’re almost always good politics. The most effective historical analogies condemn and canonize all at once, turning policy debates into morality plays and draping candidates with ersatz seriousness…. Historical comparisons also serve a more essential function by allowing human beings to safely encounter and organize a world in flux. Experience and previous categories help us evaluate new threats and opportunities while protecting us from information overload. History appears to tame epistemological chaos.

Like him, I fear that “historical parallels are crude and imperfect tools for making sense of the present,” tempting us to “make false comparisons on the basis of distorted information or neglected facts, warping the past (and present) to our particular ends.” Leaning too heavily on analogies, concludes Williamson, tends to “[peddle] certainty and solace… beguiling but dangerous promises about what will happen next.”

I still think that’s usually true. And yet, I’ve come to believe that it would be irresponsible of those historians who study National Socialism and other types of fascism not to warn of the potential for history rhyming, if not repeating, in this Age of Trump.

So wrote a commenter at my own blog last week. Knowing his politics, I suspect he was striving for sarcasm. But I don’t think it’s far off. Trump is both unlike Adolf Hitler and like him, and it’s worth thinking about the similarities and differences.

Like Hitler biographer Volker Ullrich, “I think the differences are still greater than the similarities.” Even beyond obvious personal differences in age, background, and personality, there are all sorts of pertinent non-parallels, and we should be grateful for them. Donald Trump does not take office while the head of an organized ideological movement possessing its own paramilitary force. Those of us private citizens who dissent do not risk loss of life, liberty, or employment. And I still think (as I wrote last week) that the structures of this democratic republic will prove to be more durable than those constructed at Weimar.

Most importantly: for all the harm he can potentially do to people here and abroad, Donald Trump does not come to office bent on pursuing a world war that killed 3% of the world population. For all of the racism, misogyny, and xenophobia that attended his candidacy and are already evident in his presidency, he is not remotely likely to become the mastermind of the mass murder of eleven million people whom he views as subhuman.

So let me be clear: I’m reluctantly willing to pursue the explanatory value of limited analogies to Nazi Germany — but not to the Holocaust. As another Trump critic tweeted recently:

And with that comparison, I hit unfollow https://t.co/YStNj33k6O

But if it’s inappropriate to push the Hitler/Trump analogy too far, it’s would be unwise not to consider it at all.

First, to insist that “it can’t happen here” — with “it” standing in for a dismaying array of troubling scenarios that don’t begin to approach the evil of the Shoah — is to indulge in the hubris of American exceptionalism. Such thinking implicitly denies the reality of sin and elevates a human system from the level of an inevitably flawed “experiment in liberty” to that of a divine order. In the hands of this president or some other leader, it’s entirely possible that our political system could devolve into something closer to fascism than democracy.

(“We have a tremendous danger because we can go the authoritarian route . . . or we can move toward a free and open society.” So said conservative fundraiser Charles Koch on Sunday afternoon, after officials of his political network condemned the Trump administration’s controversial travel ban.)

If I can be so bold as to tweak scripture, there is nothing entirely new under the sun. Unless you believe that all humans and their societies are fundamentally unlike and disconnected from each other, what has been is to some extent what will be, and at least some of what has been done will be done again.

But third, within the experience of this particular nation, the Trump phenomenon is so novel that we should look to other histories for help in understanding. While our 45th president might liken himself to #7 on that list, and others might suggest #37, much of what we’ve seen in his campaign, his transition, and the early days of his administration is not normal.

To the joy of supporters fed up with the status quo and the horror of opponents across the political spectrum, Donald Trump is breaking with American political traditions large and small. While some historians would interpret his presidency as part of an older pattern of crises, we should also consider the possibility that *other countries’ histories can help us understand this moment in our own national story.

I can’t help feeling foolish whenever my mind turns to the German experience under Hitler, or even to the Italian one under Mussolini (which some have found to be the more apt analogy). But it would be even more foolish for those of us who study National Socialism and other forms of European fascism to turn a blind eye to “unpleasant parallels” when they present themselves. An American president who calls for “total allegiance” to a nation and acts to exclude newcomers from that community, who promotes unilateralism and autarky in order to restore a supposed loss of national greatness, who evinces a casual disdain for truth and a petty intolerance of criticism, who curries the favor of white nationalists and trusts their counsel, who seeks to place his nation’s hopes not in the deliberate functioning of a constitutional system but in the rash actions of a single powerful egomaniac… such a leader is inviting these historical analogies.

And he’s also prompting us to compare the response of the peoples being governed. A good example here is Richard Kauffman’s recent “Call to Moral Resistance” in The Christian Century. While he agreed that “we should be careful about making facile comparisons between Hitler and Trump,” Kauffman did think that Americans “can learn… from the German people’s responses to Hitler—particularly during the early years when they might have been able to do something about his rise to power.” That’s one of the lessons of Jonathan Couser’s guest post: that while there was dissent when Hitler took power, it remained too passive and easily coopted to “[amount] to an effective resistance.”

At this point, we should still temper these comparisons with conditional language. “[I]f we find ourselves be governed by ‘an irresponsible clique that has yielded to base instinct,'” I wrote last Tuesday, then my White Rose analogy of last week would be especially relevant. Couser wrote that “in the worst-case scenario that” Trump et al. prove to be fascists, then “the most important thing a free society will need to oppose them is organization.”

But historical analogies that once sounded like hyperbole and “quick accusation” to the ears of this typically cautious historian are increasingly sounding like a necessary variety of “careful observation.”

*I very much hope I’m off base with this whole post. But if I’m wrong, I suspect that my error is not to warn of a potential slide into authoritarianism under Trump, but to seek analogies from the 20th century history I know best, rather than looking to more recent parallels. With an eye to Vladimir Putin’s Russia, Hugo Chávez’s Venezuela, Jacob Zuma’s South Africa, and Viktor Orbán’s Hungary, former George W. Bush speechwriter David Frum warns readers of The Atlantic that “What is spreading today is repressive kleptocracy, led by rulers motivated by greed rather than by the deranged idealism of Hitler or Stalin or Mao. Such rulers rely less on terror and more on rule-twisting, the manipulation of information, and the co-optation of elites….The lurid mass movements of the 20th century—communist, fascist, and other—have bequeathed to our imaginations an outdated image of what 21st-century authoritarianism might look like.” 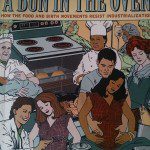 January 30, 2017
Birth and Eating as Resistance Movements
Next Post 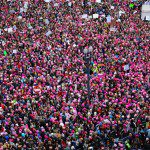 February 1, 2017 A Report from the Women's March on Washington
Recent Comments
4 Comments | Leave a Comment
Browse Our Archives
Related posts from Anxious Bench