“John Donne, Anne Donne, Undone.” According to one later account, so the Elizabethan and early Stuart poet chalked on the backside of his kitchen door the day of his secret marriage to Ann More.

Indeed, by marrying a woman without her well-connected father’s permission, Donne scuttled his career and income. The scandal of his marriage and that of his salacious early poetry thwarted his persistent efforts to gain an appointment from King James, who eventually persuaded Donne to become a Church of England minister.

Any man’s death diminishes me,
Because I am involved in mankind,
And therefore never send to know for whom the bell tolls;
It tolls for thee.

Other than his youthful exploits, his marriage, and his later ordination, I knew very little about Donne’s life until reading John Stubbs’s John Donne: The Reformed Soul.

Stubbs’s biography reconstructs Donne’s life with care and color. Born into a family of Catholic recusants, Donne rejected the path of martyrdom several of his relatives had followed and made his peace with the Church of England. Stubbs argues that this was no base compromise but instead arose out of Donne’s conclusion that the Church of England was the true descendant of England’s ancient Christianity. At the same time, Donne’s Christianity was broad-minded, liberal if you will. Donne never abandoned the contention in his “Satire” on religion that truth reached the bounds of any institution or theological system. Although he became a defender of England’s religious settlement, he — showcasing his embrace of Protestant conviction — warned Christians not to place themselves in bondage to any institution or theological system: So perish souls, which more choose men’s unjust / Power from God claim’d, than God himself to trust.” While many Protestants would have taken issue with Donne’s assessment of their own systems, these are very un-Catholic thoughts in the context of the early 1600s.

The details of Donne’s dalliances and friendships are rich, as is Stubbs’s account of Donne’s marriage. But Stubbs truly excels at capturing Donne’s relationship with God and with his church. Donne was deeply concerned about the sins of his past and his ongoing sinfulness. Donne’s impassioned pleas for mercy and union with God remind me of Augustine (a probably influence on Donne’s religious thought). “Batter my heart, three person’d God; for you / As yet but knock.” Or “Take mee to you, imprison mee, for I / Except you enthrall mee, never shall be free.”

After his ordination and Ann’s death, Donne no longer spoke about sex as he had in his early poems. Perhaps the shade of Augustine possessed Donne’s mind on such subjects as well. In 1620, Donne delivered what must be considered one of the worst marriage sermons ever. “Mariage is but a continuall fornication sealed with an oath,” he lamented. At best it was God’s “remedy against burning.” There was no place for pleasure on the marriage bed. “There is no a more uncomely, a poorer thing,” Donne warned, “then to love a Wife like a Mistresse.” As Stubbs points out, Donne had loved his own wife that way. But he was done with such thoughts. No more.

In 1621, Donne became dean of St. Paul’s Cathedral. In 1622, he repaid the king’s favor by defending in a Paul’s Cross sermon James’s unpopular directive that forbade ministers from teaching the “deep points of Predestination, Election, Reprobation,” and other controversial subjects. Donne tacked with the ecclesiastical winds and was a complete toady toward the king and his bishops. It helped that those winds blew in the direction of an inclusive, less Calvinist church.

Donne had little patience with either Catholic recusants or Puritan reformers. In Donne’s mind, England had gotten it right. The work of reformation was done. No more was needed. “God continue to us the light of this Reformation,” he preached, “without re-admitting any old Clouds, any old Clouts, and we shall not need any such re-Reformation, or super-Reformation, as swimming brains will need cross the Seas for.”

To Donne, England’s church had aided in the reformation of his own soul. In that sense, Stubbs’s title works. Donne was reformed, rather than Reformed. 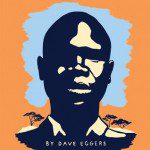 May 24, 2017
"Peace I leave with you": Christianity, History, and Nuer Culture in South Sudan
Next Post

May 26, 2017 Alternative Scriptures: Beyond the New Testament
Recent Comments
0 | Leave a Comment
"I'm about 1/4 Irish, via immigrants from Ireland in the mid 1800s. They were Anglican ..."
Howard Pepper The Death Of Christian Ireland – ..."
"The only time oikodespotein is used is 1 Tim 5:14 and it means the "the ..."
Harvey James Johnson Deconstructing the ESV: A Historian’s Response ..."
"Jude 1:3 Beloved, while I was giving all diligence to write unto you of our ..."
Michael73501 What If I’m Wrong about Miraculous ..."
"There was mention above about a book regarding Biblical women. May I suggest a FREE ..."
Michael73501 What If I’m Wrong about Miraculous ..."
Browse Our Archives
get the latest updates from
Anxious Bench
and the Patheos
Evangelical
Channel
POPULAR AT PATHEOS Evangelical
1