Who has the power to recalibrate the “Evangelical Paradigm”?

Today we welcome Janine Giordano Drake to the Anxious Bench. Janine is Assistant Professor of History at the University of Providence, a small Catholic liberal arts college in Great Falls, Montana. – Kristin

A few weeks ago, Tim Gloege penned a powerful, articulate defense of why, and how, we need to reorient the way we historicize evangelicalism within American history. Gloege reminded us, through the example of a great new essay collection, that social and political history needs to inform the way we tell the story of American evangelicalism. New research has challenged some long-held assumptions about the nature, and influence, of evangelicals in the nineteenth century. Serious scholarly attention to women, African Americans, and immigrants has also reframed the new shape of evangelicalism and the rise of Fundamentalism in the twentieth century. Gloege issued a stirring plea to Christian scholars to not only diversify their historical subjects but also welcome diversity within the scholarly guild. I could not agree more.

However, I have to ask a somewhat 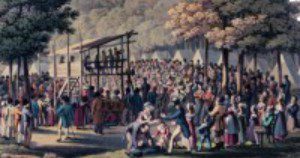 taboo question: Why has this cross-fertilization between Church history and social history not happened earlier? What is different about this moment in Christian scholarship that was not the case ten, fifteen, or twenty years ago? Are college students and administrators in Christian universities now more receptive to discussions on social and political justice than they were a generation ago? These questions stem from real curiosity. As a practicing Catholic and professor at a Catholic liberal arts college, I am not currently in the evangelical guild of “Christian scholars.” Yet, I am a scholar of evangelicalism, and my observations on the guild over the last fifteen years have led me to wonder if the ambitions Gloege nobly marks out for us cannot be accomplished through the sheer will of historians and their scholarly endeavors. I wonder if the future of this scholarly conversation depends upon the explicit cooperation of university and cultural authorities within the evangelical world.

I should explain where I’m coming from. I never met an evangelical (or really, a practicing Protestant) until I got to college. I grew up in New York and did both my undergraduate and graduate work in public universities, specializing in the history of immigrants, African Americans, women, workers, and labor unions. Yet, in those same public universities where I gobbled up feminist theory, critical race theory, postmodern literary theories and labor history, I also became a leader within Intervarsity Christian Fellowship chapters, and allowed the organization to change my life. Through IVCF, I received some of the best training in theology, particularly relating to social and political justice, that one can find. I fell enchanted with the fact that Christ died to redeem social and political sin, and surrounded myself with likeminded Christians—most of whom called themselves evangelicals. When I encountered in my evangelical church surprising arguments on gender complementarity and “Godly” orders of racial paternalism, I picked up library books (or downloaded dissertations) by Betty DeBerg, Christine Heyrman, Matthew Frye Jacobson, Ed Blum, Paul Harvey, Derek Chang, Chip Callahan, and many others. I learned from all this scholarship that the evangelical Christianity of the early twenty-first century grows out of cultures of white supremacy, condescension toward immigrants, and efforts to thwart the rebellions of women and African Americans in defense of their rights to citizenship.

Yet, when I attended my first conference of the Conference on Faith and History in 2005 (and my next, in 2007), I was shocked to learn how distant many “evangelical historians’” frame of reference was from that of us social historians. Scholarship on women and missions focused heavily on recovering women’s roles as missionaries, but offered little comment upon the condescension of so many Protestant missionaries toward their subjects, not to mention the implicit violence of missionaries’ historical alliances with the US military. Shifts in theology, with the occasional exception of the rise of Methodism, rarely took into account the participation of regular people (the poor) in effecting those social and political changes. Everyone was talking about Mark Noll’s Scandal of the Evangelical Mind (1994) and George Marsden’s Fundamentalism and American Culture (1980), so I soon read both. I grew intrigued by the role of ideas such as “common sense realism” and premillennialism in remapping the authority structures within American churches. But, I was also confused by why both authors left out class—the reality of poverty—as a major factor in the splintering of mainline churches in the late nineteenth and early twentieth centuries. As a social historian, I could think of many reasons why working class churches would develop hostilities to upper class churches and the powerful educational institutions which they controlled. I wondered why these reasons were taboo. CFH plenaries also championed something called “Christian scholarship,” the vague idea that one can tell “history through the eyes of faith.” At the time, George W. Bush was escalating his “Operation Enduring Freedom” and evangelicals were rallying behind him. I wondered how the “eyes of faith” connected to the suppression of race, gender and class as critical categories for assessing the development of Western Civilization and the role of the US in the world.

Yet, while I was deeply confused, and a bit critical, of the concept of “Christian scholarship,” I was no less of a Christian. In fact, this discovery of “Christian scholars” made me more, not less, interested in pursuing the vocation of teaching in a church-related university. I organized my graduate Christian fellowship into disciplinary categories and set up monthly dialogues on the “Integration of Faith and Scholarship.” I moderated a Veritas Forum. When I was ready for an academic job, I enthusiastically wrote a “Statement of Faith” on how my faith informs my historical attention to social and political injustice. I got calls for interviews at a number of Christian colleges and universities. It was not until then that I learned who actually has power to define “Christian scholarship” and, as Tim Gloege put it, to “change the evangelical paradigm.”

“How would you respond to the argument that Catholics aren’t really Christians?” interviewers asked from three separate institutions. I hesitated each time. Usually, the question had a disclaimer. “I mean, none us in the History Department has any problem with Catholics. We are all very excited about what you could bring to campus. But, if you were asked that in your second interview, perhaps with the dean, how would you respond?” Sometimes, I did get to the campus visit stage, and really met those administrators, and really did get questions along those lines. Administrators also inquired if I was a socialist, and if I thought socialism was consistent with Christian theology. It was not until a dozen interviews into the process that I realized the question, “How does your faith inform your scholarship?” is, for some, a political dog whistle. My answer, “I excavate histories of social and political oppression,” usually triggers questions about my appreciation of the Constitution.

I do not know for sure, but I do have a hypothesis: To the extent Christian university administrators make the final decisions over hiring, firing and tenure, those administrators are the real gatekeepers of the “evangelical paradigm.” They are the only folks, barring massive resistance by faculty, with the power to recalibrate that paradigm. I have rarely met an historian at a Christian college who did not respect US social history as a legitimate area of inquiry. Yet, I rarely met a university president who did. 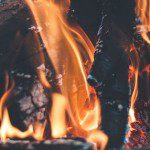 July 28, 2017 Five Rivers Flowing Out Of Paradise
Recent Comments
0 | Leave a Comment
"What a great post, Allie! Insightful and eloquent."
Ansley Every Day People in Every Day ..."
"Impressive article. Provides the necessary perspective for entering into an informed discussion about the science/religion ..."
the old scribe Science, Religion, and Nineteenth Century Protestantism
"Very helpful! Thanks! It seems history has always been used as a weapon."
Roger McKinney Science, Religion, and Nineteenth Century Protestantism
"You have done nothing to refute my point. Certainly we should do the affirmative things ..."
NorrinRadd Ron Sider and the Fate of ..."
Browse Our Archives
Related posts from Anxious Bench