Teaching Religion: A Year in the Life

For many years, I taught an introductory Religious Studies course on World Religions. On several occasions, I taught this in an Honors class format, which allowed me to get into some major themes in some detail. In the next few posts, I have some comments and questions about the whole enterprise of teaching Religious Studies at college level. I begin with a simple request for information, which actually does raise some serious issues. Can anyone point me to good books that examine the lived religious experience of a particular community over an extended period of time?

There are countless texts for survey classes, but most suffer from what I call the Curse of Scripture. They tell you a great deal about religion X through its holy writings, which are usually presented as if they have the same authoritative role as the Bible in Protestant Christianity. That reflects the Protestant origins of earlier scholars in this field, who assumed that “real” religion is scriptural, literate, and cerebral, and that ritual or ceremonial religion is at best secondary, at worst a contamination of true faith. The problem is that even a thorough understanding of scriptures prepares you very badly to comprehend the lived realities of any faith. To some extent you can compensate for that by teaching the history of a faith tradition, but that still falls short of current realities.

Read the Vedas and Upanishads all you like, and they are towering works of genius and inspiration, but they tell you very little about what ordinary Hindu people really do from day to day, or what it actually means to be a Hindu. Worse, the scriptural obsession forces you to give very short shrift to religions where texts and writings just do not play that significant a role in religious life, especially in East Asian faiths.

Religion is what people do, not what they read.

Some texts do try and get past this barrier, and one I really liked was Michael Molloy’s Experiencing the World Religions, which is now in an impressive sixth edition (2013). But by far the best and most useful teaching tool I found was studies of particular communities, ideally through something like “A Year in the Life.” Two examples were extraordinarily useful: John K. Nelson, A Year in the Life of a Shinto Shrine (1996) and Nora Gallagher, Things Seen and Unseen (1998). Nelson describes the Suwa shrine in Nagasaki, while Gallagher’s book covers a year in the life of her Episcopal parish in Santa Barbara.

Both books are ethnographies, or participant observations. However different the settings, both books traced the long arc of the ritual and liturgical life, the fasts, feats and holy days, the cycles of the year. Above all, they told us what people actually do and did at any particular moment. What are places of worship really like, in terms of how we experience them through the various senses? Also, how much of religious life actually goes on outside the formal building, in the setting of the home or family? That is an obvious question, for instance, when dealing with Judaism, but to varying degrees it is true of all faith-traditions. Within the congregation, what do people fight about? What are the hot button issues right now?

But what else exists by way of books, preferably works that are reasonably current and contemporary? If I want to teach about Islam, I can get people to read about the Quran and Islamic history, but what do people in a typical mosque actually do throughout a year or so? What is life like from day to day? Critically, what are their interests and concerns right now, as opposed to what we find in books written a century ago?

So please: can people point me to other such books on lived religion – any religion – ideally but not necessarily on roughly the “Year in the Life” format? Is there even such a thing about a Catholic or Orthodox parish, or a Baptist church? Any such study in an African or Asian context would be a pearl beyond price.

Or am I right in saying that such long-term lived religion studies are as rare as I think? If so, that is a depressing comment on the ways in which we study and teach religion. 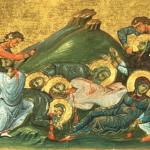 August 24, 2017
7 Women Who Shaped Christianity and Western Culture
Next Post 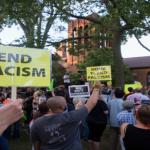