Today at the Anxious Bench, historian George Marsden weighs in on how we define “evangelicalism” in the age of Trump, and on the role of Christian scholarship in the evangelical tradition.

Back in the 1980s when “evangelicals” were making the news in some unbecoming ways, my friend and Calvin College colleague, Ronald Wells, announced that he would like to resign as an “evangelical” but did not know where to send the letter.

These days there is no need to worry about a letter; just post your resignation online. And it seems as though almost every day more are joining in that chorus. Since I began this piece, the most prominent is Peter Wehner, who in the NYT declares “Why I Can No Longer Call Myself an Evangelical Republican.” Scott McKnight stated the problem here succinctly: “The issue is politics; the present painful reality is Trump. The reality is 81% of evangelicals voted for Trump. The word ‘evangelical’ now means Trump-voter. The word ‘evangelical’ is spoiled.”

And many American “evangelical” scholars worry that the spoilage goes beyond the term. Jay Green, the outgoing president of The Conference on Faith and History, summarized widespread concerns when he declared: “It is simply no longer the case that evangelicalism functions as an expression of Christian faith capable of sponsoring either serious intellectual engagement or genuine cultural renewal.”[1]

While such reactions are wholly understandable, I would like to suggest a couple of thought experiments that might help clarify our thinking about “evangelicalism” generally, and then about “evangelicals” and scholarship. First, and most basic: how would these issues look if, instead of speaking of “evangelicalism” as though it were one thing, we started with our recognition that it is many different things.

I am as guilty as anyone of sometimes speaking of “evangelicalism” as though it were one thing, even while going on to point out its diversities. But what if we started with the diversities?

In fact what we call “evangelicalism” is made up of a vast number of different churches and organizations from around the world that are mostly disconnected with each other, even though they share a number of basic common features (notably, “biblicism,” “conversionism,” “crucicentrism,” and “activism,” as defined by David Bebbington). And if we start our thinking about “evangelicalism” by recognizing this fundamental diversity, that invites a second thought experiment: what if we thought first of “evangelicalism” in the light of its many majority world manifestations, instead of first through an American lens?

A helpful habit of mind for thinking clearly about “evangelicalism” as fundamentally a collection of diverse, but loosely related, phenomena is to think of it as analogous to a biological genus. The genus of mammals, for instance, includes wide varieties of species that share some essential identifying traits, but we are not in the habit of thinking of them as one thing. So we immediately recognize that in most respects it is a fallacy to generalize from the character of house cats to say what giraffes are like. So also it should be easy to see that it is a mistake attribute the characteristics of white Baptist Trump voters to prosperity gospel pentecostals in Kenya, or to confuse either with the attitudes of the evangelical Christian Union in Oxford.

So how would thinking of evangelicalism as analogous to a genus bear on the question of whether the election of Donald Trump reveals that the whole project of what has been called “evangelical” Christian scholarship has been largely a failure?

In this regard, we need first to remind ourselves and others that assigning the term “evangelical” just to white Americans, as the pollsters typically do, is equivalent to the fallacy we would be committing if we assigned the term “mammal” just to house cats.  “Evangelical” for the pollsters becomes mostly an older-stock white ethno-religious political category of people who have been locked into voting overwhelmingly Republican for a long time.

So if, rather than buying into that fallacy, we recognize and reject it, then it is much easier to see that “evangelical scholarship” is something that might be flourishing among some species of the genus “evangelical,” but is virtually unknown among other species. That has always been the case. It is no news that most species of American “evangelicals” have been shaped by populist trends and have been largely anti-intellectual and susceptible to pseudo-intellectual theories. Or did we ever imagine that more than a handful of the parishioners who flood into the scores of huge prosperity-gospel mega-churches throughout the country would even have heard of the writings of Mark Noll or James K. A. Smith? That is not likely to change.

So we have as much reason in 2017 as we did in 2015 to recognize that “evangelical” scholarship is flourishing among some species of “evangelical” churches and their schools and is sometimes having important leavening influences. One need only talk to a sampling of returning alumni of the over one hundred members of the Council for Christian Colleges and Universities to see evidence of ongoing positive influences of thoughtful Christian perspectives in shaping church parishioners and leaders over the years.

And, for a generation now, talented young “evangelicals” have been crowding into graduate school, so that there is no lack of scholarship of stellar quality. Likewise “evangelical” seminaries, such as Gordon-Conwell, Trinity, Fuller, Reformed, and many others, have truly impressive faculties and are sending out many thoughtful pastors. And quite a few “evangelical” churches that are not anti-intellectual, especially among the Reformed, are flourishing.

Some such churches have impressive multicultural urban ministries that hardly fit the “white evangelical” stereotype. Many kinds of American “evangelical” seminaries today are centers for international diversity. Many evangelical charities in America and around the world have been founded and supported by graduates of such schools and reflect in part teachings that Christians need to witness to the Gospel in ways that go beyond local interests and prejudices. All sorts of other American evangelical organizations have significant connections abroad, and some of these foster scholarly exchange, as for instance when Christian colleges in African interact with their American counterparts. Or one can find impressive numbers of Chinese and Korean Christians who are familiar with American Christian scholarship.

It may well be prudent for the time being for non-Trump American Christians, including most Christian scholars, to distance themselves from any identification as “evangelical” in public. The term has never been that widely used as a primary self-identification. Yet the term may still be useful intra nos, as in “the Evangelical Theological Society or for Americans who are relating to their British “evangelical” counterparts or in connecting with those involved with the Lausanne Conferences on World Evangelization.

Certainly the word “evangelical” is still useful historically to help describe a huge set of historical phenomena and the remarkable fact that they can be so diverse yet hold certain features in common. At least it seems safe to predict that long after Trump is gone, if the human species survives, many varieties of what are now called “evangelical” Christians will still be flourishing. And some of these will be flourishing even more–especially I would hope by being kept closer to the mainstreams of the Christian heritage and all that implies in practice–if the faithful scholars among them do not lose heart.

[1] Jay Green, “Whither the Conference on Faith and History?  The Politics of Evangelical Identity and the Spiritual Vision of History,” Fides et Historia 49 (Winter/Spring 2017): 1-10 (quotation 10). 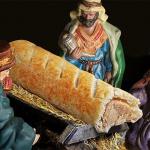 Evangelical
Remembering the Regress of a Righteous Pilgrim of...
Anxious Bench
TRENDING AT PATHEOS Evangelical