It is Time to Stop Using Paul Against Women: A New Year’s Resolution for Christians 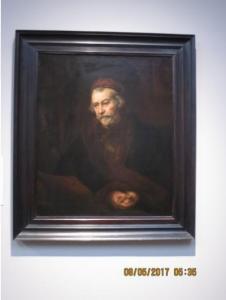 I can’t tell you how many times I have heard that from female undergraduates. Young women scarred by how many times passages from the Pauline epistles have been used against them: women be silent (1 Corinthians 14), wives submit to your husbands (Ephesians 5), women cannot teach or exercise authority over men (1 Timothy 2). Christian women, according to conservative “evangelicals”* (as the news media keeps labeling them), are designed to follow their husband’s lead and focus on family and home. Occupations other than family should be secondary for women, mostly undertaken out of necessity or when the children are grown.

I remember a conversation from just a couple of years ago with a female student. She asked if I ever experienced tension with my full-time career as college professor, my role as mother, and my husband’s job as pastor. Was my family okay with me, as a pastor’s wife, working? But the student really didn’t want to talk about me. She wanted to tell me about her own frustrations as a career-minded Christian woman. The student, from a conservative church background, was exasperated with a recent conversation she had with her father. She was having anxiety about her major and asked her dad for advice. Her father, attempting to help, suggested her major didn’t matter that much since she would just get married and not work anyway. The student retorted, “Dad, are you really sending me to four years at Baylor for me to never use my degree?!!”

Evidence suggests the experience of this student isn’t anomalous.  It matches attitudes “evangelical” Christians hold about women. A recent Barna poll found that while Americans in general are becoming much more comfortable with women in leadership roles and more understanding of the significant obstacles women face in the workplace, “evangelicals” lag behind.

Perhaps the most startling lag in evangelical attitudes concerns women in specific leadership roles: as president and pastor. I commented in a 2016 blog that Wayne Grudem’s attitude toward women (that they should never be in authority over men) made it impossible for him to support a female candidate for president. The Barna poll indicates I was right about this. Evangelical Republicans, like Grudem, who rallied around Donald Trump also reflect the lowest levels of comfort with a female president. 98% of Democrats are fine with a female president as opposed to 65% of Republicans.  85% of American adults support the idea of a female president while only 73% of evangelicals do. For at least some evangelical and Republican voters (27% to 35%), the problem with Hilary Clinton wasn’t just because she was a Democrat; it was also because she was a woman.

My students are so tired of hearing me say this, but ideas matter. Ideas that women are less than men affect how men treat women. Just ask the 9 women who, as of December 7, accused Roy Moore of treating them as less than human (to put it nicely). It didn’t surprise me at all to read that a course on law and government co-authored by Moore calls women the “weaker vessel” and “unfit” for political office (this particular section was not written by Moore, but he did allow for its inclusion). As Joyce White Vance wrote, “Roy Moore is committed to a culture that believe women are not men’s equals.” This, she explains, is why he thought it was okay for him to sexually pursue teenage girls. “In Roy Moore’s vision of Alabama, it’s acceptable for 32-year old men to date young teen girls, as long as their father’s permission is obtained first. Moore’s views consistently suggest that men are entitled to control women.”

Ideas about women really do matter.

What about female pastors? This is the most shocking statistic (at least for me) in the Barna poll. While 79% of American adults are fine with a female priest or pastor, only 39% of those identifying as evangelicals are. The statistic improves to 62% with the category “practicing Christian,” but this still lags noticeably behind the national average. Many evangelicals continue to be uncomfortable with women in ministry.

But why? Why are evangelicals so uncomfortable with women in leadership roles, especially ministry roles? I think Roxanne Stone, editor in chief at Barna Group, hit the nail on the head.   “There is a long history among evangelicals of emphasizing motherhood and family as a woman’s primary calling. While the broader culture, and much of the Christian church, has shifted away from this, evangelicals seem more reluctant to do so. This reluctance is often tied to a scriptural reading that insists men are to occupy primary leadership positions within the family and church and, by extension, society.”

In other words, it is because of Paul. Or, at least, how evangelicals interpret Paul.  Evangelical Christians, especially since the mid-twentieth-century, interpret Paul as designating permanent and divinely ordained role distinctions between men and women. Men lead. Women follow. The Bible tells us so.

But what if the Bible doesn’t say this?

What if evangelicals have been reading Paul through the lens of modern culture instead of the way it was intended?

When my undergraduate students tell me that they “hate Paul,” I counter them. It isn’t Paul they hate; they hate how certain interpretations of Paul have been used against women.

My 2018 challenge to all evangelicals, men and women alike, is to reexamine how you read Paul. If your bookshelf is full only of John Piper, Wayne Grudem, and other members of the Council for Biblical Manhood and Womanhood, why don’t you read something else? Like Beverly Gaventa, Philip Payne, Scott McKnight, or Ben Witherington III?

As a historian I know how much culture influences the way we see the world—including the way we read biblical text. There is a reason that medieval Christians emphasized vastly different bible verses than modern Christians. It is because medieval culture was different than modern culture. Are you open to the idea that the way you read Paul is influenced less by what the Bible says and more by what your conservative upbringing (culture) tells you the Bible says?

For my next few posts, I am going to show you how culture influenced the interpretation of Paul throughout history—from medieval Europe to Africa. We will start with (for next time) a reading list of my top ten books to help you think more deeply about the Apostle Paul and the implications of his writings for women and men.

In the meantime, I am going to leave you with Paul’s words from Romans chapter 16 (NIV—thanks BibleGateway). I have bolded all the women mentioned. Just something to think about until next time.

I commend to you our sister Phoebe, a deacon of the church in Cenchreae. 2 I ask you to receive her in the Lord in a way worthy of his people and to give her any help she may need from you, for she has been the benefactor of many people, including me.

3 Greet Priscilla and Aquila, my co-workers in Christ Jesus. 4 They risked their lives for me. Not only I but all the churches of the Gentiles are grateful to them.

5 Greet also the church that meets at their house.

Greet my dear friend Epenetus, who was the first convert to Christ in the province of Asia.

6 Greet Mary, who worked very hard for you.

7 Greet Andronicus and Junia, my fellow Jews who have been in prison with me. They are outstanding among the apostles, and they were in Christ before I was.

8 Greet Ampliatus, my dear friend in the Lord.

9 Greet Urbanus, our co-worker in Christ, and my dear friend Stachys.

10 Greet Apelles, whose fidelity to Christ has stood the test.

Greet those who belong to the household of Aristobulus.

Greet those in the household of Narcissus who are in the Lord.

12 Greet Tryphena and Tryphosa, those women who work hard in the Lord.

Greet my dear friend Persis, another woman who has worked very hard in the Lord.

13 Greet Rufus, chosen in the Lord, and his mother, who has been a mother to me, too.

14 Greet Asyncritus, Phlegon, Hermes, Patrobas, Hermas and the other brothers and sisters with them.

15 Greet Philologus, Julia, Nereus and his sister, and Olympas and all the Lord’s people who are with them.

16 Greet one another with a holy kiss.

All the churches of Christ send greetings.

17 I urge you, brothers and sisters, to watch out for those who cause divisions and put obstacles in your way that are contrary to the teaching you have learned. Keep away from them. 18 For such people are not serving our Lord Christ, but their own appetites. By smooth talk and flattery they deceive the minds of naive people. 19 Everyone has heard about your obedience, so I rejoice because of you; but I want you to be wise about what is good, and innocent about what is evil.

20 The God of peace will soon crush Satan under your feet.

The grace of our Lord Jesus be with you.

21 Timothy, my co-worker, sends his greetings to you, as do Lucius, Jason and Sosipater, my fellow Jews.

22 I, Tertius, who wrote down this letter, greet you in the Lord.

23 Gaius, whose hospitality I and the whole church here enjoy, sends you his greetings.

Erastus, who is the city’s director of public works, and our brother Quartus send you their greetings. [24]

25 Now to him who is able to establish you in accordance with my gospel, the message I proclaim about Jesus Christ, in keeping with the revelation of the mystery hidden for long ages past, 26 but now revealed and made known through the prophetic writings by the command of the eternal God, so that all the Gentiles might come to the obedience that comes from faith— 27 to the only wise God be glory forever through Jesus Christ! Amen.

*I agree with my colleague Tommy Kidd that “Evangelical has become a meaningless term.” I use it simply because the Barna poll did and because I am not yet sure what else to use. 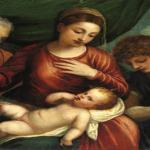 December 26, 2017
Why the Second Day of Christmas Matters
Next Post 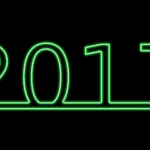 December 28, 2017 The Anxious Bench Year in Review: 2017
Recent Comments
0 | Leave a Comment
"Impressive article. Provides the necessary perspective for entering into an informed discussion about the science/religion ..."
the old scribe Science, Religion, and Nineteenth Century Protestantism
"Very helpful! Thanks! It seems history has always been used as a weapon."
Roger McKinney Science, Religion, and Nineteenth Century Protestantism
"You have done nothing to refute my point. Certainly we should do the affirmative things ..."
NorrinRadd Ron Sider and the Fate of ..."
"When we try to prohibit behavior that many people consider, we simply drive the behavior ..."
Silverwolf13 Ron Sider and the Fate of ..."
Browse Our Archives
Related posts from Anxious Bench