When I write about the canonical gospels, as I often do, I follow a commonly accepted chronology of their composition and “publication.” But “commonly” does not mean universally, and rival dating systems do exist. Some scholars, including some very fine ones, argue for much earlier datings, and if they are correct, this has implications for the historical authority of those texts. Let me explain why I believe the standard consensus view in these matters is actually correct. Bear with me if this all seems basic, but it is critical.

That standard view looks like this. Mark wrote a gospel around 70-75 AD, and that text was then used by Matthew and Luke, presumably in the 80s and 90s. Matthew and Luke also used another source called Q, which might have material going back to the 40s or 50s. John’s gospel appeared in something like its present form around 100. In this whole story, for reasons I will explain, one pivotal date is the catastrophic sack of Jerusalem in the later Summer of 70, and the destruction of the Temple.

This model can be attacked in multiple ways, including the argument that Mark was not in fact the first gospel, but was rather a summary of Matthew. Some held that view in the  early church (which explains why the gospels appear in the sequence they do in our New Testaments), but it is very much a minority stance today. On that basis, some scholars reject the existence of Q. As in the arguments about Matthew, this is a minority position, but it is held by some distinguished experts. From another angle, I admire John A. T. Robinson’s book about Redating the New Testament (1976), which argued for extremely early dates for the whole text, placing it basically all before 70. I agree with virtually nothing he says, but he had the immense gift of forcing you to confront tough questions.

For the sake of argument, let’s accept that fundamental  idea about “Mark First.” An overwhelming piece of evidence for dating Mark comes in that gospel’s thirteenth chapter, in which Jesus foretells the Fall of the Temple. As he asks his disciples, “Do you see these great buildings? There will not be left here one stone upon another, that will not be thrown down” (RSV). He then explains how that event will follow a series of wars, persecutions, and catastrophes, in what looks like a powerful account of the grim conditions faced by Jesus Believers in the years of the Jewish War, in the mid-late 60s. This Marcan Apocalypse was all prima facie written after the Temple fell in 70, and that is a foundation for dating everything else.  The obvious interpretation is that these circumstances were very much in the minds of the author when he wrote it, and of his audience, within a couple of years after the Fall of the Temple.

To this day, some scholars claim that this passage need not post-date 70. As they point out, the description of the Abomination of Desolation (13.14) could refer to an incident in the time of the emperor Caligula, around 40. Also, much of our present text draws on well known Old Testament passages and prophecies, which a pre-70 author might have sewn together. And then, wouldn’t you know it, that scripturally-based prophecy turned out to be literally correct in 70! What are the odds?

I just don’t believe that interpretation because of the structure of our present chapter, which begins with Jesus briefly foretelling the ruin of the Temple. He then proceeds to the discourse on the Mount of Olives, where he elucidates the shape of things of come, and in great detail. Yes, there had been many other threats to the Temple, and other Abominations, from the time of Daniel onward (around 165 BC), through Caligula. But this Marcan text only really makes sense in a post-70 context. It assumes the fall of the Temple not as a general threat or prospect (as might have been written in 40, say) but as a real fact, and then interprets that horrible datum. It reads as if it was written for a community stunned by that event, and seeking context and explanation. The account of the horrors in the land looks altogether like a direct recollection of the nightmares of the 60s, rather than a hypothetical vision from two or three decades earlier of what might happen if things turned bad.

Surely, surely, we can confidently assert that the whole Marcan passage was written after 70, and incorporated Old Testament passages to create a kind of retroactive prophecy, as so often occurs throughout the Gospels. Personally, I find those arguments about Mark 13 being an earlier concoction to be profoundly unconvincing, and straining the evidence to the limits.

Here, someone might object: but if Jesus was the Son of God, could not he have prophesied these events a generation before? He certainly could. But if he had been prophesying, he would have done so with strict accuracy, and would not have ended these disasters with the Day of Judgment and the Coming of the Son of Man, which did not occur in the 70s.

Alternatively, might a post-70, post-Temple, account have been added to an earlier text to make up the Mark we know today? That actually raises a critical point about what we mean when we talk about dating a gospel. These are not unitary documents, and most reveal stages and layers of composition and editing. But in Mark’s case, it is very unlikely indeed that the Little Apocalypse passage is a later addition. It fits precisely into the structure and narrative of Mark’s Gospel as we have it, and it just cannot have been a later interpolation. It is an integral part of a well constructed whole.

One final thing, for those who believe that Matthew came first, and that Mark abridged him. Matthew has his own extremely similar apocalypse in his own gospel, and exactly the same arguments apply to him as to Mark. Even if Matthew’s was the first gospel, then it was still written after 70.

My suggestion, then, is that the Marcan Apocalypse is a decisive argument for dating that whole gospel, and for other texts that drew on it, including Matthew and Luke. That fact is a foundation on which other things can be built.

In my next blog, I’ll address the question of whether seemingly primitive or pre-70 features in the gospels as we have them reflect very early composition. I think I can show clearly that this argument does not work.

For those various reasons, I believe that the “standard chronology” of dating the gospels is firm and reliable, and none of our existing gospels predate 70. Anyone wishing to make contrary arguments faces a stiff burden of proof.

I am grateful to an Anxious Bench reader posting as “J. Bob” for asking the valuable questions that called forth this present response. I wish I could acknowledge him by a full name. 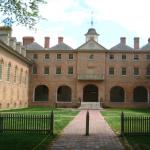 April 3, 2018 4 Questions to Answer Before You Decide on a College
Recent Comments
7 Comments | Leave a Comment
Browse Our Archives
get the latest updates from
Anxious Bench
and the Patheos
Evangelical
Channel
POPULAR AT PATHEOS Evangelical
1