Walking on the Water, Revisited

I am here expanding a column I posted on this site back in 2014.

I had previously posted on Jesus’s Resurrection appearance in John 21, where the disciples meet him at the Sea of Galilee. I argued that this scene, or something like it, was the very oldest version of the Resurrection story, and that by several decades it predated the familiar story of Jesus meeting Mary Magdalene in the garden. We miss this point because the present structure of the Fourth Gospel lets us read the Galilee story as a later appearance, as an additional visit that Jesus pays to his faithful followers.

Paul’s celebrated passage in 1 Corinthians 15 is unquestionably the oldest and most authoritative statement of what the very first Christians believed, and as such, it deserves careful reading. Paul is certainly repeating a kind of credal statement, which he presumably acquired in Jerusalem in the 30s:

that Christ died for our sins in accordance with the scriptures,

that he was buried,

that he was raised on the third day in accordance with the scriptures,

and that he appeared to Cephas [literally, “was seen by Cephas,” ophthe Kepha],

then to the twelve.

Then he appeared to more than five hundred brethren at one time, most of whom are still alive, though some have fallen asleep.

Then he appeared to James,

The fact that Peter is here remembered as Cephas strongly suggests that this is a primitive statement, which likely originated in Aramaic. These are the pristine words of the pre-Gospel Jesus Movement – in fact, the pre-Paul movement. They cannot have been produced more than a few years after the crucifixion, and conceivably might have been composed just months after that event.

Supporting that very early date, this proto-creed includes stories that were forgotten or dropped out of what became the literary tradition we have in the gospels, like the appearance to the five hundred, and to James. The absence of those Resurrection appearances from later accounts demands our close attention. Such historical amnesia offers a sobering insight on just how much of that primal tradition we have lost irrecoverably, and which might have been lost before the end of the first century. Surely, we would think, those stories were not incidental to the larger narrative and belief system, but were rather fundamental to the whole structure.

Someone could write a fine book on just how, when, and why those later appearances dropped from the story, and the implications of those irretrievable absences for the making of the larger gospel tradition. Were the omissions conscious and deliberate, or did they reflect simple ignorance of that earliest historical tradition? What did the evangelists not know, and why did they not know it?

The Resurrection narrative known and recorded in the Jerusalem community of the 30s was unrecognizably different from the standard accounts we know from the canonical gospels, and which will form the basis of so many thousands of sermons in American churches this coming Easter weekend. A chasm of historical memory separates us from that primitive community – the chasm probably being the Jewish War of 66-73, or perhaps the growing division between Jewish and Gentile communities of Jesus followers.

But note what this proto-creed says about the Resurrection. Jesus rose on the third day, he appeared to Peter, but there is no indication of the chronology of this “seeing.” We are not told the linkage between the rising and the “being seen,” or the gap separating them. We are not told that this appearance occurred on the third day, or in Jerusalem, or any particular time or place. What I am suggesting here is that the first seeing, the first appearance, occurred at the lake in Galilee, as described in John 21.

Whatever we make of that idea, there is no doubt that this particular scene is presented as a post-Resurrection appearance. Others have suggested that the same incident might also be depicted in the Gospels in another setting, but where the story’s original context has become confused.

Rudolf Bultmann and others suggested that other early Resurrection appearances survive in the Gospels in the form of stories that are now associated with Jesus’ lifetime. Actually, that sort of confused reshuffling is all the more likely given what I said above about the forgotten parts of the earliest creeds. When the gospels were written, the writers had a lot of stories to deal with and didn’t exactly know what to do with some of them.

The Transfiguration (Mark 9) is the best known example of such a possible “displacement.” Here, though, I’m referring to the famous scene when Jesus is seen walking on the water (Mark 6: 47-51, Matt. 14.22-33, John 6.16-21), which is generally listed among the miracles Jesus performed during his lifetime. Plenty of scholars through history have noted the resemblances between this scene and the acknowledged post-Resurrection appearances, especially that in John 21.

Here are some obvious parallels:

*In both, the setting is the Sea of Galilee, and the disciples are aboard ship. Both stories give the time as early morning.

*When they see Jesus on the sea, they think he is a ghost (phantasma: Mark 6.49, Matthew 14.26). This is an interesting choice of words. In Luke, the disciples meeting the risen Christ think he is a ghost or spirit, pneuma, which Jesus disproves by eating some fish (Luke 24.37-42). However, some very early writers use other words in place of pneuma in this verse. Not much after 100 AD, Ignatius thought Jesus had denied being a “bodiless daimon,” but Tertullian a hundred years later thought that Jesus had denied being a phantasma. Phantasma is a common alternative reading, which also appears in some ancient gospel texts, especially in the Western tradition.

Put another way, Mark and Matthew say that the disciples initially thought that Jesus walking on water was a supernatural being, and used exactly the same word that was commonly used in one of his documented post-Resurrection appearances.

*Jesus tells them not to be afraid (me phobeisthe), “It’s me” (or “I am,” ego eimi). The same words for “Don’t be afraid” are used by the angel meeting the women at the tomb, and then by the Risen Jesus himself (Matt. 28.5, 10). The ego eimi phrase is usually characteristic of John, and it is often taken to suggest a claim to divine status.

*The Resurrection context is strongly apparent in Matthew. Matthew (alone) makes the parallel much stronger than Mark or John by stressing Peter’s central role. As in John 21, it is Peter who leaves the boat to meet Jesus.

*Matthew, again, adds dialogue that strongly recalls post-Resurrection appearances. Jesus asks Peter “Oh you of little faith, why did you doubt?” Although the verbal parallels are not close, this obviously suggests a scene like Jesus’s encounter with the Apostle Thomas in John 20.

*Matthew enhances the resemblances by describing the disciples’ reactions to the event, which far exceed the effect of any other miracle, even raising someone from the dead. They worshiped him (prosekunesan), saying “Truly, you are the Son of God.” This conclusion seems to fit far better a Resurrection appearance than a mere miracle, even a spectacular one.

I suggest, then, that an early version of the key Resurrection appearance has morphed into a miracle story, and is thus remembered by Mark, Matthew and John. Matthew stands out because either he recognized the tale’s original context, or else he knew a variant of it.

Either way, I repeat the conclusion of my earlier post: As we commemorate Easter, we should think at least as much of the Sea of Galilee as the Jerusalem garden. 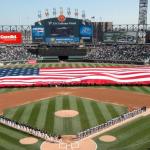 March 29, 2018
Play Ball! On Christianity and Baseball in American History
Next Post