What Exactly is “Tradition”?

I am currently preparing an edited book manuscript for publication with the working title of The Idea of Tradition in the Late Modern World: An Ecumenical and Interreligious Conversation. It was based on a conference that I helped host at Valparaiso University to mark the fiftieth anniversary of Christ College, the University’s humanities-based honors college. Conference speakers (and book contributors) include David Bentley Hart (Eastern Orhodox), James L. Heft (Roman Catholic), Ebrahim Moosa (Muslim), David Novak (Jewish), and Sarah Hinlicky Wilson (Lutheran). All this to say: I have been thinking a lot lately about the idea of “tradition” in general and religious traditions in particlar. Here below is what I have to say on tradition so far in the book’s introduction. (I welcome feedback and I am looking for a publisher!)

It is commonplace in conversations about tradition to make a distinction made famous by the late church historian Jaroslav Pelikan. “Tradition,” Pelikan wrote in his Vindication of Tradition, “is the living faith of the dead, traditionalism is the dead faith of the living. [But] . . . traditionalism . . . gives tradition a bad name.” By tradition many people indeed mean traditionalism, which in Pelikan’s lexicon denotes something more like preservation, a fussy, highly protective handing down of something from one generation to the next without the slightest change or modification. Reflective theorists of the concept of tradition, however, tell us that this spectacularly misses the mark, for traditions are capable of change, adaptation, and development. Nonetheless, hearty traditions do not welcome change of just any sort, but judiciously distinguish which ones to embrace and which to eschew, which ones fit and which ones do not, which adaptations are helpful and which might corrupt. For this reason, David Bentley Hart tells us in his chapter that the idea of tradition is “incorrigibly equivocal. . . . [It]t entails a certain necessary ambiguity regarding what kind of continuity it is meant to describe: in one sense, what is at issue is the continuity of unalterable practices and immutable beliefs.” In another sense, however, Hart recognizes that tradition is always a “dynamic process, one that accommodates ceaseless alteration without taking leave of the original impulse or truth that this process supposedly enucleates over time.” Both senses are indispensable, he concludes, and “[a]ny tradition that cannot be justified in both ways at once, at any given moment, is almost certainly one that is moribund.”

It merits distinguishing tradition from two other concepts: history and memory. One of modernity’s intellectual hallmarks has been the development of historical modes of inquiry and criticism—what scholars sometimes call historicism. Pioneered in the nineteenth century by figures such as Leopold von Ranke and Jacob Burckhardt, historicism, applied to sacred texts, revolutionized biblical criticism and church history during this time. Historical knowledge has in fact posed a threat to tradition, insofar as it often removes the nimbus of timelessness from hallowed individuals and events. The German theologian and philosopher Ernst Troeltsch famously called this the “crisis of historicism” and he saw it as one of the greatest ruptures in Western thought. Nevertheless, more attentive historical inquiry has prodded religious traditions to excise unwarranted accretions and spurious claims, to distinguish more insightfully between the essential and the non-essential, the authentic and the fake. Determining exactly what rightly belongs to tradition and what might be expurgated or demoted in significance, however, often result in contentious processes, pitting scholars against ecclesiastical authorities, as James L. Heft indicates in his discussion of the Catholic Church and the Modernist crisis of the early twentieth century and during the Second Vatican Council in the 1960s–and which other contributors echo for different historical moments in their own traditions.

Tradition should also not be confused with memory, even though the two are closely related. Memory implies direct experience of something that is then remembered at a later time. Memory, however, means not only recollecting something but also adding nothing. It seeks accuracy, not continuity, even if achieving the right type of continuity might well be predicated on accurate memory. Still, memory stands closer to preservation. But tradition, as suggested, is open to addition, to change, to renewal if what is added comports well with and furthers the goals of the tradition—perhaps in an unprecedentedly imaginative fashion–even while demonstrating a certain indispensable continuity with the past. Determining exactly what can be added—not to mention when, why, and how—are, again, often messy, protracted processes involving various constituents of a tradition, as well as the living in conversation with the dead. These processes are, in Alasdair MacIntyre’s pithy definition of tradition, “an argument extended over time.”

Such an ongoing argument is in fact perhaps an “unending task,” according to the philosopher Josef Pieper; and for religious traditions this is exactly what theology means: “the translation, which has to be revised over and over again under continually changing circumstances, of the ‘original texts’ of the tradita into a form which can be understood by the present historical moment.” Similarly, the great theologian of Vatican II Yves Congar once recognized that while tradition, literally understood, is something that is “received,” “passed down” from the past, “it is also present-day . . . ever fresh and alive; using its inherited riches, it answers the unexpected questions of today,” preserving in the process certain essential elements while becoming something different than what it was before the new questions arose. In this sense, tradition is “ever ancient, ever new,” to borrow words from Augustine. The oak becomes a tree not by simply negating the acorn, but by realizing all of its latent possibilities over a period of time . . . 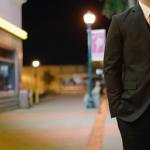 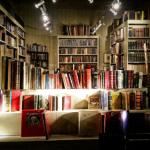 August 28, 2018 The Smell of History
Recent Comments
2 Comments | Leave a Comment
"Interesting history! Thanks! The only thing I know about Northern Baptists is Carl Henry and ..."
Roger McKinney Alvah Hovey and the Northern Baptists
"Convincing evidence of discrimination remains elusive..... because it's a myth.I'll quote the beginning of the ..."
Ray Is There a Theological Reason for ..."
"My response in which I cited the authority I use in teaching this material has ..."
jekylldoc Is There a Theological Reason for ..."
"I apologize for mischaracterizing the origins of the Missouri Synod of the Lutheran church. This ..."
jekylldoc Is There a Theological Reason for ..."
Browse Our Archives
get the latest from
Anxious Bench
Sign up for our newsletter
POPULAR AT PATHEOS Evangelical
1