You may not spend time worrying about the state of golf and the shrinking membership of your local country club, but you should, if you care anything about the fate of your churches or religious congregations.

I’ll explain that cryptic remark. Kelsey Lawrence has a thoughtful piece on CityLab on the question of Why Won’t Millennials Join Country Clubs? (CityLab is by the way a regular source for good writing). Among other things, she remarks on the really steep decline in country club membership, and the plummeting interest in golf. She notes that

That is a massive change in a very short time. Partly it’s related to money, but there are many other factors.

That decline echoes some other significant changes in recent years, including, but not limited to, sharply falling interest in hunting, which like golf is increasingly an old guy’s pastime. Attendance at many sports offer a similar fall, especially pro football. On a longer time-span, note the collapse of the fraternal organizations that used to be the mainstay of American life at all social levels, Freemasons being an obvious example. We think back to the important arguments that Robert Putnam offered back in 2000 in his book Bowling Alone. People used to club together freely, and they don’t now.

The New York Times recently had a very good piece on “The Decline of the Civil War Re-Enactor.” The decline of those events has been really dramatic, leaving this too increasingly to the old guys, to boomers (and older), who find it tough to recruit younger people. Obviously, political sensibilities play some role here, given changing attitudes to Confederate symbols, but it must also be seen as part of a larger picture of declining sociability, community, and participation. Briefly, to getting out of the house and doing things.

And as I will explain, I do chiefly mean guys, men.

What is happening here? What has happened to “sociability, community, and participation”? Multiple factors are at work, and I stress that I am saying nothing based on elaborate social science: these are impressions. But one point is surely that millennials, like older people, are working very hard. Well, so what? Didn’t the boomers also work hard, and then seek recreation? True, but there are differences, not least that the boundaries that once separated work time from leisure have more or less collapsed in an age of laptops and cellphones, email and ubiquitous fast wifi. So when are you ever really off?

And technology plays other roles. Think of all the trends that Putnam identified in 2000, and then add the impact of social media. You see your friends online at least as much as in person, and face to face physical interactions become scarce. So does doing anything in person.

CNN recently did a series on the dim and distant decade of the 2000s, looking back at the changes that had occurred since the end of the 1990s. In 2000, said CNN, jokingly, “You had five more hours in your day!” because back then you didn’t waste so much time on social media and constantly updating Facebook. That was a joke, as I say, but one uncomfortably grounded in reality.

But there is something more specific going on, which concerns gender. In all the examples cited here, I am mainly referring to what men are doing, or rather, not doing.

Changes in concepts of gender and family have transformed how people of both sexes want to spend their limited leisure time. If men do have time, they want to spend it with significant others and children, so that the appeal of all-male cliques has declined dramatically. Actually, the number of single sex settings in the world has itself shrunk: colleges and universities are usually not sexually segregated, and nor, increasingly, are the armed forces.

The basic issue, then, is time, and how people want to spend it. That contributes to making it tougher to belong and participate.

On an anecdotal basis, I have witnessed this phenomenon in university settings, where once faculty used to gather in various social and collegial settings, and departments could easily assemble groups for various events. That is very, very difficult to do now, and the decline of sociability and collegiality is marked. Shifting gender roles play their part, as we are long past the time when male professors could assume that their spouses would undertake household chores and childcare. Of course that is not a bad thing, but it is a thing.

Look for instance at all the massive academic gatherings for separate fields of study, like the American Historical Association, Modern Languages Association, and so on. Most, by no means all, tend to gather in big cities in the couple of weeks around Christmas and New Year. The traditional rationale for this was that professors (ie men) could leave their wives safely at home with the kids and the Christmas/holiday presents, and get away to socialize. Today, most of those societies are equally or predominantly female.

The implications of all this for churches are obvious enough. People no longer have the natural tendency they once did to seek out community, to find groups to which they could belong. If they do join, the constraints on the time they can devote are limited.

Don’t assume that people can easily be assembled for anything whatever in midweek, when families have multiple commitments for their children. Don’t assume that the women of the parish or community can be persuaded to bake pies and specialties for a fund-raiser: they likely don’t have time, because they are working hard in multiple settings. Frankly, don’t assume anything that draws on the time and commitment of young adults. The more church activities attract the participation of older people, the less comfortable the young feel in that setting, making them even less attracted to join and participate.

Factor into that declining family size and falling fertility rates. With fewer children, there is less incentive to seek out groups of other families, to share play time and go on outings together. The children that are born often arrive when couples are much later along in life, say in their thirties, and deeply engaged in careers.

When I first read Lawrence’s article, I thought, jokingly, my, it’s like she’s describing a mainline religious denomination! And then I realized, no, that’s not a joke, she really is describing another related part of the same phenomenon.

I’m sure there are lots of other implications here, but those are some initial thoughts. 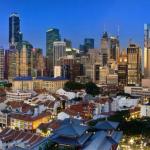