Poetry of the Air

“Like the spirits / That Dante placed in the Realm of God,” wrote the Mexican poet Efrén Rebolledo in December 1927, Charles Lindbergh

Comes flying through the ether
Like a flash of light,
To alight bonfires of enthusiasm in our bosom
And illuminate our minds with the light of hope.

Rebolledo went so far as to call Lindbergh “prince of aviation,” but only after first proclaiming him “the poet of the air.”

The firsthand account of his trans-Atlantic journey that Lindbergh cranked out earlier that year did little to justify Rebolledo’s tribute: the matter-of-fact “We” is as unpoetic as any book ever written. But when the aviator began to write more about his life-changing flight, he tried to wax more lyrical. For example, by the 1942 draft of what eventually became the Pulitzer Prize-winning Spirit of St. Louis, he would describe flying through a cloudbank as feeling “submerged, alone and unnoticed in the magnitude of this strange inhuman world, daring to venture where man had never been, irretrievably launched on a flight through this sacred garden of the sky, this inner shrine of higher spirits.” Lindbergh never thought of himself as a poet — he reserved that title for his wife Anne — but he clearly had to push against the limits of prose to express the inexpressible.

(Even Dante, having seen God, had to lament that “my power of sight exceeded / that of speech, which fails at such a vision, / as memory fails at such abundance.”)

Indeed, as I read more of Lindbergh’s work this summer, I started to wonder just how many pilots had turned to poetry to try to communicate their experiences.

The first that came to mind was Antoine de Saint-Exupéry, once called “the greatest poet of wings” by journalist Joseph Kessel. Cultural historian Robert Wohl decided that “no one before or since wrote so eloquently or poetically about flight” as “Saint-Ex.” Lindbergh surely couldn’t improve on his French contemporary’s description of flying through clouds:

“Navigating by the compass in a sea of clouds over Spain is all very well, it is very dashing, but—”

And I was struck by the graphic image:

“But you want to remember that below the sea of clouds lies eternity.”

And suddenly that tranquil cloud-world, that world so harmless and simple that one sees below on rising out of the clouds, took on in my eyes a new quality. That peaceful world became a pitfall. I imagined the immense white pitfall spread beneath me. Below it reigned not what one might think — not the agitation of men, not the living tumult and bustle of cities, but a silence even more absolute than in the clouds, a peace even more final. This viscous whiteness became in my mind the frontier between the real and the unreal, between the known and the unknowable. Already I was beginning to realize that a spectacle has no meaning except it be seen through the glass of a culture, a civilization, a craft. Mountaineers too know the sea of clouds, yet it does not seem to them the fabulous curtain it is to me.

But Saint-Exupéry is less known for his actual poems than for his novels (like 1931’s Night Flight and the one I just quoted, 1939’s Wind, Sand, and Stars) and The Little Prince, a novella.

So let me introduce you to two much less-famous pilot-poets — both the children of Christian clergy, and the second a member of it himself.

Born in China in 1922 to an Episcopalian priest and a member of the Church Missionary Society, John Gillespie Magee, Jr. went to England for his education. Visiting the United States when World War II broke out, Magee headed north to volunteer with the Royal Canadian Air Force. He flew a Spitfire escorting bombing attacks on German positions in France, but died in a training accident in December 1941.

Three months earlier, he had sent his parents a copy of a poem he called “High Flight,” telling them that “It started at 30,000 feet, and was finished soon after I landed.” (They passed it on to the Library of Congress, which included it in an exhibit in 1942.) A sonnet that starts with Magee having “slipped the surly bonds of Earth / And danced the skies on laughter-silvered wings” ends in “The high untrespassed sanctity of space,” where the pilot “Put out my hand, and touched the face of God.” Still recited by cadets at the U.S. Air Force Academy, “High Flight” was also quoted by Ronald Reagan in his comments on the explosion of the space shuttle Challenger.

For a stark contrast to the pristine loftiness of Magee, I’d recommend the sobering work of the most famous WWII pilot to join the ranks of that war’s poets: Randall Jarrell, who “Six miles from earth, loosed from its dream of life, / …woke to black flak and the nightmare fighters” and recalled how “In bombers named for girls, we burned / The cities we had learned about in school— / Till our lives wore out.”

But I’ll close with another American combat veteran, much less famous than Jarrell or even Magee.

During World War I, a Pennsylvania pastor’s son named Gill Robb Wilson volunteered to fly for France in the Lafayette Escadrille. On returning home, he completed seminary, pastored a Presbyterian church in New Jersey, and became chaplain of the American Legion (the same year Lindbergh flew to Paris). But Wilson never lost his passion for aviation; he believed that, in the 1920s and 1930s, “any and every airman was a John the Baptist to proclaim the coming of the new day.” He helped to found the Civil Air Patrol on the eve of World War II, covered that conflict as a correspondent for the New York Herald Tribune, and later served as president of the U.S. Air Force Association and as editor and publisher of Flying magazine.

In 1957 Wilson published The Airman’s World, a collection of poetry so audacious as to claim that “The poets and minstrels are at a loss to sing our sagas…” Several of the poems confirm Wilson’s status as an apostle of “the winged gospel” — e.g., “The cockpit is the cradle of the future / and who rocks there now / will inherit the horizons of tomorrow”; “It is the stamp of the airman’s coin / that he is lifted to gain understanding / and to shed the fearfulness of ignorance / accrued from the foreshortened vision of yesteryear.”

But hints of the Presbyterian preacher also come out. He rejoices that pilots, unique among human creatures, “may climb the sky to God’s own knee / and ponder his wondrous artistry.” In “The Ancient Sentinel,” Wilson reminds himself,

…that the storms may come and go
but that I shall grow
while my roots are fast in the sod:
to the tree, in the mountain—to me, in God.

As the collection draws to a conclusion, he asks, with “some muttered snatch of prayer… what did I seek that I had to find in the sky?” The answer:

September 3, 2018
The Green Isle of the Great Deep
Next Post 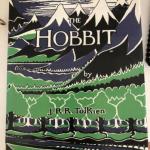 September 5, 2018 Surviving the Academic Job Market: Two Baylor History Success Stories
Recent Comments
0 | Leave a Comment
"(2 Samuel 21:1) Then there was a famine in the days of David three years, ..."
Herrnhut Call It What It Is: On ..."
"Thank you for this insightful article. God bless you and your house. Amen.(John 10:40) And ..."
Herrnhut The Southernization of American Evangelicalism (and ..."
"Dr. Jenkins, sorry for commenting late, but I believe that many formerly nominal Christians are ..."
Tony Towards 2070: Is The Future None?
"This is excellent! Extremely useful to me : many thanks!You will almost certainly be quoted ..."
Robert LIMB Why A Founding Father of Communism ..."
Browse Our Archives
Related posts from Anxious Bench