Highlights from the 2018 Conference on Faith and History

Days after returning from Grand Rapids, I’m still digesting all the speeches, papers, and conversations I heard at the 2018 meeting of the Conference on Faith and History. With five plenary addresses and more than fifty panels and roundtables taking place at several buildings on the campus of Calvin College, it’d be impossible to encapsulate so wide-ranging a program — one organized by our friend John Fea and featuring several members of The Anxious Bench. My time at the conference, for example, started with a quartet of rather erudite papers by Christian high school teachers and ended with a pair of markedly different panels on the art of the biography.

If you’re on Twitter, you can read my live-tweeting of several sessions at #CFH2018. But rather than focus this post on my own limited experience, I’ve invited other participants — one from our Bench, most from beyond it — to reflect on one or two sessions that they found especially thought-provoking. I received so many responses that I’m going to spread them over two posts. Today’s set will focus on issues of gender and race in the practice of history. Then come back tomorrow for reflections on the spiritual meaning of history and the relationship of historians to the church.

If you’re intrigued by what you read, please consider joining the CFH — it’s not just for college professors and graduate students — or follow it on Facebook or Twitter. And plan to join us in two years at CFH 2020!

Lisa Clark Diller: Beth Allison Barr’s presidential address on Friday night (“Paul, Medieval Women and 50 Years of the CFH: New Perspectives”) has continued to resonate with me as a model for how to do Christian scholarship. She did not merely talk about the importance of what we do, she demonstrated how tight scholarly methods can be used to benefit both the academy and the church. It was especially effective because she was not focused on the traditional CFH topics of American religion. Instead, she used her skills as a medievalist to show how change occurs over time, how texts have a cultural context for interpretation, and how unexpected the past can sometimes be. My undergraduate students who came to the CFH this year reflected on this talk as teaching them not only about historical uses of the Pauline admonitions regarding women, but as abruptly undermining their assumptions about timelessness. In her talk as well as in her person, Barr embodied the widening scope for what CFH can be for scholars who want to use their work to bless the church, their public and the academy.

Then the Saturday morning session on “Women, Race, and Authority in American Religious Movements” felt like a historical version of #NeverthelessShePersisted. The women in these organizations (Seventh-day Adventist black women doctors, a nineteenth century Jewish activist, and young Congolese women) all had to navigate structures of authority. These women were fully part of their religious communities and found spaces within their beliefs and structures to protest, reform and lead change. Especially inspiring were the young students at the Presbyterian missions in Congo, subjects of Kimberly Hill’s research.  They boycotted, revolted, protested, and subverted the systems that they found oppressive, eventually forcing the missions to change their policies. Reflecting on those papers inspired the listeners, including my own undergraduate students, with the sorts of creativity and consistency (frequently unacknowledged at the time) that allow for movements to evolve and flourish and to include larger constituencies in their mission.

Bill McCoy: During Friday morning’s first round of panel sessions, I attended the panel on “Christian Women and the History Profession,” chaired by Loretta Hunnicutt of Pepperdine University and featuring comments from Nadya Williams of the University of West Georgia, Meghan DiLuzio of Baylor University, and Elizabeth Marvel, also from Baylor. This was, I must admit, a fairly atypical choice for me in terms of my usual patterns of session attendance at CFH meetings. But last year I started trying to tackle gender issues more directly in several of my courses, and the results, to put it charitably, were mixed. It did, however, have the positive benefit of improving my awareness of just how much more I needed to learn about the experiences of women, both historically and in the present, which was what brought me to this particular CFH panel.

It was, to put it mildly, an illuminating 90 minutes: the stories the panelists recounted were provocative enough, but when they opened the floor for audience comments, it was apparent that every other woman in the room had a story to tell that somehow or other illustrated the routine sexism and structural biases that they faced in their workplaces, mostly Christian institutions like the one I work in. The issues raised were things I had heard about before (although I’m not sure I had realized just how routinely people are apparently doling out advice to our female colleagues about how they might arrange their pregnancies to avoid causing inconveniences), but the immediacy of hearing these experiences from so many of our female colleagues made it clear that our profession has a lot of work to do in this area.

And, of course, for those of us who are men, that starts with a whole lot of listening, which (if I may be so bold) is going to be hard for us to do if we don’t show up for these sorts of panels. I’m glad that I wasn’t the only man in the room for this panel, but, as you might have anticipated, the attendance was overwhelmingly female. Perhaps CFH might want to consider putting a panel like this into one of the plenary sessions at the next meeting; if we’re going to be the sort of organization that Beth Allison Barr described in her presidential address, a step like that might help get us there.

Bill is chair of the history department at Eastern Nazarene University.

Malcolm Foley: Each of the scholars on the “The Mississippi Delta and the Long Civil Rights Movement” panel contributed fruitfully to what was a great discussion about, to a certain extent, religious space, as chair John Giggie noted. Alicia Jackson’s presentation addressed the presence of the various Black Methodist Episcopal churches as safe spaces in the midst of domestic terrorism and political repression;  Katrina Sims addressed Black fraternal societies as purportedly egalitarian spaces for Black women; and Jemar Tisby, in addressing the distinction between an organic theologian and an academic theologian, inspired thought about the relationship between one’s social and physical location and one’s theological development and emphases.

Most interestingly, however, each of them presented material that defies expectations. Jackson argued that, for a group of African Americans migrating from Georgia in the late 19th century, northern Mississippi was the land of opportunity. That is surely a message not oft heard. Sims, in recounting the history of the International Order of Twelve Knights and Daughters of Tabor, aptly revealed that the presence of women in leadership does not necessarily mean that women were given the respect due to them as leaders. In other words, while it may have appeared egalitarian on the surface, that egalitarianism was more of a veneer than a deep, consistent reality. Lastly, Tisby’s incorporation of organic theology into his presentation encourages Christian historians to consider that the work of theology is not monopolized by seminaries and divinity schools. In the life of Fannie Lou Hamer, we have the life of a significant Black theologian of the Civil Rights movement.

Malcolm is a PhD student in historical studies in the religion department at Baylor University.

Beth Allison Barr: The session on “Teaching the Long Civil Rights Movement in the Age of Trump” both refreshed and challenged me. The discouragements of the past two years have seemed relentless at times, from the continuing Catholic sex abuse scandal, the horrific crimes against women revealed by the #MeToo movement — even by Christian leaders, and Sarah Blaisey Ford’s gut wrenching testimony to the continued violence perpetrated against black citizens. As session chair Jemar Tisby asked, how can we enable our students to think critically about the past when our present issues are such hot button topics?

This panel gave us some practical solutions as Christian educators. Patrick Connelly outlined a teaching roadmap for helping students engage responsibly with historical memory — combining historical instruction, classroom discussion, and active learning through attending museums, memorial sites, and even using the difficult past found in their own college archives to better understand the Civil Rights movement. Otis Pickett described his involvement in the Prison to College Pipeline program at Mississippi College. By going directly into one of the most notorious prisons in the American South and teaching college classes that earn incarcerated students college credit, that program affirms the humanity of students, provides them with hope for a better life, and, in Pickett’s words, applies a faith ethics appeal to the problem of entrenched racism in Mississippi. Timothy Fritz, like Pickett, made an explicit appeal to us as Christian educators. How do we discuss difficult ideas in the classroom, like slavery and racism, that still affect our students today? Bring the spiritual discipline of lament into the classroom. For example, don’t just talk about the economics of sugar plantations, but help students meet the life of a slave who lived and died on a sugar plantation. Help students lament the brutality and shortness of his or her life. Lament is a strategy we can use that will help both us and our students.

I am so grateful for this session, as it gave me three very useful strategies to better engage students and to make a difference as a Christian historian.

Beth is associate professor and graduate program director in Baylor’s history department, as well as the new president of the Conference on Faith and History. She blogs here at The Anxious Bench every other Wednesday. 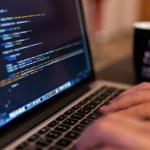 October 8, 2018
Puritans Were Right: Stop Checking Your Email
Next Post 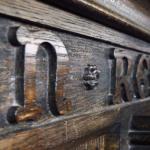 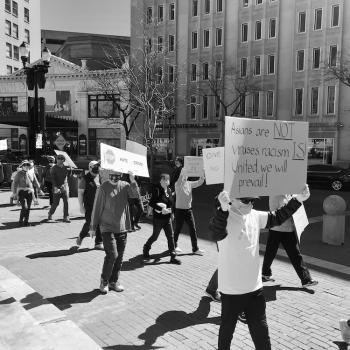 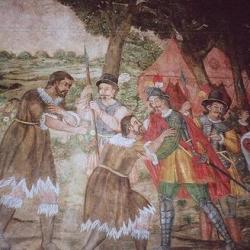 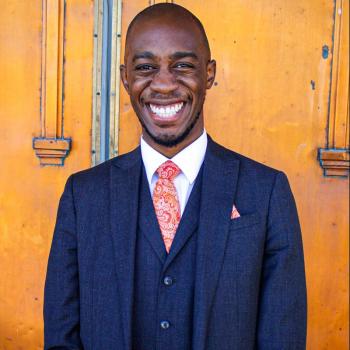