Willow Creek, the Catholic Church, and Perils of Organizing Religion

It’s rare that I write a second post in a week; rarer still that it comes in the evening. But reading David’s post today made me think back to Beth’s a week ago. Perhaps the connection only makes sense to me, but this is a moment when I’d appreciate the chance to think in public and get some feedback.

Maybe he’d like the book that David blogged about earlier this morning. Maybe my friend would find spiritual fulfillment on the path followed by actor Rainn Wilson, a Baha’i adherent whom David says 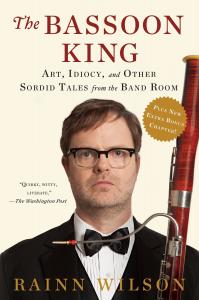 seems to represent the burgeoning millennial sensibility of “believing without belonging.” He lives in an enchanted, faith-saturated world. A creatorless creation makes no sense to him; he couldn’t believe in a world full of scientific rules with no meaning. But the Baha’i faith does not appear to offer Wilson a sacred community. It may be that Wilson is simply a lackluster Baha’i disciple (the religion’s official website does stress the importance of community), but Wilson seems to be attracted because of its low demands. As Wilson described in a Beliefnet interview, “I was disenchanted with things that were organized.” In its radical individualism and stress on tolerance, Baha’i appears to be a religion invented for the twenty-first-century West.

Now, I’m a Dwight Schrute fan who literally spent two hours last week watching Office scenes on the Twitter feed called, um, The Office Scenes. But the “vague spiritual enchantment” that David found described in Wilson’s book made me think of a problem I’ve observed in my research on Charles Lindbergh, who remained disdainful of organized religion even as he became more and more interested in metaphysical questions and spiritual experiences.

Interesting as I find it, Lindbergh’s quest strikes me as impossibly solitary — as much as he desired spiritual truth, he seemingly had no desire for spiritual community. He was happy to converse with spiritual interlocutors ranging from a Hindu mystic to a Catholic pilot-poet, a Confucian writer to an animistic Maasai leader, but with a couple of important exceptions, even those relationships were limited and transient.

Perhaps it’s possible to find truth and purpose without ever having to make a commitment to any community of believers. But you don’t have to look hard to see the pitfalls in that approach for Lindbergh.

For example… He first mentions reading the Bible in the 1940s, when he purchased a New Testament to take along on his secret, unofficial deployment to the South Pacific. “Since I can carry only one book,” he reported to his diary, “that is my choice. It would not have been a decade ago; but the more I learn and the more I read, the less competition it has.” Indeed, it’s clear that Lindbergh read at least a couple of the Gospels… but not, as far as I can tell, anything else in the Jewish and Christian scriptures. (Save Genesis 1-2, long enough to dismiss their cosmologies.) And his solitary approach to the Gospels let him both admire the Jesus who told his disciples to turn the other cheek and love their enemies and complain that “the greatest weaknesses of Christian theology… lies in its blindness to the competitive qualities of life.”

Thinking about my previous book, not the one on Lindbergh, yesterday at my own blog I wrote about the importance for people in my Christian tradition of reading the Bible communally, as a way of checking the limitations of our individual understanding. “None of us,” explains my denomination, “has the breadth of experience, intellectual skill, social sensitivity, or spiritual depth to interpret the Scriptures alone.” Among the many other complicated benefits of Christian community, seeking to understand God’s word together “creates a culture of mutual openness and generosity among us and among our diverse cultural contexts. This in turn creates the kind of spiritual maturity that helps us live with the ambiguity often present in our life together.”

Indeed, I think those benefits are only magnified when you’re a part of a community of communities — in my case, a member of a congregation in one conference of a larger (albeit still small) denomination. Directly (through its communications apparatus and annual meetings) and indirectly (through the training of pastors and other leaders and the development of Christian formation curriculum and resources), my denomination helps me and other members of our congregational fellowship grapple with questions that I or we might otherwise prefer to avoid: e.g., those pertaining to race, gender, and injustice.

Instead, I find myself enchanted with Christianity precisely because it is organized.

But right now I’m also feeling more disenchanted than usual because we’ve seen so clearly the dark side of organizing our religion.

Consider two terribly disturbing stories from the two largest groups in American Christianity: Roman Catholics and evangelical Protestants. I’ll start with the second, since this is Patheos’ Evangelical channel:

Like Beth and many others, I’ve been watching developments at Willow Creek, the pioneering evangelical megachurch outside Chicago, with deepening dismay and disgust. At first, I was unsure what to think of the March 23 Chicago Tribune story reporting that retired senior pastor Bill Hybels had, years earlier, been investigated for extensive sexual misconduct. But though Hybels denied wrongdoing, it seemed clear that Willow Creek’s internal investigation had not gone far enough, as the Tribune piece quoted several women — including Nancy Ortberg, whose husband John wrote his own piece concluding that Willow Creek’s process “lacked genuine independence and credibility.” Although the church’s elders apologized in May and acknowledged the truth of at least some of the allegations, the story continued to develop this summer. Earlier this month, a new report of sexual harassment by Hybels led to first one then the other of his successors resigning, along with the whole elder board.

For irreligious skeptics like my friend, I’m sure the Hybels case confirms their belief that organizing religion only enables the abuse of power. But to religious onlookers like Katelyn Beaty, a “healthy reckoning with power in Christian communities” actually requires an organizational solution:

Churches must seek leaders who are accountable and vulnerable, not just charismatic and driven. Every leader, no matter how spiritually mature, educated and gifted, must submit to normal structures of unbiased accountability on multiple levels. This would mean, at least, a board of elders who are chosen independently of the pastor’s preference; a larger denominational body or regional pastors network that governs local affairs; and a supportive setting in which pastors can share vulnerably about all dimensions of their spiritual growth and challenges.

It’s not the only way of creating systems of accountability, but one of the most venerable solutions is to embed clergy and congregations within a denominational structure. My co-author of The Pietist Option happens to chair our denomination’s ministerial board. I’m happy to remain ignorant of all details, but I know from Mark that the work of disciplining fellow pastors is both agonizing and essential.

So as a denominational Christian, I’m strongly tempted to see this as a “we told you so” moment for non-denominational evangelicalism.

But I know that’s naive.

Time for the other story, which, I’m sure you’ve guessed, has to do with clerical abuse in the Catholic Church.

At this point, I wasn’t sure I could be shocked by any new revelations about that scandal. Then I read about yesterday’s grand jury report in Pennsylvania. The sheer width and breadth of the abuse is staggering: just over 300 priests from six dioceses were accused of assaulting about 1,000 boys and girls over the course of seventy years. (That doesn’t include the archdiocese of Philadelphia, whose own sexual abuse scandal broke in 2005.) “This is the murder of a soul,” said a former priest who had himself been abused. “Catholicism is in my DNA,” added another victim, “but they killed something in me.”

(Sexual abuse in Christian churches, I hasten to add, is certainly not unique to Catholicism. Just yesterday, the Chicago Tribune reported that Willow Creek has also paid over $3 million to settle lawsuits stemming from the abuse of two boys by a former church volunteer now serving a seven-year prison sentence.)

Here too, it’s clear that the abuse couldn’t have happened — on this scale, at least — without religion being organized. One of the most appalling excerpts from the grand jury report described a ring of predatory priests in the Pittsburgh diocese, who gave their victims gold crosses — which, the grand jury explained, “served another purpose beyond the grooming of the victims: They were a visible designation that these children were victims of sexual abuse. They were a signal to other predators that the children had been desensitized to sexual abuse and were optimal targets for further victimization.”

Worse yet, the layers of organization meant to provide accountability betrayed the trust of the faithful. In theory, the existence of a hierarchy above the local church and its pastor could have provided safeguards lacking in a case like Willow Creek’s. Instead, concern for the reputation of the larger organization apparently led many such officials to conceal the truth and suppress justice. Several were rewarded with even more authority and responsibility in the process. The angry frustration of the grand jurors is palpable:

…despite some institutional reform, individual leaders of the church have largely escaped public accountability. Priests were raping little boys and girls, and the men of God who were responsible for them not only did nothing; they hid it all. For decades. Monsignors, auxiliary bishops, bishops, archbishops, cardinals have mostly been protected; many, including some named in this report, have been promoted. Until that changes, we think it is too early to close the book on the Catholic Church sex scandal.

I’m not sure how to end this rambling post, except to admit that I’m at a loss and pose three questions:

Maybe these aren’t even the right questions to be asking right now. (What can we do for the victims? is surely more pressing.) But they’re the three that will keep me up tonight. 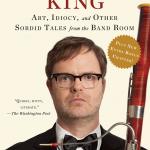 August 15, 2018
Rainn Wilson, Dwight Schrute, and the Search for Meaning in Postmodern America
Next Post