After the Missions Closed

The Washington Post recently ran a story with stunning implications for the history of Christian missions. The story suggests that such missions could have very positive “ghost” effects in the long term, even many years after they had officially ended.

Journalist Andrew van Dann reported a scholarly analysis of the long term impacts of the Jesuit missions in the land of the Guarani people in what is today the nations of Paraguay, Brazil and Argentina. These missions – the Reductions, or reducciones de indios – were celebrated at the time because of their bold innovations. The Jesuits were certainly paternalistic, not to mention theocratic, but they strongly respected the local language and culture, and organized the Native peoples into well-trained militias to resist White slave traders. Critically, they also instructed local peoples in a wide range of vocational skills and handicrafts. I actually did a Christian Century column on the topic, on “Why People Still Speak Guaraní” (December 20, 2017), but it’s paywalled.

Europeans at the time saw these Reductions as brave experiments in utopian Christian living – although they attracted the deadly enmity of groups and elites who were greedy to exploit the areas in their own interest. Finally, in the 1760s, the Spanish crown was induced to abolish Jesuit rule, and end the settlements. Their great churches and other buildings survive as glorious ruins in the jungle.

But that was not the end of the story. In a sophisticated study, University of British Columbia economist Felipe Valencia Caicedo argues that we can still, even today, see the effects of the reducciones very clearly in how people live and work. Read the story at length yourself, but the basic argument is that standards of education and well-being are highest in the areas closest to the old mission areas, and fall away steadily as we move further. Or to quote the headline, “It Ended In 1767, Yet This Experiment Is Still Linked To Higher Incomes And Education Levels Today.” Valencia is meticulously careful to consider and reject alternative explanations for the disparities.

in areas of former Jesuit presence—within the Guaraní area—educational attainment was higher and remains so (by 10%-15%) 250 years later. These educational differences have also translated into incomes that are 10% higher today. The identification of the positive effect of the Guarani Jesuit missions emerges after comparing them with abandoned Jesuit missions and neighboring Franciscan Guarani missions. The enduring effects observed are consistent with transmission mechanisms of structural transformation, occupational specialization, and technology adoption in agriculture.

For every 100 kilometers closer to a mission, poverty rates fall 10 percent and schooling rises by about 0.7 years. The effect was sharper 75 or 100 years ago, historical data shows, but as national literacy approaches the maximum of 100 percent, differences flatten out. For variable after variable, Valencia found the same positive trend. That isn’t an endorsement of the Jesuits’ methods; he said his work shows the enduring power of investing in human beings, not the enduring power of colonialism or Catholicism. …

People nearer the missions were more likely to pass knowledge from generation to generation. Valencia’s survey showed this not just for skills taught by the missionaries, such as embroidery, journal-keeping and accounting, but also for traditional medicine and folklore not directly related to the Jesuit mission. …

Today, the areas near the missions are more industrialized than their neighbors, and they tend to have more people employed in industries related to the professions emphasized by the missionaries, such as blacksmithing and teaching.

In very modern times, people who lived in or near the old mission areas were much quicker to adopt new agricultural techniques: they were more comfortable with progress and modernity. That’s after 250 years.

Similar lessons emerge from other mission schools in Africa and Asia. This all meshes closely with the work of my Baylor colleague Robert Woodberry, who has traced the impact of Protestant evangelistic efforts on the planting and nourishing of democratic models across the Global South.

I can point to plenty of horror stories connected with missions to Native people. We can cite the grim saga of Canada’s church-dominated residential school system, with all its record of abuse and brutality. But there is also a very positive side to the mission experience, and Valencia’s study shows it beyond question.

December 7, 2018
Pearl Harbor and the Lost Poet
Next Post

December 11, 2018 The Past As It Should Have Happened
Recent Comments
0 | Leave a Comment
Browse Our Archives
Follow Us!

Hebrews: 5 Books Every Pastor Should...
Crux Sola: Formed by Scripture to Live like Christ
Related posts from Anxious Bench 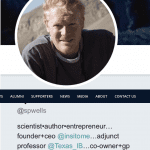 Not White Fragility, Mutual Responsibility
Watching a country tear itself apart is quite a spectacle. This is...

Trading Plastic Bottles for a Brighter Future
WILLS POINT, TX – Gospel for Asia (GFA World and affiliates like...
view all Evangelical blogs
What Are Your Thoughts?leave a comment
Copyright 2008-2020, Patheos. All rights reserved.