My husband, however, is definitely right.

He suggested I explain two things before I continue my series. First, I need to clarify patriarchy. Second, I need to talk about Paul. A recent social media conversation underscored the importance of doing this. After reading a posting of my first  Disrupting Christian Patriarchy blog, Facebook commentators suggested I stop “name calling” (my use of the term Christian patriarchy) and quickly dismissed my arguments by quoting Paul’s words from 1 Timothy and Ephesians (women be silent and wives submit). In other words, their assumptions about both patriarchy and Paul hindered their ability to hear my argument.

I don’t want that to happen to you. So let’s go back to Russell Moore.

In 2005, Russell Moore–now the current president of the SBC Ethics & Religious Liberty Commission (ERLC)–defended patriarchy: both as a word and as a practice. Just a few years later, in 2008, he complained to Mark Dever, “I hate…..the word ‘complementarian’, I prefer the word ‘patriarchy.” More recently, in 2012, an article on The Gospel Coalition hashed out the positions of Moore, Rachel Held Evans, and Denny Burke. The article accepted that complementarianism is indeed patriarchy. Listen to how it states the problem:  “Is complementarianism another word for patriarchy? Egalitarians and many complementarians agree: It is indeed. But a recent debate attempts to determine whether this should be acknowledged as a timeless biblical norm or rejected as an outdated cultural standard.”

But Russell Moore is also wrong. Well, at least sort of wrong.  And what he is wrong about is the heart of my entire blog series. Russell Moore argued in 2005 that ‘Christian patriarchy’ must win against egalitarianism because it embodies the biblical ideal. As he has written, “Egalitarians are winning the evangelical gender debate, not because their arguments are stronger, but because, in some sense, we are all egalitarians now. The complementarian response must be more than reaction. It must instead present an alternative vision—a vision that sums up the burden of male headship under the cosmic rubric of the gospel of Christ and the restoration of all things in him. It must produce churches that are not embarrassed to tell us that when we say the “Our Father,” we are patriarchs of the oldest kind.” Patriarchy, Moore argues, is under the “cosmic rubric of the gospel of Christ.” It is God-ordained and timeless.

Patriarchy is indeed timeless, but that doesn’t mean it is God-ordained. In fact, my blog series is going to argue the opposite. 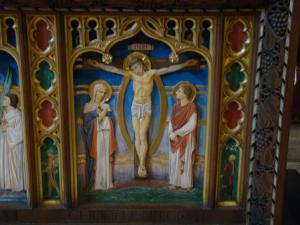 But first let’s address the two elephants in the room:  patriarchy and Paul.

My prayer is that you will be ready to listen. Christian patriarchy isn’t good for any of us. As Sarah Bessey recently tweeted, “Patriarchy is not God’s dream for humanity. Never was. Never will be. Doesn’t matter how your soft euphemism for the word. Stop baptizing the powers and principalities of evil with sacred language. It’s long past time to dismantle this in the Church.”

Both of the images are from the altar of St. Mary’s in Shrewsbury, Shropshire. 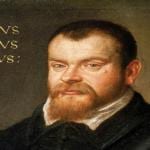 February 19, 2019
Galileo and the Harmony of Faith and Science
Next Post 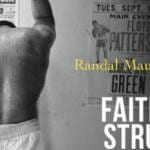 February 21, 2019 Faith and Struggle in the Lives of African Americans
Recent Comments
2 Comments | Leave a Comment
"Impressive article. Provides the necessary perspective for entering into an informed discussion about the science/religion ..."
the old scribe Science, Religion, and Nineteenth Century Protestantism
"Very helpful! Thanks! It seems history has always been used as a weapon."
Roger McKinney Science, Religion, and Nineteenth Century Protestantism
"You have done nothing to refute my point. Certainly we should do the affirmative things ..."
NorrinRadd Ron Sider and the Fate of ..."
"When we try to prohibit behavior that many people consider, we simply drive the behavior ..."
Silverwolf13 Ron Sider and the Fate of ..."
Browse Our Archives
Related posts from Anxious Bench