1965 represents a major turning point in American religious history. The Immigration and Nationality Act of this year marked a radical shift from the immigration policies of the past. Previous laws curtailed immigration from Asia and Africa, and gave preference to northern and western Europeans. Not surprisingly, the new immigrants brought with them their faiths: Islam, Buddhism, Hinduism, and more. And today there are more Muslims in the United States than there are Episcopalians, Jews, or Presbyterians. Los Angles is arguably the most religiously diverse city in the world.

These are but a couple of many startling claims in Diana Eck’s engaging book, A New Religious America: How a “Christian Country” Has Become the World’s Most Religiously Diverse Nation (Harper, 2002). If you are unfamiliar with it, you should check it out or buy it. It has become the go-to source for understanding contemporary religious pluralism, especially the recent growth of non-Western faiths in the United States.

Equally significant is the Pluralism Project that Eck directs at Harvard University. Replete with maps, data, bibliographies, articles, and essays, the Project has been a boon to researchers from multiple fields in their efforts to think well and wisely about contemporary pluralism.

Here is how the Project describes its work:

In the past fifty years, the religious landscape of the United States has changed radically. There are Islamic centers and mosques, Hindu and Buddhist temples and meditation centers in virtually every major American city. The encounter between people of very different religious traditions takes place in the proximity of our own cities and neighborhoods. The results of the 2010 census underscore the tremendous scope of ethnic change in our society, but tell us little about its religious dimensions or its religious significance.

Pluralism has long been a generative strand of American ideology. Mere diversity or plurality alone, however, does not constitute pluralism. There is lively debate over the implications of our multicultural and multireligious society in civic, religious, and educational institutions. How we appropriate plurality to shape a positive pluralism is one of the most important questions American society faces in the years ahead. It will require all of us to know much more about the new religious landscape of America than we presently know.

1. To document and better understand the changing contours of American religious demography, focusing especially on those cities and towns where the new plurality has been most evident and discerning the ways in which this plurality is both visible and invisible in American public life.

3. To explore the ramifications and implications of America’s new plurality through case studies of particular cities and towns, looking at the response of Christian and Jewish communities to their new neighbors; the development of interfaith councils and networks; the new theological and pastoral questions that emerge from the pluralistic context; and the recasting of traditional church-state issues in a wider context.

4. To discern, in light of this work, the emerging meanings of religious “pluralism,” both for religious communities and for public institutions, and to consider the real challenges and opportunities of a public commitment

Here is a link to the site

I have found it repeatedly helpful and heartily recommend it. 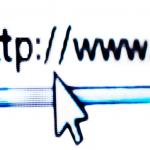 April 9, 2019 The Religious History of the Internet
Recent Comments
1 Comment | Leave a Comment
"This article seems much more hard-hearted and cold than what I heard from Limbaugh in ..."
Christopher Corbett A Lenten meditation on the death ..."
"This supports a thesis of mine: that Scripture, and indeed any holy text, is not ..."
paradoctor What Evangelicals Haven’t Been Taught….about Paul
"Please note: Katharine Bushnell spelled her first name with two "A"s.I knew I never quite ..."
Tenor Galambush What Evangelicals Haven’t Been Taught….about Paul
"Serfdom of some sort is the basic arrangement of pretty much all societies that are ..."
Harold Porter What Evangelicals Haven’t Been Taught….about Paul
Browse Our Archives
get the latest from
Anxious Bench
Sign up for our newsletter
POPULAR AT PATHEOS Evangelical
1 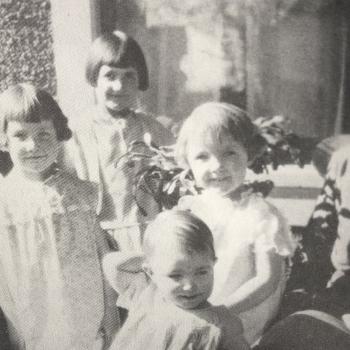 Evangelical
Is My Biography of Charles Lindbergh Actually an...
Anxious Bench

Jesus says--- Go Fishing!'
https://www.youtube.com/watch?v=N4fOJ8uoGyU
view all Evangelical blogs
What Are Your Thoughts?leave a comment
Copyright 2008-2020, Patheos. All rights reserved.