The Religious History of the Internet

Back in my grad student days, I once shared a cab ride with an older scholar who studied 17th century Mexico. We were both headed to the annual meeting of the American Historical Association, but when I told him that my dissertation examined education in post-WWII Germany, he joked, “That’s not history. That’s glorified journalism.”

At least, I think he was joking. 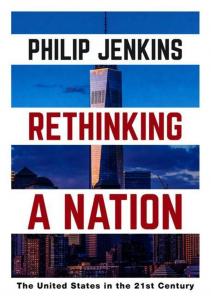 That was in 2002 or 2003. Perhaps now that we’re deeper into the 21st century, my fellow AHA attender would decide that a 20th century-ist like me is doing something more like actual history. But I suspect that he’d still look askance at the practice of what our colleague Philip Jenkins has called “(very) modern history.” Reflecting on his recent book about 21st century America, Philip acknowledged that “writing any history of ‘Only Yesterday’ has potential pitfalls, as it can be difficult to rise above strictly contemporary concerns and obsessions to arrive at a balanced long-term perspective.” All the more so when we’re considering an era marked by a “near-overnight quality of change.”

All of that came to mind recently, when I stumbled across a 2018 article on the religious history of the Internet, one of the chief accelerants for the incredible pace of change in the early 21st century.

In it, British historian Peter Webster explores “a remarkable effusion of writing in English between 1996 and 2001 that addressed the spiritual and ethical implications of the coming technological revolution.” I’ll encourage you to click through to read Webster’s full piece. Here I just want to summarize his two major themes — and note how they connect to my ongoing research on a key figure from earlier in the 20th century. 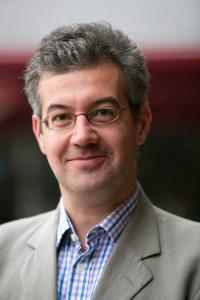 “In what is a supposedly hyper-secular age,” Webster begins, “religious language about technology stubbornly refuses to die.” For all the seeming inevitability of secularization in the West, “the common language of the Anglophone world had by the 1990s not succeeded in restructuring itself so as to remove the traces of Christian metaphysics and ethical understandings of the nature of the person, the right form of relationship between people, and the idea of justice and human responsibility.” Whether conceiving of the Internet itself in terms of a “God-like consciousness,” or writing in hagiographic terms that made Internet pioneers sound like secular saints performing different kinds of “miracles,” commentary on the Internet during “the long 1990s” sounded remarkably religious. But then, Webster observes, “[f]aced with a new technology of seemingly limitless yet unpredictable potential, only religious language has been found adequate to address it.”

And that makes this budding biographer of Charles Lindbergh think back to an earlier technological innovation of “seemingly limitless yet unpredictable potential”: the airplane, which held out its own vast promise to connect humanity. A year ago, I blogged here about what Joseph Corn called “the winged gospel,” a “popular techno-religion” that “[l]ike the Christian gospels… held out a glorious promise, that of a great new day in human affairs once airplanes brought a true air age.” In the 1920s as much as the 1990s, “Christianity bequeathed a cargo of assumptions and rhetorical patterns which Americans, even non-believers, were hard-pressed not to load onto the newly invented flying machine” — or the Internet.

I’m still researching the question that closed that post on the techno-religion of “airmindedness”: “Did [Christian pastors and theologians] find the ‘winged gospel’ a threat to the Good News of Christ, or a useful complement to it?” A version of the same question gives Webster the second half of his article: How did Christians respond to the development of the Internet in the 1990s?

Not surprisingly, many in the Church had an “unsentimental, instrumental understanding of the Web,” one that emphasized the practical benefits and problems of a technology that could spread hate speech and pornography as easily as the Gospel. But some Christian thinkers asked more profound questions, informed by a “theology of technology” that began to emerge in the 1970s and 1980s. Webster discerns three primary concerns:

…the distribution of economic and social power; the impact on human relationships, and the impact of computerisation on understandings of human nature and the relationship between man and God. In each case these critiques drew on much older sources of Christian ethical reflection. It was also the case that the critique was often not merely of the Internet, but of computerisation in general, and the way in which the Internet magnified its effects, multiplying some more malign features of the single local machine in a networked context.

Again, I’ll refer you to Webster’s full article for deeper reflection on each of these points. If anything, they’re even more salient given some more recent technological, economic, and intellectual developments: e.g., the ubiquity of smartphones and social media; the vast influence of companies like Amazon, Apple, Facebook, and Google; advances in artificial intelligence; new debates about transhumanism.

Here too, I’m reminded of my ongoing research on Charles Lindbergh. While very much an apostle for the “winged gospel” in his early years of fame (if not “the new Christ” himself), the middle-aged flyer began to articulate a critique that would not be unfamiliar to some of the religious technoskeptics of Webster’s survey.

In his short 1948 book, Of Flight and Life, Lindbergh recalled feeling as a young man “the godlike power man derives from his machines.” But the experience of WWII convinced him that “science has become the victim of its technologists, as religion became the victim of its fanatics… Scientific man is driven faster and faster by his system until he has no time left, no thought left, no appreciation left for man himself.” Though never a technophobe, Lindbergh was drawn to older ethical traditions in Christianity and other world religions — and to the primitive societies of Africa and Oceania — hoping to control science and technology “by a greater moral force.”

April 10, 2019 The Politics of Repentance
Recent Comments
0 | Leave a Comment
"What a great post, Allie! Insightful and eloquent."
Ansley Every Day People in Every Day ..."
"Impressive article. Provides the necessary perspective for entering into an informed discussion about the science/religion ..."
the old scribe Science, Religion, and Nineteenth Century Protestantism
"Very helpful! Thanks! It seems history has always been used as a weapon."
Roger McKinney Science, Religion, and Nineteenth Century Protestantism
"You have done nothing to refute my point. Certainly we should do the affirmative things ..."
NorrinRadd Ron Sider and the Fate of ..."
Browse Our Archives
Related posts from Anxious Bench