I have posted often on the theme of witchcraft, which is a critical topic for anyone studying Early Modern history in Europe or the Americas – or actually, for understanding large sections of the modern world. I recently read a major book that contributes much to this literature. It makes a great read in the days leading up to Halloween! Here is my review.

While many books provide well-informed surveys of shifting responses to witchcraft as a (supposedly) real phenomenon, John Callow focuses strictly on cultural and artistic representations, and he does so superbly.

In the process, Callow reminds us just how central a theme witchcraft has provided in Western culture, and not just as incidental decoration to plots. There is so much more than Macbeth, Faust, and successive depictions of the Witch of Endor, although all those canonical images receive proper attention. He is good on rediscovering books or tracts  that were wonderful best-sellers in their time, but which have subsequently vanished for all but the most fanatical collectors. How many of his readers will have heard of Francis Marion Crawford’s The Witch of Prague, a towering success in the 1890s? Throughout, he stresses the intimate connection between such fictional and popular culture depictions and the actual conduct of witch-hunters, or of self-conceived witches themselves.

The book is so rich that it is invidious to devote too much space to any one aspect or cultural figure, but I will particularly praise one section on the grounds that it so precisely echoes a long-standing prejudice of my own. Since my student years, I have loved the Italian Baroque master Salvator Rosa (1615-1673), and I actually posted about one of his pieces at this site a while back. In 2010, the Kimbell Museum in Fort Worth held the first major US exhibit of Rosa’s work, and the show beggared belief, not just for its exceptional quality, but for how it rewrote the standard histories of Western art. Rosa was regularly turning out images of witches, demons, and sabbats which would have caused little surprise had they been painted by Goya around 1800, or some daring German Romantic in 1820, but these were from the 1650s and 1660s. Both the Gothic and later Romanticism, in fact, begin to look like mass plagiarism from Rosa, and it is excellent to see Callow giving the artist his full due. (Throughout, Embracing the Darkness is gorgeously illustrated).

Callow tracks his themes strictly up to the present, and is equally learned in addressing film and contemporary literature or popular culture as he is with European Old Masters. His account of Urbain Grandier and the notorious 1630s case in Loudun naturally leads into discussions of the book by Aldous Huxley, to John Whiting’s theatrical adaptation, and to Ken Russell’s still shockingly over the top film of The Devils (1971).

That idea of following a significant character through his or (usually) her various metamorphoses works admirably well in helping the reader to follow an often complex story. He devotes a chapter to the shifting cultural images of the Scot Isobel Gowdie, who in 1662 confessed to an astonishing array of supernatural acts that she had allegedly committed, complete with covens and sabbats. Her tales were all the more jaw-dropping because they were probably produced without the use of torture. Gowdie is the source of a very large share of what we know or think we know about witches and witchcraft, and she may well deserve recognition as the most influential exponent of creative fiction in Early Modern Europe.

For Callow’s purposes, Isobel Gowdie is a gift whose price is beyond rubies, as he traces her influence through the following centuries. This allows him to describe the debate over the Margaret Murray thesis, which basically accepts that Gowdie was telling sober truth about an underground pagan religion. He then traces Isobel’s image through romances and supernatural novels  – where this hapless underclass lunatic becomes the most gorgeous redhead in Europe – and then through the rock and folk-rock scenes of the late twentieth century.

I should signal here that Callow’s book is very British in its approach, and its range of more modern references. That is not so much a criticism as a warning to readers who might expect, unreasonably, that his coverage of US or European popular culture might be anything like as comprehensive as his British material. It is not, because it couldn’t be. It would be quite possible to write a very lengthy book on witch themes and images as they appear only in US fiction, television, cinema and rock music, drawing on names that make little or no appearance in Embracing the Darkness.

You could do much the same for (say) German or Russian or Spanish culture. To take an obvious example, the Spanish counterpart to Salem is the town of Zugarramurdi, which was central to the notorious seventeenth century witch trials in the Basque country. Those stories have been quite as productive for later artists, myth-makers, novelists, and film makers in Spain or France as has the story of Isobel Gowdie in Britain. There is a quite wonderful comic horror film called La brujas de Zugarramurdi (2013: directed by Álex de la Iglesia), which in its English translation is called, ahem, Witching and Bitching. It’s just a perfect Halloween film.

Callow does not cover those European manifestations, and to that extent, his book falls short of the comprehensive “cultural history of witchcraft” promised by the title.  Having said that, he could only accomplish such a feat with the aid of a large and dedicated team of imps and familiars. It’s so hard to find reliable staff these days.

John Callow’s book is instructive and enjoyable, and well worth reading. 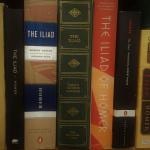 October 25, 2019
Percy Jackson and the Problem of Western Civilization
Next Post 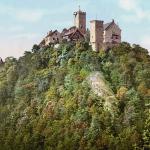 October 29, 2019 God Is Our Refuge — Not Our Fortress: A Reformation Sunday Sermon
Recent Comments
0 | Leave a Comment
"Glad you found us, Simon! Thanks for commenting."
Chris Gehrz Ch-Ch-Changes
"I only came across anxious bench in the last year so just want to thank ..."
Simon Curran Ch-Ch-Changes
"Is that why you demand the right to make women slaves? Because of your own ..."
KDNDLKJ Why Do White Christians Find It ..."
"Good point. Persecution can have some surprising effects!"
philipjenkins Of Empires, Faiths, and Unintended Consequences
Browse Our Archives
get the latest updates from
Anxious Bench
and the Patheos
Evangelical
Channel
POPULAR AT PATHEOS Evangelical
1