Evangelicalism Is Not a Political Problem

81% of American evangelicals voted for Donald Trump. 81%! For many observers of American religion and politics, this is baffling. How could these conservative, Bible-believing Protestants lend their support to a foul-mouthed, twice-divorced philanderer and slanderer?

My hunch is that many of the pundits who remark on this phenomenon are not actually all that baffled. They probably expect evangelicals to be hypocrites. Moreover, most of those pundits have been upset with evangelical voting patterns for decades. They were also irate when evangelicals supported Ronald Reagan and George W. Bush. For most journalists, (non-conservative) pundits, and scholars, the fact that evangelicals vote Republican is a political problem. 81%!

For those who genuinely want to know why 81% of these God-fearing and Clinton-fearing (white) men and women voted for Donald Trump, it is not very complicated. They think the Republican Party is on their side. Republican politicians court them and flatter them and promise to appoint Supreme Court justices they will like. And as Donald Trump said at a 2016 rally, “Hillary Clinton, you can forget about her.” The national Democratic Party by now has entirely written off evangelical votes. One need only examine the refusal of leading Democratic candidates to voice support for any restrictions on abortion whatsoever. White evangelicals are not single-issue voters, but that’s the single issue that has mattered the most over the last several decades. The contrast between the last two presidential candidates on this issue during the debates could not have been more stark. Neither Trump nor Clinton made any effort to appeal to the middle ground that most Americans occupy on the issue. Instead, Trump pitched his born-again love of life to evangelical voters.

So, with that being said, I want to comment on Frances Fitzgerald’s recent New York Times review of two books on American evangelicalism: Thomas Kidd’s Who Is an Evangelical? (see this recent Anxious Bench Q&A with Kidd on his new book) and Ben Howe’s The Immoral Majority. Fitzgerald, herself the Pulitzer-Prize winning author of The Evangelicals, knows this terrain very well.

While Fitzgerald has complimentary words for Kidd’s narrative of evangelical history and for his inclusion of non-white evangelicals, she criticizes him for failing to explain the task at hand:

[Kidd] admits that evangelical fealty to the Republican Party is real and has done considerable damage to the movement, but he insists that evangelicals should not be defined by the 81 percent because being a real evangelical entails conversion, devotion to an infallible Bible and to God’s discernible presence on earth. But since polls show that evangelicals who attended church frequently voted for Trump at much the same rate as nominal evangelicals, he is left with no explanation for why so many evangelicals voted for an adulterer who boasts about his sexual conquests.

Kidd left himself open to this criticism, however, because he begins and ends Who Is an Evangelical? with a “crisis” in contemporary evangelicalism rooted in that political statistic. “Eighty-one percent.” 81%! It’s the most pressing question of the day, as far as observers of religion and politics are concerned. But it’s not actually Kidd’s question, and therein lies the disconnect between Fitzgerald’s review and Who Is an Evangelical?

While Kidd allows that “Republican insider evangelicals” are nakedly partisan, he does not think evangelicalism as a whole has an outsized attachment to partisan politics. There are several parts to his argument. For Kidd, “evangelical” does not mean white conservative Protestant. Rather, evangelicalism is more racially diverse. Pundits, pollsters, and scholars use “evangelical” as a shorthand for “white evangelical.” Moreover, American evangelicals are part of an international movement that transcends contemporary American political concerns.

Perhaps even more to the point, American evangelicals, white and otherwise, are far more interested in charity and evangelism than they are in politics. As Kidd comments, “charitable action is a more constant attribute of evangelicals than Republican political engagement is.” He then concludes, “we should not define evangelicalism by the 81 percent.” Rather, “being an evangelical entails certain beliefs, practices, and spiritual experiences.” For Kidd, voting for Donald Trump is tangential rather than central to the reality of most American evangelicals.

Two thoughts. 81%! Kidd suggests that pundits and scholars are hampered by definitional confusion about the definition of evangelical. Pollsters count many people as evangelical who would not define themselves that way. Still, 81%! I think Fitzgerald is correct. It’s not just that most nominal evangelicals voted Trump. Most committed, church-going white evangelicals did so as well. In fact, the more frequently people attended church, the more likely they were to vote Trump. This is one reason I attend a Presbyterian church. There’s no midweek worship, and you can be in and out in a shade more than an hour on Sundays. This inoculates me against Trump-voting. I won’t spend more time in church until after he leaves office, just in case. Hopefully he’ll be gone by the end of January 2020, and I can safely worship more frequently.

At the same time, I think we as historians err if we define evangelicalism – or our interests in evangelicalism – by that political statistic. Evangelicalism is not a political movement. Most churches that one might reasonably categorize as evangelical are not especially political, let alone hyper-partisan. Rather, those evangelical churches focus on weekly worship, small-group Bible studies, support for missions, and all sorts of other activities that rarely catch the attention of pundits.

Despite the way that he framed his analysis, Kidd’s book is not about a political statistic. Rather, it’s about the fact that so many observers of American evangelicalism misconstrue and misrepresent it, in part because they themselves are so focused on partisan politics themselves. “Much of the media,” he writes, “cares about religion only to the extent that religion is connected to scandal, politics, or conflict.” With due attention to the blind spots and missteps of white evangelicals, Kidd’s book is an important corrective to those incomplete and misleading representations.

I am not saying that historians should stop writing about the Christian Right or that we should not be grateful to those historians – too many to name – who have carefully reconstructed its emergence and persistence. Nor am I saying that historians and scholars of religion have not written outstanding studies of many other aspects of modern evangelicalism. I just wish the attention to the Christian Right and the 81% statistic did not dominate popular discussion of evangelicalism and, to a substantial extent, the way that scholars in the public sphere discuss evangelicalism. 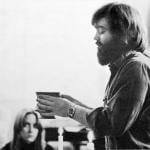