Scrolls, Lost Gospels, And Why Nobody Came Back To Get Them

Last time, I looked at the discovery of various kinds of buried treasure. I suggested that we needed to think very carefully not just about what the objects are, but why we have them. In the words of my two key questions, Who buried it? And at least as important, why did nobody return to dig it up? That last point often tells a story in its own right.

As a famous example, I cite the Dead Sea Scrolls, which were buried by members of the Qumran community around the time of the Jewish revolt and the subsequent Roman war, around 70 AD. Almost certainly, they were Essenes, but scholars are a little nervous about making the explicit identification. Actually, there were multiple concealed collections of these scrolls, and we have references to scrolls being discovered at various places – one in the third century, and again in the ninth, before the famous modern discovery in the 1940s.

In this case, we know exactly why a Jewish sectarian order might have buried their treasures at that time, to avoid their destruction or profaning at pagan hands. But think through the second question, about why the texts remained in those caves or hiding places. At first glimpse, that means that nobody was able to come back and reclaim those treasures, not months or years or even generations after the concealment. That in itself surely tells a story. That would mean that all the buriers were dead, not to mention anyone who held the key information about locations. That would right away exclude much possibility of any later group claiming any significant heritage from the Qumran sect, or at least from the main institutional structures. We sometimes speculate about possible heirs to Qumran, possibly among Jewish Christian baptismal sects, but whoever they were, they did not have access to Qumran’s great secrets.

Or did they? We don’t know how many hiding places they originally used. On no basis of fact whatever I offer a pure speculation, merely as an intellectual exercise. Let us suppose that the Qumran sect left (say) twelve hiding places. (They loved the number twelve). Survivors of the sect reclaimed nine, but three were left to be found in later years. How would we know? Prove it or disprove it! But in any case, why did they miss those three?

Maybe the great Scroll find is yet to come…

Or take the gospel collections that occasionally show up in Egypt, as at Nag Hammadi. Again, somebody had an excellent motive to conceal these books, presumably because their heretical and Gnostic content made them obvious targets for rigidly orthodox monks roaming the countryside in the late fourth century. Perhaps the original owners belonged to some kind of Gnostic heretical sect; or perhaps they were themselves fairly orthodox monks who had those volumes as spiritual reading in their library. Or else they had them in order to write controversial polemics against them. It is very hard to say. But the fact that the collection stayed hidden means, either, that the concealers died, or they lost the secret treasure maps. Or else, they decided that never again in their lifetimes would it be safe to bring those books back to light.

I like to speculate about a monk in the year 420 dying in the knowledge that he is the last person who knows about that explosive collection of books we hid away all those years back. Sad that they will never see the light of day again! But how could we bear to destroy such sacred objects?

Either way, the fact of continued concealment is in itself a very powerful historical fact, and one that demands investigation and elucidation. I say again: If something is precious, people don’t just bury or conceal it for the sake of posterity. They bury it meaning to retrieve it, and if they don’t succeed in doing so, we must think about the reasons for that failure. 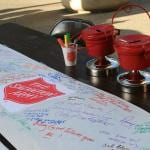 November 26, 2019 Beyond Red Kettles and Chick-fil-A: Some History of the Salvation Army
Recent Comments
1 Comment | Leave a Comment
"Oooh, tell me MORE about the filthy faminists and their tactics.Where can I meet them?Do ..."
Miccah Duckett Why We Can’t Have Nice Feminists
"I like this article, but I don’t see why it has to start with Trump. ..."
Evangelical Student “Good Bloodlines”: Some History of Eugenics
"I’m also praying for you to humble yourself before God/Jesus.I don’t believe that all biblical ..."
D.M.S. Disrupting Christian Patriarchy: Isn’t It About ..."
"You said it yourself. Paul said it, Paul didn’t say it the name of Jesus. ..."
D.M.S. Disrupting Christian Patriarchy: Isn’t It About ..."
Browse Our Archives
Follow Us!

Evangelical
The Radio Right and the Religious Right
Anxious Bench