Why Did Nobody Come Back To Get It?

Why Did Nobody Come Back To Get It? November 22, 2019 Philip Jenkins

So much of what we know about the past – including the early Christian past, and the era of the Bible – depends on archaeology. One recent story makes me think again about a crucial point in these matters, and one that is often surprisingly neglected. The point applies to the archaeology of many different eras and places.

The specific story I am reading concerns the Staffordshire Hoard,a spectacular collection of seventh century Anglo-Saxon treasures found in an English field several years ago, and now the subject of a major book length study. Do look at the pictures there: they are straight from a real life world of Game of Thrones. I’ll come back to this collection later, and particularly to some fascinating Christian objects.

But my point about the whole hoard and its contents is this. How did they get there, and why do we have them today?

Some objects from the past are found where they were clearly intended to be placed, either in or on top of the ground. This would include buildings, monuments, or graves. A great many other things, though, are found buried or concealed in seemingly random places. That includes manuscripts or scrolls or lost gospels, but also hoards of treasure, precious objects, or coins. Archaeologists find these things, they celebrate them and publicize them, but we often don’t think quite enough about why they are there in the first place. Think about it. When did you last take all your finest valuables and bury them in the back yard? I very much doubt if you ever did such a thing thinking “This will provide a wonderful basis for a Discovery Channel program in the 31st century!”

Actually, there is an exception to that statement, in that pagan societies often did bury things deliberately with the intention of making gifts to the gods, as so-called votive offerings. They buried them in the ground, or sank them in rivers, and the objects show up millennia later. But those actions usually stand out in the record.

By way of contrast, let’s take a non-pagan example. One of the finest treasures of Roman Christian antiquity comes from Water Newton, in eastern England. Found in 1975, it’s a wonderful collection of silver objects with explicitly Christian marks and symbols. Almost certainly, it represents the liturgical silver of a major church, probably a bishop’s seat at the nearby town of Durobriviae – a cathedral, if you like. It’s great evidence for the strength and prosperity of Christianity in late Roman Britain, say of the fourth century.

But again, two questions should arise. First, why is it there in the first place? Without argument, someone buried it to keep it safe in a time of presumed danger, whether a civil war or, more likely, barbarian raids. The devastating invasion and crisis of 367-368, the “Great Conspiracy,” would be an obvious context. But then think of the follow up. Once it was buried, why did nobody come back to dig it up? The obvious answer is that either the individuals who did the digging – or even the whole community – had been killed, or else removed far away from the site. Nobody thought, “Oh, we might as well leave it buried.” In other words, the treasure is the monument to the obliteration of a community. It’s testimony to oblivion and forgetting.

People bury things meaning to come back and get them. And then they don’t. Why? I focus on those two questions. Who buried it? And at least as important, why did nobody return to dig it up? And that second one has tragic or depressing implications. The buriers either died, or the records were lost, or the situation changed so totally that nobody felt safe about going back to retrieve it.

Think this through as a process. Here is an imaginative reconstruction. A church has five hundred members, and the barbarians are approaching. You decide to bury the treasure, and preferably in a secret place, far from the inquisitive eyes of wandering peasants. You dig at night. But who gets to know where it is? If fifty or a hundred people know, then the barbarians just have to grab someone at random and torture them till they talk. So, security demands that just three people know, say the bishop and two of his closest clerical allies. But if all three die in a raid, or are carried off into slavery, then the treasure … will end up being dug up a mere 1,600 years later, and will be the pride of the British Museum. Which is very small consolation to the people who did the concealing.

Going back to the Staffordshire Hoard. Why would someone bury all these wonderful things, all the splendid gold? And why did nobody come back for it? You can read the discussions at length, but here is a quick summary of at least part of the answer. In seventh century England, one of the deadliest and most effective kings was Penda, a vigorous pagan, who ruled the kingdom of Mercia. He appears as a villain in most Christian accounts, an enemy of conversion. He was the lethal foe of the kings who became Christian converts and even saints, like Oswald of Northumbria, whom he killed in battle. Penda won repeated victories, until finally, on November 15, 655 he was himself killed by Oswald’s brother Oswiu. From the location alone, in the heart of his kingdom, it is very likely indeed that this was Penda’s treasure. It represents a collection of things he had taken from defeated armies in his career, including their gorgeous gold objects, jewelry, and sword pommels.

That element of loot explains the Christian objects in the collection. That includes crosses, and also an engraved strip with Moses’s words from Numbers 10.35 – in Latin, of course -“Rise up, Lord, and let thine enemies be scattered; and let them that hate thee flee before thee.” That would be very appropriate as a battle text, for a newly Christian king, and especially one going into battle against pagans. They don’t mean that the person who buried it was Christian, but rather the king who collected these things was taking them from Christians. Quite likely, a Christian bishop blessed some sacred objects for a king going into battle against Penda, but Penda defeated him, and appropriated the treasure. Ditto for the so called gold “mystery object,” which now appears to be “part of an early Christian head dress, worn by a priest or cleric.” That lesson again: just because something is in a collection does not necessarily tell us about the views or beliefs of the owner of the collection. Perhaps he had just stolen it, as spoils of war.

Back to my two key questions. Who buried it? And why did nobody return to dig it up? We know that Penda marched off to war in 655, and he assuredly would have left some or all of his treasure back at his home base or palace. When news came of his defeat and death, did some trusty follower or relative bury the treasure to wait for more certainty? But they did not get the chance to retrieve it.

The best explanation is that the treasure was buried during the three years or so of total bloody chaos that followed Penda’s death. (See Game of Thrones analogy above). Penda left two sons, one of whom, Peada, became king and accepted Christianity. However, as an early source tells us, “Peada ruled no length of time, because he was betrayed by his own queen at Eastertide [656].” He was “very wickedly killed” through his wife’s treachery “during the very time of celebrating Easter.” That wife, Ealhflæd, was the daughter of his deadly enemy Oswiu, who then tried to rule over the whole land as occupied territory. The Mercians revolted, and by 658, they established a second son of Penda as the new king, Wulfhere. There are so many opportunities here for midnight burials of treasure, followed by people being assassinated before they could pass on the location to some trusted successor.

I imagine Wulfhere spending many fruitless years after 658 trying to work out exactly what had happened to the inheritance he should have got from his father. Did he order his followers out to dig hundreds of random holes in the ground, in what seemed like plausible hiding places? The fact they all failed is high credit to the people who actually did the hiding in the first place.

But to reiterate: no, they did not decide to leave it all in the ground for the sake of future museum curators.

Whenever you find “buried treasure,” there is a story there, and it usually means no good whatever for the people who did the concealing. Somebody didn’t come back, usually because they couldn’t.

I’ll return to this topic next time, in the context of other “treasures,” namely scrolls and lost gospels. 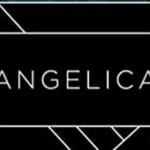 November 21, 2019
Evangelicals: The Problem with Insider History
Next Post

November 25, 2019 Scrolls, Lost Gospels, And Why Nobody Came Back To Get Them
Recent Comments
2 Comments | Leave a Comment
"When it's matters of pure personal preference, yes. But the question of the roles women ..."
Eeyore The Cost of Staying Silent
"Good advices to avoid scholarly provincialism and narrowness of vision."
J.A. Amazon, Wikipedia, and Scholarly Research
"And yet there is not 1 place or word in the Bible that condemns abortion ..."
KDNDLKJ Why Do White Christians Find It ..."
"Forced birth is not the same as pro-life. The unborn are easy to love, easy ..."
JamieHaman Why Do White Christians Find It ..."
Browse Our Archives
get the latest from
Anxious Bench
Sign up for our newsletter
POPULAR AT PATHEOS Evangelical
1