I have recently watched the engaging, new movie, “Two Popes,” directed by Fernando Meirelles and written by Anthony McCarten, adapted from McCarten’s 2017 play “The Pope.” It simulates a lingering conversation between Pope Benedict XVI (Cardinal Ratzinger) and the current pope, Francis I (Jorge Bergoglio), who in the film is still Archbishop of Argentina. The film is well worth seeing as it accurately captures the contrasting sensibilities and gifts of the two men. Viewing it prompts me to re-post this reflection from some years ago written shortly after the election of Bergoglio:

“Two Popes Walk into a Bar”

A more accurate title for this blog would be “Watching the Papal Transition from Catholic Europe.” But I couldn’t resist, even though I don’t have a punch line–or even a joke for that matter.

But down to business.

I am on sabbatical this spring semester, spending part of it as a visiting scholar at the University of Munich and enjoying wonderful lodging in the Herzogliches Georgianum, one of the oldest Catholic seminaries north of the Alps, and a hammer against Protestantism in the sixteenth century.

But times change and I find myself, an erstwhile Baptist from Alabama, dining regularly with priests and seminarians from around Europe and the world in this most Catholic of German cities, the seat of the diocese of Munich-Freising, where Josef Ratzinger served as Archbishop before heading south to become a leading light in the papacy of John Paul II and then, of course, Pope Benedict XVI.

But that was then. The talk at the seminary’s lunch table has, of course, been about the new pope, Francis I. Generally, reactions have been very positive. The seminarians that I have chatted with seem genuinely pleased that the pick went to a non-European (albeit one with Italian immigrant roots) and that he adopted the name Francis, a choice suggesting both humility and more than a little chutzpah. By not picking the name of a papal predecessor, it also suggests a break from the past, but only by way of emphasizing the witness of a (past) iconic saint. In the language of Vatican II, one can read the choice of name as both ressourcement (recovering the tradition) and aggiornamento (bringing the church into dialogue with present).

The meeting of the two popes at the papal summer residence and retreat place, Castel Gandolfo, a while back was quite striking. The aging Benedict and the younger (but no spring chicken!) Francis present some stark contrasts. The former leaned heavily toward the scholarly life, the vita contemplativa; the latter toward social engagement, the vita activa. Benedict’s early world was shaped by the pious and pungently baroque environment of Southern German Catholicism. Francis was formed in the urban, immigrant-filled megapolis that is Buenos Aires. Benedict was more inclined to fight the intellectual demons of the age; Francis appears poised to focus on the age-old demons of poverty, hunger, and corruption.

As such, the two bring into focus various gifts of the body of Christ. What does one hope for in the pontificate of Francis I? Here are a few things on my wish list:

-That he would continue the Magisterium’s developing teaching on ecumenism, revisiting John Paul II’s encyclial Ut unum sint (1995), but bring to this teaching his own experience with the Catholic-Pentecostal tensions in Latin America.

-That he would moderate Rome-centered ultramontanism (an enduring product of the ninteenth century) by emphasizing the fraternal relations among all bishops and the Church’s enduring commitment to conciliarism. (He seems to be doing this already by emphasizing–among his several titles–the title “bishop of Rome.”)

-And, finally, that he would press ahead with the mission that seems closest to his own heart: bringing the message and the work of the Gospel to the least among us, the outcast, the needy, and the poor.

Actually, I do have a joke. It appeared in a newspaper of unknown origins and was conveyed to me at the seminary’s lunch table: two wealthy curial cardinals, looking glum, are standing next to expensive cars with “for sale” signs on them. One cardinal looks at the other, shrugs, and says “I didn’t vote for him.”

But, obviously, most cardinals did. Remembering then our mandate to overcome the wounds of division in the Church, let all believers of good will pray for Pope Francis and the future of the Roman Catholic Church.

December 27, 2019
Of Greeks, Gods, Buddhas, and Graven Images
Next Post 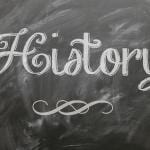 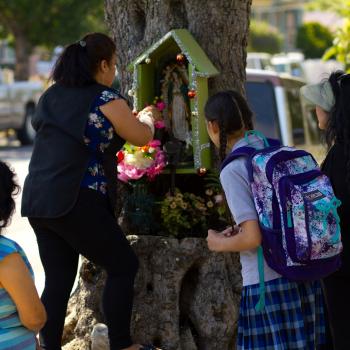