The Mercy of the Pelican

The Mercy of the Pelican March 26, 2020 johnturner

On one of my visits, I noticed something that will no doubt be common knowledge to students of medieval Christianity but was new to me. In two paintings — on the central mural behind the altar and in one of the stations of the cross — is an image of a pelican with her young chicks. A pamphlet informs that the image symbolizes “Christ’s sacrifice based on a belief in the Middle Ages that the pelican feeds its young with its own blood.” 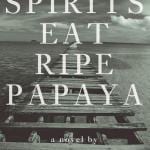 March 27, 2020 The Plague Village
Recent Comments
0 | Leave a Comment
"Thank you for this reflection, John. It can be good to recapture and celebrate a ..."
Alex Burgess Thanksgiving: History and Meaning
"Please view how the Moorish Science Temple of American thinks about Dr. Dorman book https://youtu.be/_BCVUuhCY7I"
Bro. Bey Spread The Picture On A Wider ..."
"Alex Trebek is burning in Hellfire. Jesus Christ said He is the only Way to ..."
CarbonCanolli The Many Faiths of Alex Trebek
"I would not define the difference between cosmopolitan and populist in terms of intellectual prowess, ..."
Kirk Leavens Is There a “Cosmopolitan Evangelicalism?”
Browse Our Archives
get the latest from
Anxious Bench
Sign up for our newsletter
POPULAR AT PATHEOS Evangelical
1