A Saint for Failed States and Refugee Crises

Most modern readers find it hard to identify with ancient or medieval saints’ lives, written at times when people had such very different expectations of sanctity. We may or may not believe that Saint X healed lepers or foretold dynastic changes, but it’s hard to identify with the situations. What do the concerns of those early readers have to do with us? Well, here’s an exception. It’s called the Life of Severinus, and you can read it full text. It tells how a courageous Christian leader coped with a world in the throes of destruction – of a systematic ruin that in its day must have seemed as overwhelming as the threat of total war or pandemic or environmental collapse in the modern world. Written 1,500 years ago, it is ideal reading for an age of mass migration and failed states, of refugees and asylum-seekers. It is as modern a spiritual life as you will ever read.

The setting is the mid-fifth century, the era when the sophisticated urbanized Roman world was under assault from waves of barbarians. Apart from the immediate danger of massacre and physical destruction, civilized inhabitants faced the dangers of famine, economic collapse, and plague. By this time, most of Rome’s European empire was officially Christian, and believers saw the accumulating horrors as signs of the apocalyptic End Times. Particularly in the border territories, cities fell, churches were destroyed, communities killed or enslaved en masse, and all familiar institutions were uprooted.

The tale of Severinus offers a first hand snapshot of a civilized world in dissolution. According to a strictly contemporary Life, Severinus (410-482) first appears in Noricum and Pannonia (modern Austria, Slovenia and Croatia) at one of the worst moments of European history, in the immediate aftermath of the Hun invasions of the 450s. Roman forces have been destroyed or withdrawn, leaving the work of defense to local militias. Throughout the book, we find laconic suggestions of the horror of the time:

That night the Heruli made a sudden, unexpected onslaught, sacked the town, and led most of the people into captivity. They hanged the priest Maximianus on a cross. … A vast multitude of the Alamanni, minions of Death, laid everything waste.

It is a horribly convincing picture, one that could have been drawn from Germany in the 1640s or the 1940s, or of parts of Central or Western Africa today. 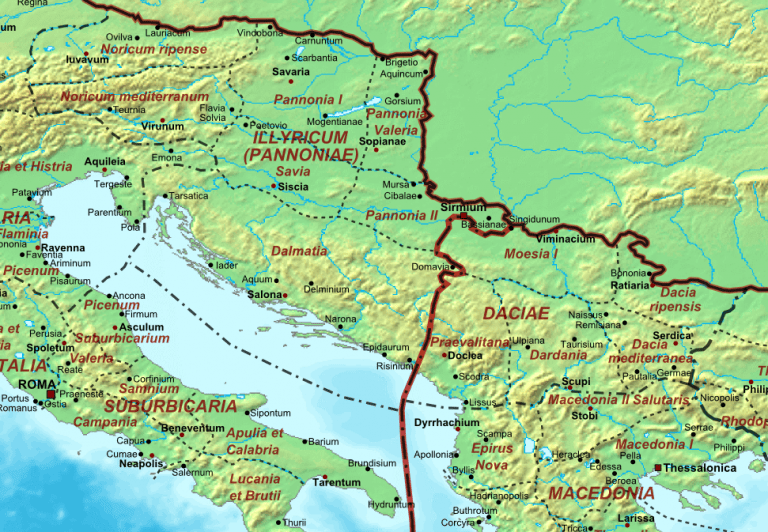 Severinus visits cities either recovering from invasion, or preparing to face massacre. He offers spiritual guidance, as he “set forth examples of salvation from of old, in which the protection of God had freed his people in unforeseen and wondrous ways.” Naturally, we hear of the miraculous aid he offers, opening frozen rivers and causing earthquakes to terrify barbarian raiders.

But the saint responded very practically indeed to what we would today call the humanitarian crisis. When cities were threatened by famine, he approached rich citizens who had hoarded food, bullying them into sharing all they have. He kept up a stream of letters to surviving cities to beg for spare food and clothing for the homeless and the refugees, and his pleas succeed. One friend

had hired many companions, to carry on their backs, for the benefit of the captives and the poor, a collection of clothing which the people of Noricum had piously given. …

[Severinus] took so great care of captives and the needy that almost all the poor through all the towns and fortresses were fed by his activity.

In a society where war was lavishly funded by the profits of slave trading, it was Severinus who ransomed the hostages, using all his spiritual charisma to bully captors when offers of money failed. Using his powers of healing and prophecy, he befriended and overawed barbarian chieftains.

As time went by, his efforts moved to evacuation, and the wholesale resettlement of refugees. Time and again, he inspired communities to organize themselves for defense, and the Romans won some victories. Eventually, though, he realized that the cities have become indefensible, and that the survivors must be moved into a sanctuary zone. He told the people of one city,

‘Know that you are now set free through the protection of God to the end that you may depart hence within a little space of time, granted you as a kind of armistice. So gather together and go down with me to the town of Lauriacum [modern Enns].’ …  But when the people of Batavis hesitated to leave their native soil, he added, ‘Although that town also, whither we go, must be abandoned as speedily as possible before the inrushing barbarism, yet let us now in like manner depart from this place.’ … After the destruction of the towns on the upper course of the Danube, all the people who had obeyed the warnings of Saint Severinus removed into the town of Lauriacum.”

At the end of the Life, Lauriacum maintains a shaky independence.

But do note one thing. In large sections of the Roman world, the Latin language survived to become the basis of later tongues like French, Italian, and Spanish, which suggests a high degree of continuity below the level of ruling elites. Regular life carried on for ordinary people, to some degree. That was not true in Severinus’s areas, where Latin eventually gave way to the invading tongues, to German, and later Slavic. Latin Lauriacum became Enns. The old world perished.

The Life of Severinus is a magnificent historical source, but much more, it tells of a Christian leader who combined a fiercely ascetic personal piety with wide-ranging activism in political and social affairs. He was a role-model for the modern world.

I am adapting an older blogpost at this site. 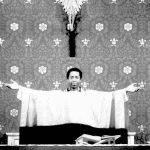