American Prophets and the Progressive Religious Tradition May 8, 2020 Philip Jenkins

Here is a book that I look forward to reading but have not yet cracked open. Journalist Jack Jenkins (no relation!) has a new book out called American Prophets: The Religious Roots Of Progressive Politics And The Ongoing Fight For The Soul Of The Country (Harper One, 2020). And no, I am not just writing this on the tribal basis of “We Jenkinses must stick together.” Rather, he raises a critical point about the intersection of religion and politics throughout US history.

The book is written from a strongly left/progressive viewpoint, and to say the least, its opinions are not mine. (I draw your attention to the excellent American Conservative, where I serve as contributing editor). Here is the HarperOne description of American Prophets:

I can find something friendly, or at least charitable, to say about everyone on this list, except for Linda Sarsour, whose repulsive views on Islamism, Islamic regimes, and Israel should place her way beyond everyone’s pale of acceptability. If she’s an American prophet, then I’m Marie of Roumania.

I quote the book description from Publishers Weekly.

he devotes chapters to individual topics, including health care, electoral politics, racism, police violence, immigration, environmentalism, economic inequality, LGBTQ equality, hate crimes, and multifaith work. A particularly revealing section details his reporting on Mauna Kea, Hawaii, where Hawaiian tribal elders successfully protested to halt the environmentally destructive construction of a large telescope. His investigation into Southside Presbyterian Church in Tucson, Ariz., a church that has become a bedrock of the New Sanctuary movement sheltering the undocumented, is also a highlight.

But if I am so far removed from the book’s target audience – and if Jack Jenkins and Philip Jenkins stand at opposite poles on so many key issues – why am I publicizing American Prophets here? Basically, because if reflects a theme that I so often stress in my writing and teaching, which is that it is all but impossible to understand American political history, left or right, without that religious angle. In some cases, such as abolitionism, that linkage is clear enough. But imagine how the New Deal would have fared if not for the enormous support of Catholic clergy in supporting union activism. The more you look at key industrial centers like Pittsburgh, the more you realize the pivotal significance of those legendary “labor priests.”

I once worked on Philadelphia’s Cardinal Denis Dougherty (1918-51), who was rigidly authoritarian even by the standards of the Catholic church of his era, and who was fervently anti-Communist, but who was close to fanatical in his opposition to racial segregation or discrimination of any kind. He happily threatened excommunication against any Catholic who instituted or enforced segregation.

In later eras too, let me know if you ever find a way of understanding the Civil Rights movement except in the context of the black church. I certainly can’t. Think of the rhetoric, the imagery, the symbolism, the hymns, not to mention the clerical background of the key figures. Was this not a Fourth Great Awakening? Likewise, historians write a lot about Cesar Chavez, who (they claim) organized protest marches and did a well-publicized hunger strike. No he didn’t. As he explicitly said, the organized pilgrimages and undertook a religious fast. His followers commonly used the banner of the Virgin of Guadalupe.

As everyone knows, Jews have historically played an enormous role in social activism. In some cases, these were people who rejected organized religion, but many others were driven by explicitly Jewish themes, traditions, and scriptures. They weren’t activists who happened to be Jews, they were progressive because they were Jewish, and that was how they expressed their Judaism. Big difference. The same is true in their way of many Catholics through the decades.

Throughout American history, look at peace movements, environmentalism, immigrants’ rights movements – this is absolutely nothing new. The sanctuary movement? Just where, in the 1980s, did they get the very Catholic language of “sanctuary”?

I would also place heavy stress on American sects, new religious movements and “cults.” They have so often served as social laboratories for progressive causes, especially gender and racial equality, but many other themes, including anti-imperialism, environmental awareness, and dietary reform. Often, innovations that began on the religious margins have worked their way into the social mainstream so thoroughly that we forget their origins. I talked about those influences at length in my 2000 book Mystics and Messiahs.

I offer the example of Theosophy, about which I have often blogged here. This very influential movement had some frankly mad ideas about human history and race, and their “ancient” and antediluvian scriptures were wholly invented. Even so, between the 1880s and 1930s, they did a vital job of mainstreaming the idea that Western, white, technological, Christian civilization was not the only form of high culture on the planet, nor necessarily the most advanced, and that other cultures – especially from East and South Asia – were at least comparable. That was a daring insight for the time. Theosophists also played a critical role in mainstreaming the idea of Indian independence. Such ideas now seem so normal that it is hard to appreciate how strange they appeared at the time, at the highwater mark of imperial ideology at its most aggressive and expansionist, and of white supremacy.

Jack Jenkins is addressing the latest (and definitely not last) phase of a fundamentally American story. It’s sad to think that many reviewers will come to this book with a note of surprise that, whoa, religion can be progressive!

I would be very, very, amused if people start assuming that I am the Jenkins responsible for American Prophets, and get to wondering about my supposed political transformation. I’ve dealt with one example of such confusion already.

And while I am publicizing books I may not entirely agree with, I note Tony Keddie’s Republican Jesus: How the Right Has Rewritten the Gospels (University of California Press, due October 2020).

By the way, Publisher’s Weekly recently did a very good survey of several recent books on “Faith’s Changing Role In Politics: Religion publishers explore the numerous ways faith and social issues overlap in today’s political climate.” On Monday, I will be discussing one of the titles mentioned, Paul Matzko’s excellent new study of The Radio Right: How a Band of Broadcasters Took on the Federal Government and Built the Modern Conservative Movement.

May 7, 2020
Native Americans, the Ten Lost Tribes, and the Book of Mormon
Next Post 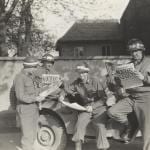