Religion and Violence: A Book Review

In some respects, these developments are welcome, fostering engagement with matters undeservedly neglected in the past. But one wonders if the frequently used phrase “religious violence” adequately captures the complex realities being considered. One need not look hard, moreover, to discover that the new interest often stems from the debatable modern commonplace that religion is somehow inherently violent and must be countermanded by something indiscriminately called “secularism.”

Since the timely publication of his Terror in the Mind of God: The Global Rise of Religious Violence (2000), Mark Juergensmeyer, professor of global studies and sociology at the University of California Santa Barbara, has been a key player on the academic circuit and a widely sought-out expert by newsrooms.

In God at War, he summarizes decades of teaching and writing in a book that exquisitely illustrates what is right and wrong with the latest academic trend.

On the positive side, Juergensmeyer recognizes what many geopolitical analysts have missed: yes, even in our modern age, religious convictions powerfully shape human motivation and action–often or the good but admittedly not always for the better. One must, therefore, understand religious traditions, exegetically and theologically, from the inside, he claims. Drawing thus from Jewish and Christian scriptures, the Qur’an, and Hindu epics such as the Mahabharata and the Ramayana, Juergensmeyer argues “that war is the central image in the worldview of virtually every religious movement.” He calls these conflicts “cosmic wars” because they offer an all-embracing moral framework for the struggle between good and evil

As such, they present a darkly seductive “alternative reality” to quotidian existence that, if entered into, can through various twists and turns lead to actual violence; they “furnish a comprehensive worldview, a template of meaning in which religious violence makes sense. Righteous people are pressed into service as soldiers and great confrontations occur. . . . But ultimately the righteous will prevail, for cosmic war is, after all, God’s war.”

Juergensmeyer captures something truthful and worrisome about certain types of religious psychology, no doubt. His frequent references to interviews with terrorists—another strength of the book—support his claim. While other factors might contribute to violence, most extremists see themselves engaged in an epic conflict, in which enemies are demonized, the righteous justified.

But nowhere does Juergensmeyer answer a fundamental question: what exactly counts as religion and what not? Any student of the twentieth century knows that secularist ideologies—nationalism, Marxism-Leninism, Maoism—have left a blood-soaked trail behind. These “political religions,” as the political philosopher Eric Voeglin once called them, possess their own sacred texts, offer epic narratives of historical meaning, and tend to divide the world between the righteous and the damned. It is thus not entirely clear why are they exempted from Juergensmeyer’s analysis.

But even if we stick with conventional definitions of religion, Juergensmeyer too often overgeneralizes, using phrases such as “the religious worldview” as if all faiths had uniform things to say with respect to violence and, implicitly, as if a contrasting “secular worldview” provides the antidote.

Because of his heavily textualist focus, moreover, Juergensmeyer does not offer much that would explain why, say, Finnish Lutherans generally are not motivated to misdeeds by scriptural violence, but jihadists in Syria or Pakistan are. Surely much else besides violence in a sacred text is going on. As studies have shown, violence usually reflects a complex cocktail of causes—religious, political, ethnic, social—and thus the tag “religious violence” often conceals as much as it reveals.

Juergensmeyer raises the question of whether religious traditions themselves might furnish resources for peace. He invokes but largely dismisses Augustine of Hippo’s teaching on “just war.” He tips his hat to Reinhold Niebuhr, Gandhi, and the literary theorist René Girard, who influentially theorized that the notion of a “scapegoat” in many traditions offers controlled “cathartic violence” that staves off widespread, actual violence.

These are worthy mentions. Still, one wishes that, in addition to highlighting violent scriptural passages, Juergensmeyer would have kept an eye out for countervailing themes. “Blessed are the peacemakers, for they shall be called sons of God,” as the Gospel of Matthew puts it. “For hate is not conquered by hate: hate is conquered by love. This is the eternal law,” says the Buddhist Dhammapada.

Perhaps the very texts where danger lurks might also contain the saving power. Seeing both realities, while not explaining religious violence in monocausal terms, is the challenge of the future, and one that this slim volume learnedly and eloquently evades. 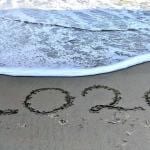 December 29, 2020 2020: Epidemics, Evangelicals, and Everything Else
Recent Comments
0 | Leave a Comment
"Glad you found us, Simon! Thanks for commenting."
Chris Gehrz Ch-Ch-Changes
"I only came across anxious bench in the last year so just want to thank ..."
Simon Curran Ch-Ch-Changes
"Is that why you demand the right to make women slaves? Because of your own ..."
KDNDLKJ Why Do White Christians Find It ..."
"Good point. Persecution can have some surprising effects!"
philipjenkins Of Empires, Faiths, and Unintended Consequences
Browse Our Archives
get the latest updates from
Anxious Bench
and the Patheos
Evangelical
Channel
POPULAR AT PATHEOS Evangelical
1