2020: Epidemics, Evangelicals, and Everything Else

I’m tempted to take a year off from my annual tradition of compiling a year-end retrospective that not only lists our most widely read posts, but identifies some common themes running through the 270+ posts we publish every year. But while I won’t regret turning the page on 2020, the experience of this generally terrible year actually underscores the importance of looking back over it.

First, the way we experience time in a pandemic makes it harder than usual to remember: both because everything on the other side of March seems so far away (Did I actually go to a Mandolin Orange concert at the end of January? Did we really sit that close together?) and because the days, weeks, and months since then seem to blur into sameness. Second, while there’s not a lot of encouragement to find amid a pandemic that has killed almost 1.8 million people around the world (including more than 330,000 Americans), at least that crisis reiterated the value of studying the past: recent and distant.

Our two most-read posts of the year found me looking to Martin Luther’s response to a 1527 outbreak of the plague (#2) and American churches’ response to the influenza pandemic of 1918 (#1). As guest blogger John Schmalzbauer noted, Billy Graham was born in the middle of the latter crisis, but in 2020 his son and granddaughter opposed public health strategies like those used against influenza (#11). Elsewhere, Philip wondered about the long-term impact of COVID on religion (#10) and noted the enduring popularity of a psalm whose author prayed for deliverance “from the noisome pestilence” (#27). Faced with the need to teach in the middle of a pandemic, Andrea found some solace in a wartime sermon by C.S. Lewis (#16).

If COVID was the top story of 2020, surely the U.S. presidential election was #1B. Yet none of our most popular posts was primarily about Donald Trump or the Democrat who defeated him. Perhaps that says something about a kind of fatigue setting in among our readers and authors.

But America’s outgoing president was just off stage for many of our posts about his most loyal religious constituency, as we continued to wrestle with the relationship between evangelicalism and politics. Kristin wrote about disgraced Trump backer Jerry Falwell, Jr. just before he was forced to resign as president of Liberty University (#4). In his first half-year at The Anxious Bench, Dan wondered why white Christians find it easier to denounce abortion than racial injustice (#5) and if evangelical theology can produce Democratic voters (#22). And I urged Christian parents to ask better questions before believing rumors that evangelical colleges were “drifting” to the left (#8).

As so often in the past four years, several of our most widely read posts focused on issues of gender in evangelicalism. For example, Andrea reflected on the experience of single women in churches that often valorize married life (#12). Beth explained why evangelical women, among others, should mourn the death of Justice Ruth Bader Ginsburg (#21) and recommended readings to whet the appetite for her forthcoming book on Christian patriarchy (#25). Kristin analyzed the response to Aimee Byrd’s book on complementarianism (#20) and noted some other books (#30) whose themes connected to those in her much-discussed Jesus and John Wayne — itself the subject of John’s most popular post in 2020 (#28).

This year, guest bloggers played a particularly important role in advancing conversations about evangelicalism. Abram Van Engen warned about those Christians’ uses of American national mythology (#9), then published a follow-up dialogue with one of the people he’d criticized: Os Guinness (#19). Peter Choi, meanwhile, was not convinced that evangelicalism was actually addressing the problems brought to light by the Trump years (#15 — see that post’s comments section for Peter’s back-and-forth with one of the famous pastors he mentioned).

Other visiting writers went beyond evangelicalism to draw on other strands in church history, as when Joey Cochran clarified the historical meaning of the word “heresy” (#26) and my Bethel colleague Sara Shady looked back to Martin Luther King, Jr. to make sense of our turbulent summer here in the Twin Cities (#29). Likewise, I appreciate that readers of a blog on Patheos’ Evangelical channel would track with us as we occasionally looked at a rival branch of American Protestantism. Back before the pandemic cancelled this year’s meeting of the United Methodist Church, Andrea analyzed the pending split in the nation’s largest mainline Protestant denomination (#6). Philip considered how American Anglicans became a mainstream movement apart from the Episcopal Church (#17). And after a year among Lutherans, I lamented what was being lost with the steep numerical decline of the mainline (#18).

While I’m a bit disappointed that none of our writing about Catholicism cracked the top 30, our readers did recognize the contemporary relevance of other kinds of religious history. To Melissa, Mitt Romney’s Mormon faith helped explain the significant silence at the heart of a remarkable speech by the Utah senator (#7). Kristin looked to Amish history in light of new church sexual abuse scandals (#13). (See also her recent post recommending a new book meant to help churches guard against and recover from abusive cultures, #23). And my favorite title of the year came from a David Swartz post set in Toronto, among some Reformed scholars who, well, smoked pot (#24).

That accounts for most of our top 30… but I’m not sure how to classify Philip’s post inquiring as to the identity of an unnamed character in one of my favorite gospel stories (#14). Or Beth’s most popular post in 2020, an apology to a guest speaker at the university where she works alongside Philip and Andrea (#3).

But then most  of my favorite AB posts from this year were too eclectic to fit a category, or even show up on the top 30 list: e.g., Philip’s on Harry Potter fandom, David’s on spiritual warfare, and not one but two posts on church ladies, courtesy of Agnes and Melissa. For my part, two of my favorite, least-read posts this year concerned detective fiction and the Philippines. All of which underscores one way that Anxious Bench has, blessedly, stayed the same in the midst of so much change: our authors and readers continue to believe that no topic is beyond or beneath the interest of Christians who want to understand the past and its relevance for the present.

December 28, 2020
Religion and Violence: A Book Review
Next Post

December 30, 2020 I’m Not Leaving Evangelicalism, Even with Its Unfortunate Political Choices
Recent Comments
0 | Leave a Comment
"Interesting to look at what you edited in your description of "Emancipatory Maximalists": “Nothing,” they ..."
Occupy Christianity Recovering Liberal Democratic Norms in Christian ..."
"Rev Billy does actually speak with love & reverence to the birth of Jesus, if ..."
Rob VanAlkemade The Christmas Movie We Need Right ..."
"Well, I just threw the movie into the family chat to see if they want ..."
Luke Martin Shimek The Christmas Movie We Need Right ..."
""Four years of life under a president who didn’t understand the American system, and actively ..."
Roger McKinney Recovering Liberal Democratic Norms in Christian ..."
Browse Our Archives
Related posts from Anxious Bench 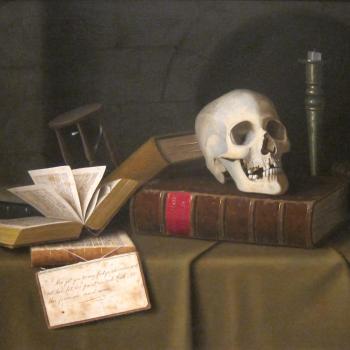 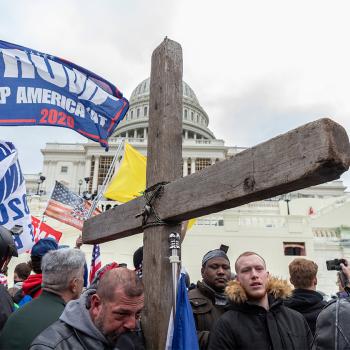