Some Hope for Evangelicalism 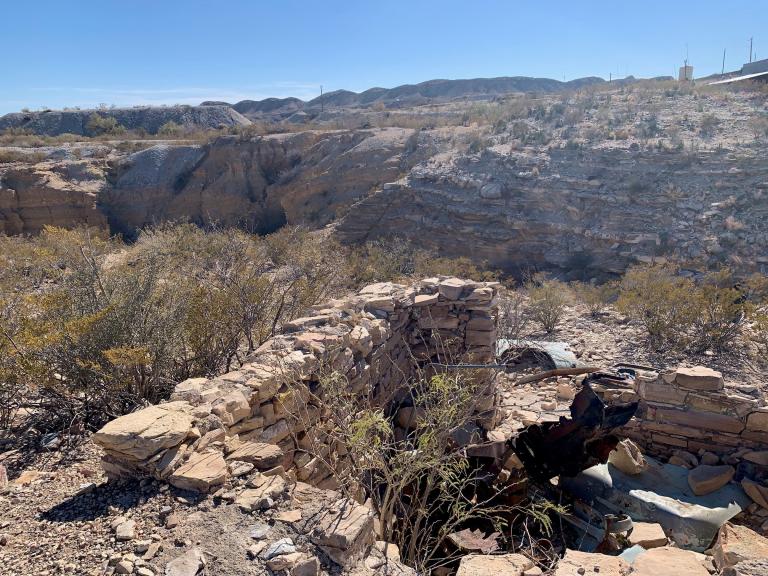 Last January we spent two nights in a ghost town. Deep in West Texas, on the edge of the Chihuahuan Desert, stand the crumbling remains of Terlingua. It was once a prosperous mining town, booming between the late 1890s and 1930s; drying up as quickly as the mercury veins that birthed it. The sun sparkled in the dry desert air as we removed our unnecessary jackets.  I watched from above, drinking a Topo Chico, as my husband and kids clambered to the mouth of the old mine shaft. I joined them to walk through the ruined buildings scattered across the hillside, managing just in time to grab my daughter before she stepped onto the rotted floor of the old school building. Locals still tell stories of watching the desert horizon for signs of Pancho Villa and his revolutionary raiders (circa 1916-1920), although the windows they once peered through have long disappeared.

More than 2000 miners once crowded this desert landscape–working for the Chisos Mining Company, gathering for worship at the church on Sundays, and even eating ice cre 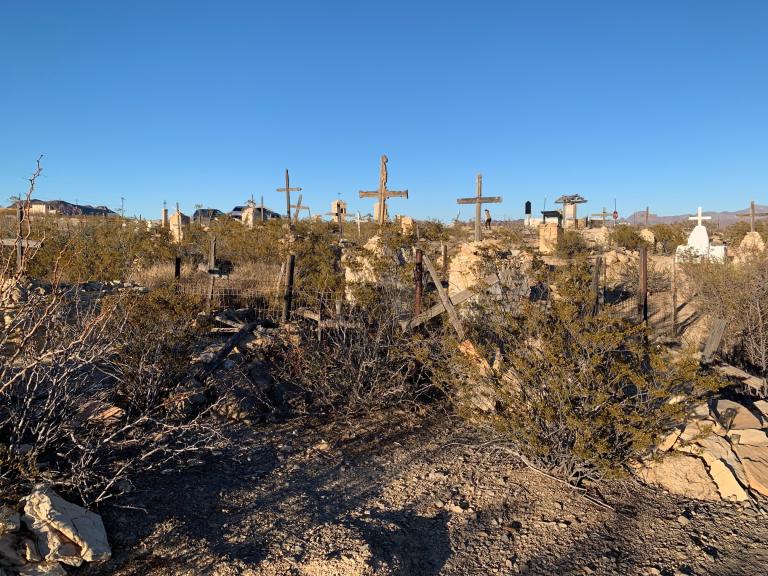 am with their families at the local parlor. Today, the most visible signs of life from this old Texas town lie in markers of death. Stretching barely an acre across the jagged and uneven hillside, the Terlingua cemetery testifies to the men, women, and children who made this harsh desert hillside their home. From the miners who died from the difficult conditions of their jobs to the victims of the 1918 flu epidemic, the people whose lives once filled the crumbling buildings of Terlingua now fill the nearby graveyard.

As I wandered through the century-old wooden crosses, scattered among the eclectic and even eccentric graves of more recent burials, I couldn’t help but think about the state of evangelicalism. The Mars Hill Podcast wouldn’t release for several more months, but evidence of a toxic culture litters the Christian hillside. From narcissistic pastors like Mark Driscoll, to sex abuse allegations at Willow Creek and Ravi Zacharias’ ministry, to deeply entrenched racism and Christian nationalism, to a toxic masculine culture that aligned evangelicals more with a political movement than the witness of Jesus,  American evangelicalism is better known for causing harm than for spreading the gospel. Indeed, the steep decline in evangelical numbers suggests that this once robust Christian landscape—historically filled with believers from a variety of faith traditions (Reformed, Baptist, Church of Christ, Methodist, Lutheran, Anglican, Pentecostal, non-denominational, etc.)—might one day go the way of the Terlingua ghost town: now a dried-up mining town of crumbling buildings and scattered graves. 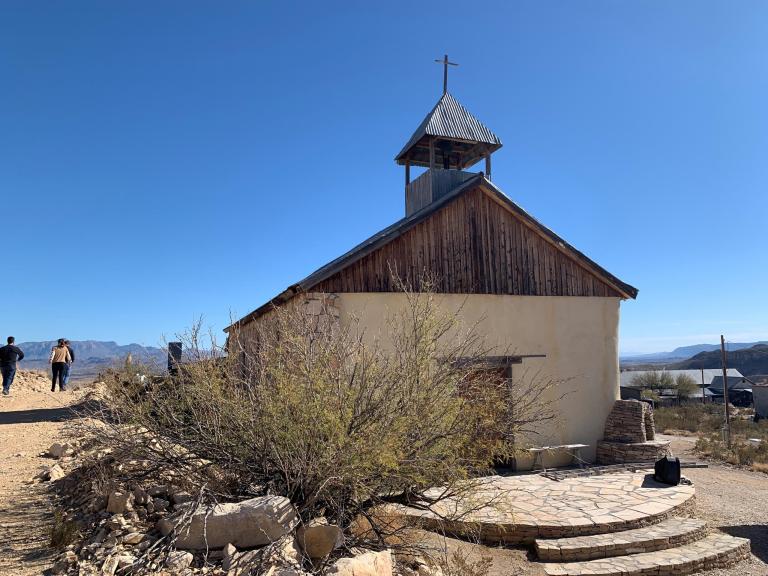 Yet Terlingua is more than a ghost town. It is true that the Chisos Mining company went bankrupt in the 1940s, destroying the local economy. Attempts to revive the mining business proved unsuccessful.  It is also true that Terlingua continues to exist today as a small but thriving town. You see, after the mines went bust, the town changed. Mercury proved only one of its assets; the very location of Terlingua—on the edge of what became Big Bend National Park—proved almost as valuable as quicksilver. Tourism gave new life to the old town, and by the 1970s and 80s several outdoor adventure businesses had put down roots in the area, guiding hikers through the beautiful but dangerous terrain of Big Bend and leading groups down the Rio Grande in rafts and canoes. A surprisingly popular chili cook-off started in 1967, and thousands flock to Terlingua each November for the international competition. So while the mining town of Terlingua died in the 1940s, a new Terlingua resurrected in its place–this time with an economy supported by outdoor tourism, chili-enthusiasts, and some really phenomenal restaurants.

Would you believe that the same day, as I walked through the Terlingua graveyard, wiping dust from the markers as I tried to make out weather-worn carvings, I was reading Scot McKnight and Laura Barringer’s A Church Called TOV: Forming a Goodness Culture That Resists Abuses of Power and Promotes Healing?  Would you also believe that the date was January 6, 2021—the day pro-Trump rioters stormed the capitol, many of them carrying Christian symbols? Well, both are true. As I stood among the dead on a day that self-proclaimed evangelicals assaulted the capitol, I heard a life-giving message that gave me hope for the evangelical future.

Now, I have to clarify two points. First, comparing Terlingua with modern evangelicalism is superficial. The point is 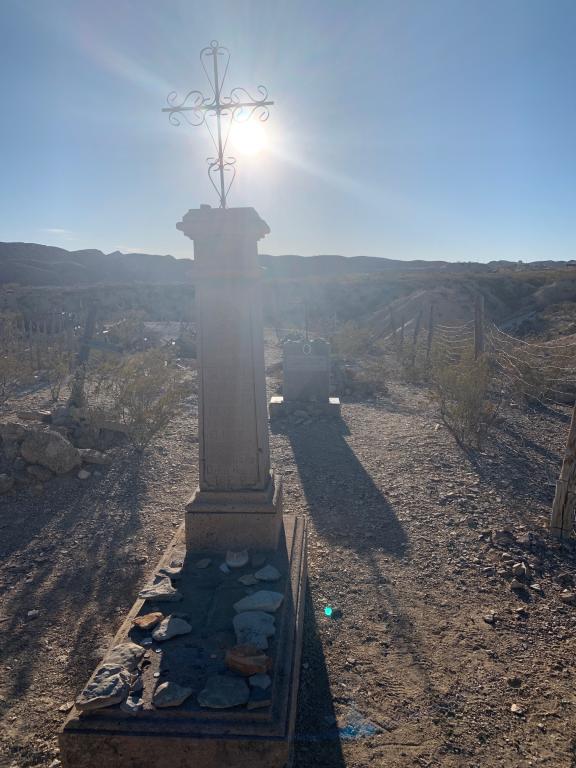 As for my second point, I am less invested in the survival of evangelicalism as a movement than I am in redeeming the evangelical witness. Ed Stetzer recently told NPR, “We [as evangelicals] need to make clear who we are. And our allegiance is to King Jesus, not to what boasting political leader might come next.” I’m not interested in the current, politically-motivated evangelicalism surviving; I am interested in reviving what evangelicals are supposed to be: gospel-centered.

August 3, 2021
The Olympics: Competition as Striving Together
Next Post

August 4, 2021 Why Baylor Will Never Be Notre Dame: Ecclesiastical Polity and College Football
Recent Comments
0 | Leave a Comment
"This is a well-reasoned article seemingly backed up by valid data. Thank you."
Maine_Skeptic Refugees and the Enduring Cruelty of ..."
"The commentary on the Bible of Kralice (from 1579; https://en.wikipedia.org/wi... says this (my own translation ..."
mcepl I Gave Them Laws Through Which ..."
"Weren't the Septuagint translators Jewish? The texts they had access to, we do not have ..."
giovanni barca Bitter Words and Inspired Scriptures
"In Acts 15:15-17, James reads from Amos 9:11-12, but HIS Amos 9:11-12 is very different ..."
FredClark Bitter Words and Inspired Scriptures
Browse Our Archives
get the latest updates from
Anxious Bench
and the Patheos
Evangelical
Channel
POPULAR AT PATHEOS Evangelical
1