Was Lenin the Buddha?

In the ebb and flow religious history, reformist movement are often necessary, especially perhaps in the modern age as they help religious communities better understand and adapt to changing times. Sometimes, however, they are blithely accommodationist, even obsequious to regnant powers, rendering well-meaning souls craven in their desire to become au-courant and accepted in the corridors of the bien-pensant. The allure of academic stature and media attention is often the culprit for the scholarly set.

But I’ve recently come across a case that simply takes the cake. It involves a reformist Buddhist movement in Russia in the early twentieth century in its efforts to comprehend and accommodate itself to the new Soviet regime after the Bolshevik Revolution of 1917.

Given the small size of the Buddhist population in the Russian Empire and its distance from major centers of power, Bolsheviks at first paid Buddhists little heed, regarding them mainly as backward, colonized peoples who should be grateful for their emancipation from tsarism. Making up just a half a million people, Buddhists were present among three distinct people groups at the beginning of Soviet rule: among the Buryat-Mongols living near Lake Baikal in Eastern Siberia (Buryatia), among the Kalmkys in the Volga region north of the Caspian Sea (Kalmykia), and among the Tuvians, who occupied a border region with China (Tuva), only annexed to the Russian Empire in 1914. Buddhism at first presented Marxist-Leninists with a quandary. On one hand, Buddhism appeared to offer valuable items through a Soviet lens: an egalitarian ethic and even a revolutionary attitude insofar as its origins were tied up in a revolt against the Hindu caste system. And in its Theravada form, Buddhism could even be regarded as atheistic. Yet the Buddha’s revolt against caste, so Soviet theorists ultimately argued, was overwhelming spiritual in nature and gave little attention to the material basis of existence. What is more, the idea of reincarnation, in historical perspective, too often appeared to them to serve the interests of ruling classes, promising the down-and-out rewards in another life for passive, pious behavior in the present one; Buddhism encourages “social passivity and . . . aloofness from the concrete historical situation,” as the Great Soviet Encyclopedia chides.

But I digress, so let’s return to the reform movement. In 1926, a Congress of Soviet Buddhists was organized in Buryatia, at which Buddhists and Communists appeared to see eye to eye on many issues, especially with respect to the “nationality” question. Delegates to the gathering even sent a telegram to the Dalai Lama, telling him that the new administration boded well for Buddhists. (Russian Buddhists owed their existence to Mongolian missionaries who brought Tibetan forms of Buddhism to them in the seventeenth century.) The commonalities between Communism and Buddhism expressed at the Congress were the fruit of the reform movement, sometimes called Neo-Buddhism or Buddhist Modernism, and largely the brainchild of the Khambo Lama Agvan Dordzhiev (1853-1938), once a study partner with the Dalai Lama, who in 1909 had obtained permission from the tsar to establish a Buddhist temple in St. Petersburg, Europe’s first Buddhist structure. Worried about Buddhism’s survival under the new Soviet regime and eager to achieve a modus vivendi with it, Dordzhiev made extensive efforts to find similarities between the two ideologies, claiming that Buddhism, rightly understood, was actually compatible with Marxist atheism. Some of Dordzhiev’s disciples went a step farther, arguing that Lenin was in fact a manifestation of the Buddha, who ought to be considered Communism’s true founder. These modernizing Buddhists also spread the belief that Russia was identical with legendary messianic kingdom of Shambala, which according to Tibetan Buddhism destroys all false beliefs and ushers in a period of Buddhist prosperity and harmony.

Some Marxist scholars were at first flattered by the comparisons, but most were simply nonplussed and ultimately little came of them. As the Soviets became more organized and as Stalin consolidated power and began his collectivization policies in the late 1920s, any ideological rapprochement receded and stark antagonisms and repression arose. Around this time, the infamous League of the Militant Godless (which some reformist Buddhists at first tried to join!) gained a voice in Buddhist regions and began to challenge Buddhist Modernism as yet another example of a cunning bourgeois half-measure. “Buddhist atheism has nothing to do with militant atheism based on the Marxist appraisal of the laws of nature and society,” as the Soviet atheist magazine Godless bluntly put it in September 1930. Buddhist leaders or lamas, too, faced severe scrutiny and came to be regarded as “feudal lords,” inherently reactionary, self-interested, and inimical to socialist progress. In 1928, onerous taxes began to be imposed on monasteries and many lamas were arrested, imprisoned, and deported. During Stalin’s reign, Dordzhiev himself was exiled to Leningrad (formerly St. Petersburg), arrested there in 1937, later dying in prison in Ulan-Ude in the Soviet Union’s far east, likely tortured beforehand. Several other lamas associated with the Buddhist temple in Leningrad were also arrested and shot in the 1930s and the temple was ransacked.

Then, things got truly bad, as most of Russian Buddhism was simply exterminated root and branch in the 1930s and 1940s, either through persecution, harsh collectivization measures, or deportation—a fate that fell to the Kalmyck Buddhist in the Volga region.

I will have more to say about Soviet-era Buddhists (and other faith communities under the USSR) in a new book project, provisionally entitled “Unholy Wars: Secularist Violence in Modern History.” But for now, permit me simply to note than accommodation, well, sometimes does not pay off. It might earn one a tip of the hat from the powers-that-be, but as these Buddhist modernizers learned, it can also prepare one to become a historical curiosity.

August 6, 2021
Writing The Cold War: What I Learned, and What Surprised Me
Next Post 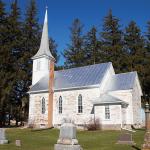 August 10, 2021 The American Christians Who Couldn't Worship in Their Own Language
Recent Comments
0 | Leave a Comment
Browse Our Archives
Related posts from Anxious Bench

Evangelical
Climate Shocks and the Fate of Empires (and...
Anxious Bench 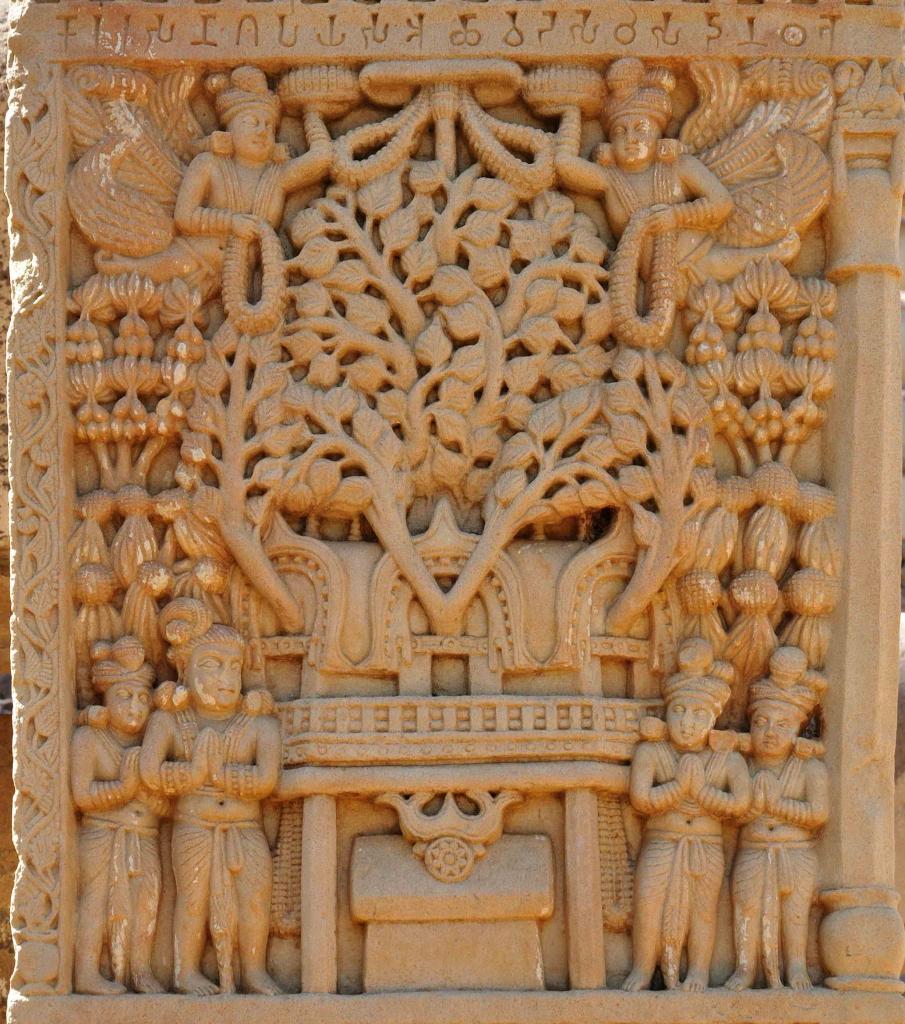 Evangelical
Empires and the Making of Buddhism (and Christianity)
Anxious Bench 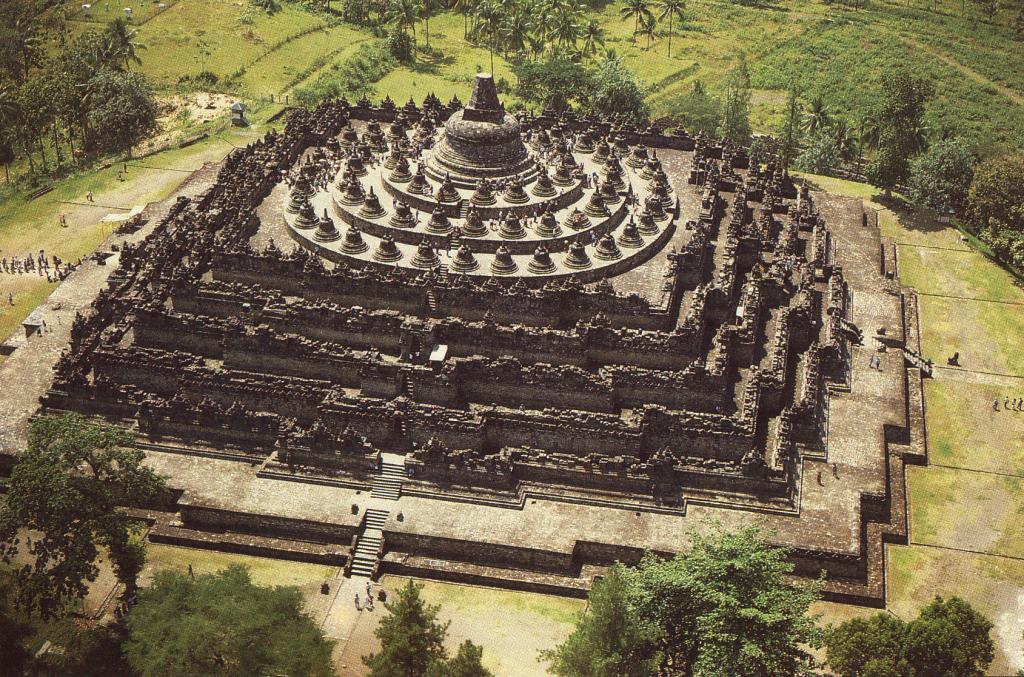 Evangelical
Shifting Empires, and the Decline of Buddhism
Anxious Bench