Writing The Cold War: What I Learned, and What Surprised Me

Writing The Cold War: What I Learned, and What Surprised Me August 6, 2021 Philip Jenkins

I am presently in the production stage of my new book on A History of the Global Cold War 1945-1991. Whenever I write a book, I always learn through the process of researching and writing, and this is particularly true in a sweeping project like this. I have already described, for instance, that the project left me with a much higher opinion of Nikita Khrushchev than when I started. From a wide range of possible options, let me just offer a few more key things that really did strike or surprise me as I went along, not in any particular order of significance. In each case, these were things that I sort of knew, but writing the book just drove them home to me.

What follows is a very brief summary of ideas and themes, which I develop at far greater length in the book. Given that we are commemorating the anniversary of the destruction of Hiroshima in 1945 (August 6), I focus on nuclear themes and issues.

The Imbalance of Terror

When we think about the nuclear standoff in the Cold War, we usually think in terms of two more or less balanced sides, each equipped to annihilate its rival. It is startling to realize just how far the two superpowers were from any kind of equality, at least before the mid-1960s. Right up to the Cuba crisis of 1962, the US overwhelmingly outmatched the Soviets in the number of nuclear weapons, and more particularly, the number that could be reliably delivered against the enemy homeland.

If a war had erupted in 1955, say, the US would have deployed 2,400 warheads against the Soviet 200. During the Cuban missile affair, the US potentially “out-bombed” the Soviets by some eight to one in overall warheads, although in terms of weapons actually ready for use, the US commanded 3,500 to the Soviet 300. Most of the Soviet weapons would be deployed on crewed bombers, which would find it difficult to reach US territory, as opposed to missiles. 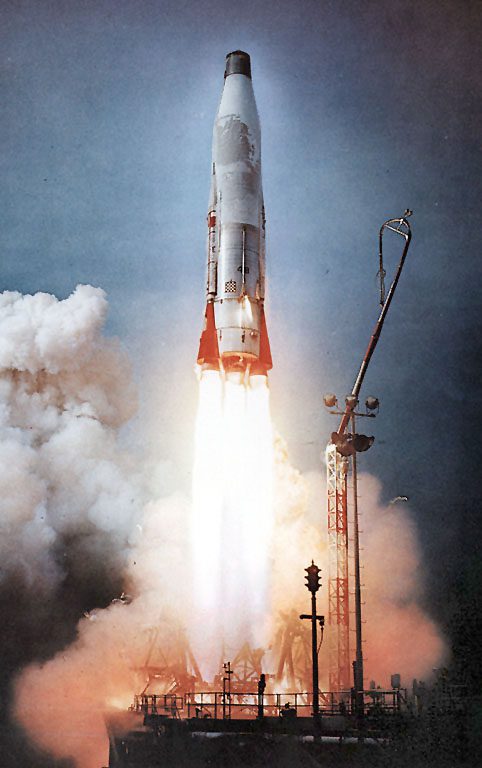 Understanding this actually helps us understand why parts of the US military, and especially the Strategic Air Command, were so consistently aggressive though those years. They believed that an early war would annihilate the Soviet Union while leaving the US damaged, but surviving. Throughout these years, SAC commander Curtis LeMay was anxious to exploit that advantage before the Soviets could catch up, which meant urging an all-out attack on the Soviets, and in the crudest and most cynical terms, he was probably correct. That would be cold comfort for European allies, who would be destroyed, but at least in theory, the US potentially could and would recover. At this point, of course, neither side had much appreciation of the climate effects of such a horrendous discharge of weaponry, nor the prospect of a deadly nuclear winter. In October 1962, US preparations for a nuclear strike against the Soviets would have involved weapons with a combined power of seven thousand megatons.

By the standards of the time, and I stress that phrase, the US definitively would have “won” a war in 1958 or 1962, whatever that “victory” might have meant, and the Soviet Union would have been – well, exterminated. However hard they bluffed, and they did so superbly, the Soviets knew that, and that knowledge absolutely shaped their response to the Cuba crisis.

After the crisis, the Soviets successfully caught up in numbers of warheads and missiles, and we truly were in the realm of Mutual Assured Destruction.

Like many people, I had a vision of nuclear weapons that involved the massive destruction of cities, through ICBMs and hydrogen bombs. What surprised me was just how many weapons were in circulation at the height of the confrontation, and the purposes to which they would be applied. As to sheer number, the US had just so many bombs that it was struggling to know what to do with them. In 1956, the Atomic Weapons Requirement Study described two thousand potential Designated Ground Zero targets in the Soviet Union, including 179 in the Greater Moscow area alone. In another war plan in 1961, besides attacks on obvious military targets – airfields, missile sites, air defense facilities, and other installations – US nuclear forces would strike quite modest Soviet cities with populations of 50,000 or larger. So what else are you going to do with all those nukes?

To put this in perspective, by the criteria the US was applying at this time, a strike on a city the size of Nagasaki would have involved not one but three separate warheads. This was serious overkill.

The other (to me) surprising point was just how widely the two sides were deploying nuclear weapons in tactical contexts. As I say, I think of missiles being launched to kill cities, but both sides would lots of such weapons in regular battles in air, land, or sea, in the form of nuclear torpedoes at sea, or fighter aircraft using nuclear missiles in aerial combat and interception. The problem with all that, of course, is that it massively lowers the nuclear threshold. What one side regards as a regular battle tactic, the other might view as an unacceptable crossing of that lethal threshold, which would call for retaliation against cities. Escalation would have followed inevitably, and very rapidly indeed. Again, that situation came close in the Cuba crisis.

We can argue about how often the world came close to a full scale nuclear war – in 1962, certainly, and in 1983. But it is striking just how often nations were carefully planning or at least debating a limited nuclear assault on an enemy. Whether that would have remained in the limited scale is anyone’s guess. But in some ways, it is really surprising that the world did not have lots of later horrible names to set aside Hiroshima.

Some of these threats were just saber-rattling for effect, a piece of performance art intended to deter, but I can see at least four moments when pretty concrete plans were circulating, and were inspiring serious debate within the US political and military establishment. I would highlight the Korean War in 1951, when General MacArthur’s proposed assault on China would certainly have needed nuclear backup. In 1954, the French were pleading for US bombing raids to save their garrison at Dien Bien Phu, and again nuclear arms were on the table. As in Korea, strong British opposition to such policies proved a major factor in preventing escalation. The Taiwan Strait was another dangerous area, as China threatened invasion of the Nationalist “Republic of China” on Taiwan/Formosa. US commanders proposed using nuclear weapons to resolve one crisis in 1954-55, and again in 1958. Just how serious that second crisis was has been highlighted by recent media reporting.

In all, I count four serious discussions of US nuclear attacks within just an eight year period, all in Asia.

In 1962, the Soviets planned to deploy tactical nukes to stop a US invasion of Cuba. They either did not know, or did not care, that that would have been an infallible means of provoking the US into a full-scale strategic retaliation against the Soviet motherland. When the US position at Khe Sanh in Vietnam was under grave threat in 1968, a nuclear response was again discussed. In 1969, extreme North Korean provocations once again led the US to consider going nuclear.

Again in 1973, the Israelis were contemplating a demonstration blast, presumably in Sinai, to deter further Egyptian advances during the Yom Kippur War.

Those close calls are over and above multiple nuclear accidents, near misses, and so-called Broken Arrow events, some of which did have the potential to generate nuclear exchanges between the superpowers. Just follow the list here.

Also, we should always recall just how perennially dangerous the Berlin situation was, and both sides regarded it as by far the most likely to spark a nuclear confrontation. The Airlift of 1948-49 was of course a great turning point of the East-West struggle. Arguably, the 1961 Berlin crisis was as potentially deadly as the Cuba affair a year later. Indeed, the most dangerous moment of the Berlin crisis occurred almost exactly a year before the Cuba nightmare, to the day, and on that occasion too, a single over-sensitive trigger finger could well have initiated Armageddon. US and Soviet tanks were facing each other in city streets, and the US now deployed its Davy Crockett tactical nuclear devices in the field. What could go wrong? I repeat, this was October 27-28 of 1961, not the more famous Fall days of October 1962. It was this Berlin crisis, rather than Cuba, which sent so many Americans and Europeans to building bomb-shelters in their basements. Throughout the Cuba crisis itself, one major US concern was that it would escalate to a renewed clash in Berlin.

As late as 1965, the Soviet General Staff recommended responding to the US bombing of North Vietnam by a military demonstration against West Berlin. Soviet civilian authorities dismissed the idea in horror. Never mind Cuba, Vietnam, the Taiwan Strait, the Arab-Israeli front … Berlin was still the most dangerous place on Earth.

If you put all that together, then all we baby boomers should be very grateful indeed, not to mention amazed, that we reached our present advanced ages. The rest of you would not have been born.

As I say, I am scratching the surface here. I continue to learn! More next time.

August 4, 2021
Why Baylor Will Never Be Notre Dame: Ecclesiastical Polity and College Football
Next Post