“Evangelical”: Past, Present, and Future

“What does ‘evangelical’ mean?” That’s a familiar question on this blog, where some of our contributors are experts on the subject of evangelicalism. I’m not, but this fall some friends at Salem Covenant Church in New Brighton, Minnesota asked me to lead a four-week discussion of the contested meaning of “evangelical” — a term of aspiration for some, and of accusation for others.

Since I wasn’t able to share a video stream or recording of that class, I thought that today I’d summarize each of the four sessions and share mildly expanded versions of the reading lists that I had compiled (with significant crowdsourcing help from followers on Twitter).

I started with two different ways of counting evangelicals that suggest different ways the word “evangelical” is used: as a means of identifying oneself and as a means of describing others. Organizations like Pew Research Center and the Public Religion Research Institute use “evangelical” purely in terms of self-identification… and come to differing conclusions. Earlier this year, PRRI reported that only 14.5% of Americans identified themselves as evangelical, down from 23% in 2006. [Author’s note: a really sloppy error on my part; I must have been thinking ahead a sentence and didn’t catch the slip before I pressed Publish. Thanks to PRRI’s research director for catching the mistake in the comments section.] But even more recently, Pew counted 29% of the white adult population in this country as evangelical, with almost all of the growth since 2016 (when that figure was 25%) coming among Trump voters who had recently started using the term to describe themselves.

We’ll come back to the idea that “evangelical” has become primarily a political category in this country, but for this first session, I stuck with religious connotations and next turned to a different survey. According to Lifeway, the research arm of the Southern Baptist Convention, 18% of the U.S. population is evangelical “by belief.” That is, what makes these Christians “evangelical” is not self-identification, but that they strongly agreed with four beliefs:

The Bible is the highest authority for what I believe.

It is very important for me personally to encourage non-Christians to trust Jesus Christ as their Savior.

Jesus Christ’s death on the cross is the only sacrifice that could remove the penalty of my sin.

Only those who trust in Jesus Christ alone as their Savior receive God’s free gift of eternal salvation.

Adapted for use by the National Association of Evangelicals (NAE) for its own means of defining its members, those four statements mostly echo the famous evangelical “quadrilateral” proposed by British historian David Bebbington.

(“Why did the Lifeway version omit social action from the activism leg of the quadrilateral?”, I asked. Class members suggested that Lifeway was trying to avoid political debates, or that it assumed that personal conversion would rectify social problems.)

Defining evangelicalism in terms of religious belief and behavior remains popular, as recent books by scholars like our friend Tommy Kidd demonstrate. But that approach is not without its critics. I didn’t want to lead with that debate, since most of the people in the class instinctively identified “evangelical” with religious terminology. (“Bible-believing” and “missional” came up right away when I asked for synonyms for our titular word.) But I did recommend recent collections that included essays by authors (many of them women and persons of color) who rejected or significantly complicated theological definitions.

And I closed with the argument of historical theologian Donald Dayton: that even the religious category “evangelical” has changed over time. What began in the 16th century as a means of self-identification for participants in the Protestant Reformation became a description of revivalists and social reformers in the 18th and 19th centuries, then a way for the founders of the NAE and other “neo-evangelicals” to distinguish themselves from both fundamentalists and mainline liberals after World War II. 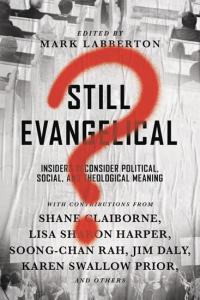 Thomas S. Kidd, Who Is an Evangelical? The History of a Movement in Crisis (Yale University Press, 2019)

Mark A. Noll, David W. Bebbington, and George M. Marsden, eds., Evangelicals: Who They Have Been, Are Now, and Could Be (Eerdmans, 2019)

2. Fundamentalism, Evangelicalism, and “The Mainline”

For week two, I dove a bit deeper into American religious history, to think about how three categories of Protestantism differ and overlap: “fundamentalist,” “evangelical,” and “mainline.” For example, I opened with one of Harry Emerson Fosdick’s most famous sermons: while that liberal preacher hoped in 1922 that the “fundamentalists” would not prevail in American Protestantism, he both described his audience at First Presbyterian Church in New York as “evangelical” and assumed that not all theological conservatives were fundamentalists. After introducing the Minnesotan fundamentalist leader William Bell Riley (my audience included several professors at the University of Northwestern St. Paul, which descends from the Bible college Riley founded in 1902) and recounting the 1920s debate over human origins, I told the familiar tale of Carl F. H. Henry, Billy Graham, and other “neo-evangelicals” breaking with fellow fundamentalists in some ways… even as they continued to affirm theological fundamentals against what they took to be the liberalism of “mainline” Protestantism.

I’ve written here before about my experience of being a self-described evangelical within a mainline Lutheran denomination. (That’s not all that unusual, incidentally. Political scientist and Baptist pastor Ryan Burge found that about a third of ELCA members call themselves “evangelical.”) So you won’t be surprised to know that I tried to blur the lines among this week’s three titular terms, a theme that recurs in recent books on everything from business to immigration policy to popular fiction. 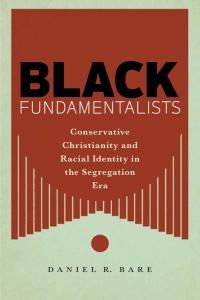 3. The Politics, Race, and Gender of Evangelicalism

I rounded the bend of our four-week conversation with great trepidation. The class was popular enough that we’d already moved to Salem’s sanctuary, a space where I couldn’t remember having heard a partisan sermon in fifteen years of membership. Earlier that morning, my friend and co-author Mark Pattie preached a sermon on the importance of Christian unity in the midst of political polarization — the topic of one of the chapters I contributed to our book, The Pietist Option.

But I knew I couldn’t avoid politics for too long: since the first minutes of the class, I’d heard several members of our class insist that “evangelical” in 21st century America is more a political than a religious term. So we revisited the familiar figure of 81% — the share of white evangelicals who voted for president in 2016 and filled in the box for Donald Trump.

I started with a couple of familiar explanations. First, as Dan has noted here, it’s been nearly sixty years since a majority of those Christians didn’t vote for the Republican candidate, despite the efforts of the politically progressive evangelicals that David studied. How did evangelicalism come to replace Episcopalianism as the “Republican Party at prayer”? While I noted Randall Balmer’s argument that it was desegregation and not Roe v. Wade that led to the creation of the Religious Right, I also asked our group if they thought abortion shaped the choice of evangelical voters who disliked Trump personally but appreciated his commitment to appoint pro-life judges and justices.

Still, given how few “by belief” evangelicals actually emphasized that topic in a 2018 Lifeway survey, I also wanted my audience to consider at least two other arguments. First, white evangelical affinity for “Christian nationalism,” particularly as it relates to their views on immigration and racism. And second, Kristin’s much-discussed thesis that “evangelical support for Trump was no aberration, nor was it merely a pragmatic choice. It was, rather, the culmination of evangelicals’ embrace of militant masculinity, an ideology that enshrines patriarchal authority and condones the callous display of power, at home and abroad.” 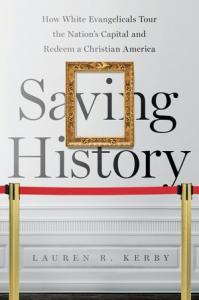 Randall Balmer, Bad Faith: Race and the Rise of the Religious Right (Eerdmans, 2021)

Danté Stewart, Shoutin’ in the Fire: An American Epistle (Convergent, 2021)

David Swartz, Moral Minority: The Evangelical Left in an Age of Conservatism (University of Pennsylvania Press, 2014)

4. The Future of Evangelicalism

Is “evangelical” even a useful term anymore? In a book coming out later this fall, Covenant pastor Dan Stringer tracks his experience as a biracial evangelical over the last fifteen years. For all the disappointment and disillusionment he’d experienced, he was unwilling to give up the term: “I wanted to fit somewhere, not just in Christianity (too big) or my church’s denomination (too small) but tethered to evangelicalism as an interdenominational, multiethnic space distinct enough to be its own faith stream yet broad enough to include a range of role models and kindred spirits.”

To give some sense how vast the evangelical “range” is in 2021, I mentioned Reformed pastor Michael Graham’s typology of a “fractured” evangelicalism. Graham doesn’t even discuss the evangelicals who were least abashed in their support of Donald Trump — e.g., Prosperity Gospel advocates like “court evangelical” Paula White and those in the New Apostolic Reformation who saw his presidency as a fulfillment of prophecy. But his distinction between “Neo-Fundamentalists” and other theological conservatives helped my class make some sense of the divisions widening within organizations like the Southern Baptist Convention and nearby Bethlehem Baptist Church.

And I suspect that many of the Christians he terms “Neo-Evangelicals” will seek a different kind of political engagement, such as that sketched by Dan’s new book or the one suggested by Esau McCaulley’s widely praised reflection on Black Christian ways of reading biblical passages like Romans 13.

In the end, however, I argued that the greater challenge facing evangelical churches — like all others — is a broader version of what Graham called “deconversion”: the rapid growth of those who identify with no religion, though they may remain spiritual. So while I have no book about evangelicalism of my own to sell, perhaps I can interest you in a spiritual biography of a non-religious American? 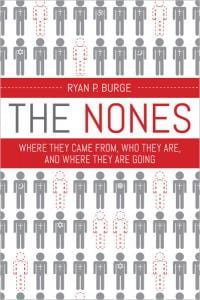 Ryan Burge, The Nones: Where They Came From, Who They Are, and Where They Are Going (Fortress, 2021)

David Gushee, After Evangelicalism: The Path to a New Christianity (Westminster John Knox, 2020)

Dan Stringer, Struggling with Evangelicalism: Why I Want to Leave and What It Takes to Stay (InterVarsity Press, 2021)

Daniel Williams, The Politics of the Cross: A Christian Alternative to Partisanship (Eerdmans, 2021)

October 18, 2021
American Religion Beyond the Synagogue, Church, and Temple
Next Post

October 20, 2021 A Tribute to Sojourners Magazine on Its Fiftieth Birthday
Recent Comments
0 | Leave a Comment
Browse Our Archives
Related posts from Anxious Bench