Religious Decline, and the Secular Religion of Community

Patheos Explore the world's faith through different perspectives on religion and spirituality! Patheos has the views of the prevalent religions and spiritualities of the world.
‘Tis the year’s midnight, which is an excellent time to discuss themes of decline, contraction, and even vanishing. Given that background, I have two  closely related topics today. One is a review of the quite dramatic religious trends in the US over the past few years, with an explosive update. The other is a possible reimagining of what America’s future faith might look like. (I will resume my recent series on early concepts of savages and primitive worlds shortly).

Over the past couple of years, I have done several columns on the current decline in American religious loyalties, and arguing for a quite precipitous further drop in the coming decade. I now believe that even that prognosis was too optimistic.

My main emphasis was on US demographic trends and falling fertility, which closely resemble the trends in Europe prior to the secular collapse of the 1960s and 1970s. I particularly focused on the Nones, those Americans rejecting any religious affiliation. In 2019, I noted that

A common estimate suggests that America’s three largest constituencies today are Catholics, evangelical Protestants, and Nones, each holding around 23 percent of market share. In each successive survey, the proportion of Nones is significantly larger among young adults and millennials, presumably indicating that the proportion of Nones is destined to grow significantly in coming decades. One study in 2016 found that almost 40 percent of those aged 18–29 were religiously unaffiliated non-belongers, and even among those aged 30–49, the figure was 29 percent. The Nones, moreover, have grown in precisely the years of the demographic realignment, and the fall in fertility rates. That neatly fits the model of an emerging low-fertility and low-faith society. A European model, in fact.

Yes, I know that this trend is open to much debate, and that “None” is not synonymous with “no religious belief,” still less with atheism. Even so,  there is a real phenomenon here. Significantly, those recent secular trends had a massive effects on groups like Latinos, who had always been predicted to retain their faith.

In my book Fertility and Faith (Baylor University Press), I argued that the US in the 2020s would witness a rapid secular trend comparable to Western Europe in the 1960s. I now wonder whether what I thought of as a decade-long trend might actually be a matter of a year or two? The scale of the present crisis, which is 2008 on steroids, certainly raises that prospect. When we write the history of American churches and institutional faith, I think 2008 will mark one clear dividing point, one caesura, but 2020 will prove even more so. People will remember the lost religious world BC, Before Coronavirus.

In light of that, I turn to the recent Pew study which argues that “About Three in Ten US Adults Are Now Religiously Unaffiliated”. Briefly, this confirms exactly what I suggested earlier, that what I thought initially would be a steady decline during the decade of the 2020s would acquire a rocket-sled momentum, driven largely by the coronavirus. From 23 percent just in 2016, America’s Nones now run at 29 percent. I quote the Pew Report:

The secularizing shifts evident in American society so far in the 21st century show no signs of slowing. The latest Pew Research Center survey of the religious composition of the United States finds the religiously unaffiliated share of the public is 6 percentage points higher than it was five years ago and 10 points higher than a decade ago. Christians continue to make up a majority of the U.S. populace, but their share of the adult population is 12 points lower in 2021 than it was in 2011. In addition, the share of U.S. adults who say they pray on a daily basis has been trending downward, as has the share who say religion is “very important” in their lives.

For such a short period, these figures are stunning.

Full disclosure demands that I offer one alternative interpretation for these numbers. What surveys measure is primarily how people answer surveys. Conceivably, the sharp increase in people declaring themselves as None does not measure much change in actual behavior or belief. Rather, what we are measuring is a change in broad attitudes to organized religion, so that far more people are willing to proclaim themselves unaffiliated, regardless of what they actually do on a Sunday (or Friday, or Saturday). We can think of plenty of reasons for why people would not today accept a generic label as they might have done in the past. For Catholics, one obvious driving force would be the clergy abuse crises of the past three decades. For evangelicals, it would be the vicious political debates and the disastrous media coverage, particularly since 2016. For whatever reason, people think it is much more acceptable, and respectable, to deny religious affiliation than they might have done thirty years ago. Those older default settings no longer operate.

As I say, that is one possible approach. More supportive of an actual religious decline is the contraction of religious practice, such as frequent prayer. It is also striking that far fewer people accept even the generic and highly flexible “Christian” label. If the Nones do not track secularization as precisely as we might think, then that figure is still significant. If those numbers are not everything, they are not nothing.

Taken together with the demographic evidence, I think these figures do support the case for a serious secular trend in the US. So, at what date do the Nones become an absolute majority in the US? The mid-2030s?

As to the second topic, the reshaping of faith. The Economist is required reading for anyone interested in international affairs, whether in politics, business or – well, just about anything. They don’t often get deep into religious matters, but when they do, the results can be really powerful, and provocative.

A recent issue offered a story entitled “Britain’s new suburbs are peculiar places: They resemble neither American suburbs nor older British ones” [paywalled]. This was a case study of a new and thriving suburban settlement at Aylesbury Vale, and one core theme was the creation here of new kinds of community. The story suggested that this region might be the harbinger of many others, in “its ambivalence about cars, its digital enthusiasm, its ethnic complexity and its almost complete lack of high-street shops or formal religious institutions.” By implication, this is the emerging reality for Britain, and for much of Europe as well, not to mention societies such as Canada and Australia. And, just maybe, the US?

Let me focus on that religious theme, although in a sense that is integral to the whole.

Though mostly middle-class, [the residents] are a striking mix of white, south Asian and black African. Muslims gather for Ramadan, Hindus for Diwali and cultural Christians for carol-singing. But when these events are over everyone returns to streets and schools that are thoroughly integrated. The developments have no history of racial segregation and no purpose-built churches, mosques or ethnic food shops that might encourage ethnic or religious groups to form clusters.

No purpose-built religious buildings … now that is a point to ponder, and a transatlantic difference. Even in a more secular age, Americans have still not lost the basic instinct to build churches sand worship facilities of all kinds.

The point about ethnic diversity is actually closer to US realities than we might think, or than the Economist story suggests. We often hear about newer US suburbs as havens of segregation, and even of a kind of White separatism: we recall the concept of White Flight. Actually, it always pays to read such accounts carefully, as what is usually being described is specifically the low numbers of African-American residents in such areas. Yet those suburbs are anything but White or segregated in any traditional or monochrome fashion, but rather incorporate a great many Latinos, East and South Asians, and often people of Middle Eastern origin. In reality, they are very diverse ethnically, very much on the lines of Aylesbury Vale. If this is segregation, it is on lines very different from familiar patterns.

Going back to that English example, religion of any traditional or institutional kind is all but absent, as are visible signs of community. But community there certainly is, chiefly online: the people “settled there in the social-media era, and they often gather online, on thriving community Facebook pages. ‘That’s the way you connect immediately. That’s where you ask what the school is like and how to find a plumber’.”

So where in all this is religion? As the story notes, it is certainly there as cultural survival, with Christmas as the core event of the year for Christians, and probably many others. But perhaps the community itself becomes the center of a kind of religious devotion. As the author points out, “most residents belong to the same cult of child-worship.” They moved here because they have children, or are about to do so, and all values and institutions build around that fact.

Whether in the US or the UK, arguably such areas also have a firm secular creed, which is expressed in a grab bag of values and slogans best evidenced on those signs you so often see on lawns, declaring that “Black lives matter… Love is love… Science is real” and so on. (I wish I had thought of this point about secular creeds myself, but I owe that insight to my wife). Woe betide heretics who deny or flout those statements.

As I say, I think that religious element, the presence or absence of buildings and religious institutions, is still a key difference between the UK and US, but given the current religious statistics, I wonder how long that will continue.

December 17, 2021
In The Beginning, All The World Was America, And More So Than That Is Now
Next Post 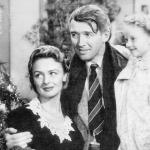