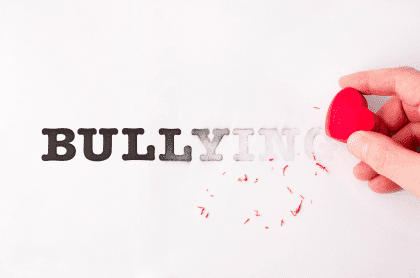 Well, I stirred up a hornet’s nest.  You know you’ve struck a nerve when even J-Woww tweets insults at you.  But the thing that most amazes me is how few people actually addressed the points I made in my recent blog post.  They were pretty simple.  Conservative women like my mom get grief because people think they can’t make decisions without their husband, but Barack Obama gets applauded for changing his mind on a huge issue after consulting his wife and young daughters. The double standard amazes me.

Oh, and in that post I also said generally kids do better with mother/father families – the kind of family I’d like to have for Tripp one day.

That’s it.  That’s pretty much the post.  (Yes, I made a little joke about Swiper the Fox, but anyone with a brain would know that wasn’t serious.)  You see arguments like that all the time in political magazines.  It’s not a big deal, and the people who make arguments like that don’t stir up much controversy.

But I’m not a pundit.  I’m just a mom made famous in one of the most intense and embarrassing ways possible – by having your teen pregnancy announced in the middle of a presidential campaign.  Oh, and I was a finalist on Dancing with the Stars, one of the most-watched shows on TV.  But all that means I’m more a part of pop culture, the culture that creates the television we watch and the music we listen to.  When real pundits write blog posts, they don’t pop up in Us Weekly… but mine do.

And I’m glad.  Why?  Because pop culture needs a little bit of debate.  It needs a little bit of disagreement.  Because not everyone who watches their shows or listens to their music thinks the way the directors, producers, and actors think.  When you’re in Hollywood you’ll meet some great people, some terrible people, and many somewhere in between.  In other words, they’re people just like everyone else.  But what you won’t find is any disagreement about things like gay marriage or abortion.  For those folks, there’s one way to think, and anyone who disagrees is stupid, hypocritical, hateful, or bigoted.  (Of course, I’m not the only one facing the wrath of the Hollywood-type sheeple – there are some celebrities bold enough to speak out, and they get attacked and ostracized too.)

If you read the almost 3,000 comments after my controversial post, or read the entertainment magazines, you’ll see some of the most terrible words against me, my mom, and my entire family.

You’ll see hate in the name of love. People claim they’re just trying to protect the right of two people to love each other – a right I don’t contest, by the way – and then spew the worst words imaginable at someone they disagree with.  If the agenda is love, why do you hate so intensely?

You’ll see bullying in the name of tolerance. Bullying is in the news lately, for good reason.  It’s horrifying to see stories of young people taking their own lives because they can’t see past the hate of others.  Around Hollywood, there’s lots of concern and great initiatives to try to encourage more kindness in this world.  Then why do I get so many messages telling me I should die?  Here’s a sampling that we didn’t put up on the blog: 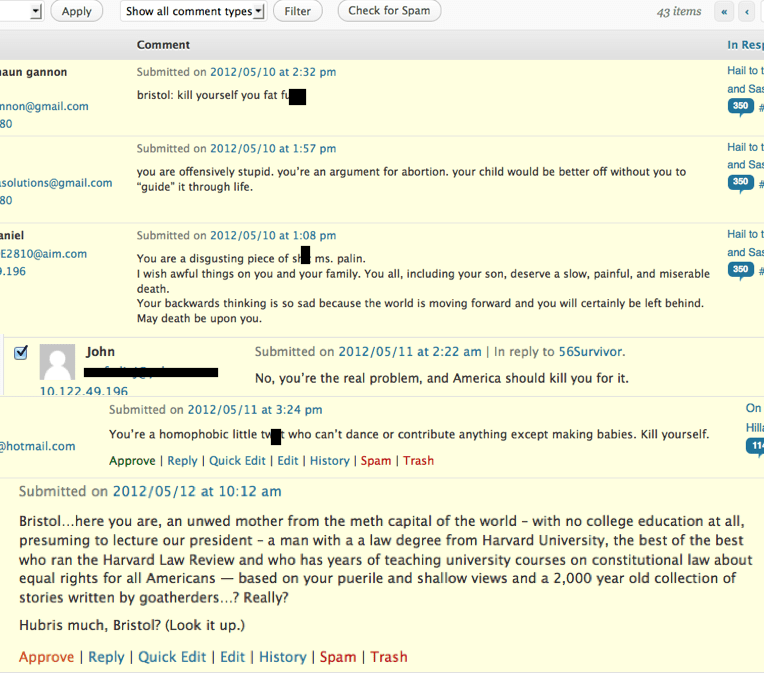 And if you read the comments we let through, the only word that really sums them up is “bullying.”  They treat me as if I’m not human, as if they are somehow proving how great they are by (always anonymously, the cowards) tearing me apart with their words.

Here’s the thing.  In the articles and comments, I saw a lot of hate and a lot of bullying, but you know what I didn’t see much of?  Arguments.  In fact, this reminds me a little bit of the incident in an L.A. bar that went viral several months ago and will be shown in its entirety in my upcoming new reality tv show.  There, a guy started yelling at me and called my mom terrible names, but couldn’t tell me one decent reason why he was filled with so much hate.

Here’s a news flash, guys.  Your hate and bullying don’t work.  People see through it, and they don’t like to be pushed around.  You think it’s completely obvious that you’re right, but this younger generation is more pro-life than their parents, and voters just keep defending traditional marriage.  Why?  Why would we if you’ve been telling us what to think for all these years?

Because we think for ourselves.  And we’ll keep thinking for ourselves no matter what you call us.  So keep sending the hate, but realize that hate doesn’t win arguments.
You might also enjoy:

May 15, 2012 Stand with the 8% - Down Syndrome Babies Who Weren't Aborted
Recent Comments
666 Comments | Leave a Comment
Browse Our Archives
Related posts from Bristol Palin