Dear Wendy Davis, You Can Have a Job and Kids 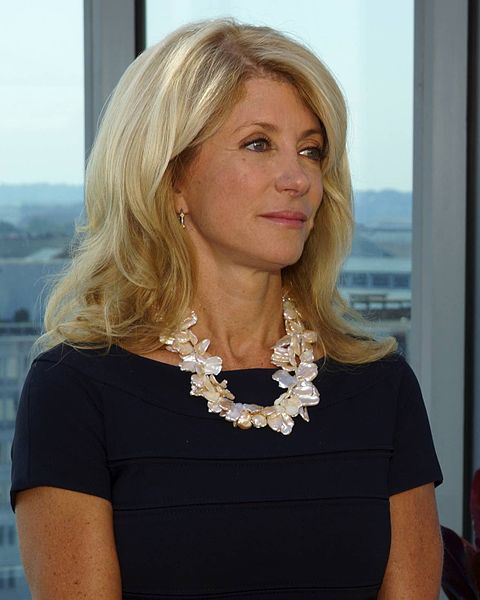 If you aren’t paying attention to Texas politics right now, join the crowd.  But the Democrat running for governor is just so awful you have to pay attention.  Wendy Davis rose to the top of everyone’s minds because her story was so compelling.  This CNN headline summed it up:

Turns out, she lied about much of her “pulling herself up by her own bootstraps” story. Actually, she found a man to marry her, pay her way through college, and then through Harvard Law School.  The day after he paid the last bill, she left him. By the way, she left her kids too.  She said, “it’s not a good time for me right now” to be a parent.

Is everyone paying attention?  This woman is the hero of the Left?  A woman whose ambition and ego were so big she couldn’t have both a career and kids at the same time.

Gosh, children are sooo inconvenient, huh?  I’m glad my mother didn’t put motherhood on the shelf when she was elected to City Council, then became our mayor, then Governor.  Oh sorry – I mentioned my mother… Have you liberals gone into a tail spin of hate already?  Did I lose you?

I know you would rather think about Wendy Davis, so let’s get back to her.  She’s more your type of woman.  She left her kid, husband, made it into a false “made-for-tv-movie-type-tale” and then demanded that Texans have the right to kill babies.  That’s the woman you libs can really get behind!

Let me be clear. I think it’d be so nice to have a husband take care of me, and my son, so I could attend school.  (Any school — let alone, Harvard!)

But the way Wendy Davis did it – by getting married and leaving him as soon as the ink dried on his last check – is downright pathetic.

Plus, it perfectly shows that – no matter what they say – feminism is a farce.  If you truly believe in strong, independent women, you’d be a conservative.