Democrats, How Can You Stop Evil If You Refuse to Look At It?

As each new video is released exposing Planned Parenthood’s profit from the sale of baby parts, the only response from liberals seems to be some new form of diversion.

Refusing to actually address the facts of the videos, they have instead tried to silence and shame anyone questioning the horrific actions of Planned Parenthood officials.

And now, as Congress returns and we face a potential government shutdown because President Obama and his pro-abortion allies want to keep sending hundreds of millions to Planned Parenthood each year, Democrats are refusing to even watch the videos by the investigative journalists at the Center for Medical Progress.

The pro-life group Susan B. Anthony List invited some 2,000 Democrat staffers to attend a screening Thursday of the nine undercover videos that have been released by the Center for Medical Progress showing top medical officials with Planned Parenthood Federation of America discussing the sale of body parts of aborted babies.

“Horror is hard to look at,” SBA President Marjorie Dannenfelser said when CNSNews.com asked about the low turnout for the screening. “Horror is very difficult.”

Did you catch that?  Of the 2,000 Democratic staffers who were invited to watch the videos, only two actually watched them—and they were INTERNS!

How can the American people trust their elected officials to make informed decisions on such critical issues if these officials bury their heads in the sand?

Evil is difficult to look at – I get it. But if our leaders can’t look at it, how can we expect them to stop it? 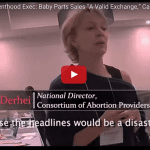 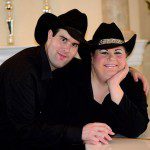