Heroes Will Help You Find Good In Yourself

(Editors’ Note: This article is part of the Patheos Public Square on Heroes of 2014. Read other perspectives here.)

“Your heroes will help you find good in yourself.”

That’s a line from country music star Randy Travis’s 1990 hit “Heroes and Friends,” and it perfectly encapsulates what our culture should look for when we dub people “heroes” in both the real world and in fictional storytelling.

As somebody who works for an organization that promotes the idea that “it’s better to light one candle than to curse the darkness,” I’ve interviewed a number of people and written about various TV shows, movies and books that fit that definition, that help us find the good in ourselves.

As part of its Public Square, Patheos has asked its writers to come up with stories of people that embodied “survival, resilience, and redemption” in 2014. Based on my interviews and reviews of this past year, here are three real-life examples and a fictional one as well.

1. Jim Ziolkowski strikes me as a combination of Indiana Jones and Mother Teresa. Inspired by his father’s lessons about the importance of living your faith, Jim left his career in corporate finance 22 years ago with the goal of building schools in the poorest sections of Brazil, Malawi, and Nepal. Yet he had no experience doing this sort of thing and felt paralyzed by fear until he opened his Bible one day and saw Jesus’s words in Mark’s gospel, “Fear is useless. What is needed is trust.”

Those words motivated him to take some courageous steps forward, steps that involved asking for help when he needed it.

Since then, Ziolkowski’s nonprofit – called buildOn – has gotten teens from America’s inner cities involved in that initiative and built over 600 schools worldwide. As a result, these teens have found an alternative to drugs and gang life by learning that in helping others, they’re also helping themselves. 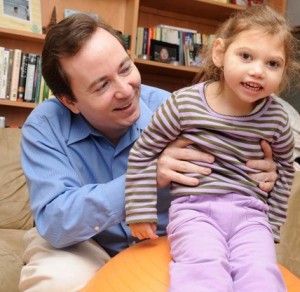 2. When Sarah Jane Donohue came into the world on June 5, 2005, she was a happy, healthy newborn. Five days later, she had two broken collarbones, four broken ribs, and a traumatic brain injury that destroyed 60 percent of the rear cortex of her brain. Why? Because she was shaken violently by the baby nurse her parents had hired to help care for her.

Doctors told Sarah Jane’s father Patrick that she would never be able to do much of anything, not even walk or talk. But Patrick wouldn’t accept that prognosis as the final word, so he set out to improve life for his daughter and the many other children who suffer traumatic brain injuries.

In the ensuing years, Patrick has helped establish a first-of-its-kind, standardized system of care for children with brain injuries – a system that’s universally accessible to millions of American families. In addition, he opened the International Academy of Hope, which is the first and only school for kids with brain injuries and brain-based disorders in New York City. He is now working to set up similar schools around the country and even internationally.

Patrick’s Catholic faith has enabled him to continue moving forward with a positive attitude, and he notes that he sees divine intervention in daily activities with Sarah Jane. He doesn’t spend time questioning why this happened to her, but instead takes a cue from the Serenity Prayer by focusing on the things he can change and simply appreciating the love of his daughter. 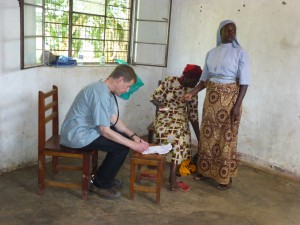 3. Six pregnant women about to give birth lay on a cold cement floor, shivering due to fever and malaria. That was the sight that greeted Chicago doctor Kevin Hunt during his first-ever trip to Northern Uganda in 2007. He had traveled there at the request of Father Sam Okori, an African priest working in his parish while in the United States taking pre-med classes.

The big-hearted doctor found a poverty-stricken population that desperately needed help. During an interview on “Christopher Closeup,” he recalled the pivotal moment of seeing those pregnant women on the floor. Filled with compassion, he drove 50 miles to get them beds and mattresses, then returned the next morning. “Everybody was so happy that they could at least have some comfort,” he said. “That’s when I decided to do something about it when I got back home.”

4. Oliver Queen may not be a real person, but his journey toward heroism is evident to anyone who’s been watching the TV series “Arrow.” Based on the DC Comics’ character Green Arrow, Queen was once a selfish billionaire playboy until he found himself marooned on an island in the middle of nowhere and needing to kill or be killed in order to stay alive.

When Queen finally returned to civilization, he chose to become a vigilante and take on the people who were dragging down his city. But he did it in such a way that showed little respect for the inherent dignity of all human life. He could be rather callous about killing his enemies – until the death of a good friend forced him to reevaluate his principles.

Oliver’s evolved conscience couldn’t come at a more challenging time because in season two, he was forced to face Deathstroke, a mentally unstable, violent sociopath from his past who planned to destroy the aspiring hero and those he loves.

It’s easy to see the inherent dignity of the people we love or of society’s innocent. It’s much harder to attribute that same dignity to violent criminals who arguably deserve to die. But Oliver slowly builds up the vision and the virtue to follow that latter road.

(As an aside, “Arrow” star Emily Bett Rickards is a supporter of Jim Ziolkowski’s buildOn.)

So what makes all of these people heroes?

Character, conscience, love, faith, selflessness, humility, initiative, and the vision to look beyond the surface to see the good inside all people.

And in seeing the good in all people, these individuals help us each find the good and heroic parts of ourselves so we can share them with the world.

December 1, 2014
How the Unexpected Child of a Sexual Abuse Survivor Learned Love & Strength From His Mom
Next Post 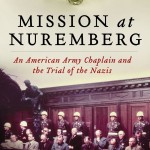 December 3, 2014 Why a Lutheran Pastor and a Catholic Priest Tried to Save the Souls of Nazis
Recent Comments
0 | Leave a Comment
Browse Our Archives
Related posts from Christopher Closeup