How Did Disappearing Middle Eastern Religions Survive in the First Place?

Gerard Russell’s Heirs to Forgotten Kingdoms: Journeys Into the Disappearing Religions of the Middle East should be on everyone’s reading list. Its discussion of Islam’s coexistence with ancient faiths gives us hints about our Jewish and Christian roots. It is a necessary corrective to the one-sided coverage of Islam in the media and among combox tyrants.

Russell is a bit like the recently deceased Polish eyewitness journalist and (time-) travel writer Ryszard Kapuscinski, author of Shah of Shahs (on events leading up to the Iranian Revolution), Imperium (on the state of Russia after the Soviet collapse), and  The Emperor (on Ethiopian dictator Haile Selassie).

Russell has Kapuscinski’s eye for the surrealist detail, the grotesque regional quirk, and the banality of the humanity’s addiction to violence.  He compliments all these foci with a real eye for the intricacies of religious practice and belief (in that order).

From the opening bell Russell’s book forces readers to change their hermeneutic frames with a counterfactual experiment:

Imagine that the worship of the goddess Aphrodite was still continuing on a remote Greek Island, that worshippers of Wotan and Thor had only just given up building longboats on the coasts of Scandinavia, or that followers of the god Mithras were still exchanging ceremonial handshakes  in subterranean Roman chapels.

This is difficult to imagine because proto-colonial Christian governments rooted out pagan religion or Christian theology effectively absorbed paganism into, and with the help of, its incarnational logic.

I was born in Warsaw, Poland and spent a part of my childhood there. However, my father comes from the Mazury region of Poland, formerly Prussia, formerly the realm of the Teutonic Knights. The Knights set out from their base in Malbork Castle to forcibly convert the last pagans of Europe in regions now mostly integrated into Lithuania.

The Polish defeat of the Knights in 1410 at Grunwald is still a major source of national pride. It is also a reminder of the violent colonial past of the region. Furthermore, it is a sore point for Germans. For example, Hitler saw his Polish campaign as avenging the 1410 defeat.

Now contrast this with the Russell’s presentation of his region of interest:

In the Middle East, in contrast to Europe, equally ancient religions survived–often in marches wildernesses, mountains, and other remote or impenetrable places, and sometimes under the veil of a strict code of secrecy.

Russell’s book then aims to answer the questions that arise from this state of things:

How did they survive so long under Muslim rule? Very often Islam is presented as an intolerant religion, and some of its followers regrettably want it to be so. The existence of the minority religions described in this book shows that image of intolerance untrue, for they survived under Islam, while no equivalent faith survived in Christian Europe. The reasons for this, though, are complex.

Some of the reasons Russell gives are:

2) Early Muslims were not systematic about eliminating religious minorities, and they had loopholes for “people of the book” and a vague catch-all category called the “Sabians”

3) Premodern Muslim governments were also too weak and divided to impose their religion.

This outline gives us a much more complex picture than the Islam is pure-and-simple violent meme.The question remains: Why are these religions disappearing now?

On a lighter side, the following Polish film trailer goes to show that even anti-colonial battles can be turned into capitalist kitsch:

For more on religion and world politics see my Top10 book list on the topic.

If you are interested in finding out more strange things about Poland you should look at my Catholiclandia series.

All my posts on Islam can be found here. 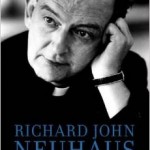 January 20, 2015
A Breakdown of the Conservative Catholic Hermeneutic of Contiguity?
Next Post 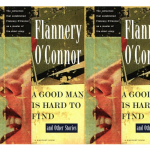 January 22, 2015 #Roe42: Abortion, Cognitive Bias & the Problem of Representation
Recent Comments
0 | Leave a Comment
Browse Our Archives
get the latest updates from
Cosmos The In Lost
and the Patheos
Catholic
Channel
POPULAR AT PATHEOS Catholic
1

On the Patriot Front's Appearance at...
Steel Magnificat
Related posts from Cosmos The In Lost