In Monologue: Did You Notice Atheists Don’t Have No Songs?

In the video below Steve Martin claims atheists might have nothing metaphysically and musically. What a shame.

If you come up with that one John Lennon song, you’re unimaginative. Plus, one song does not a hymnal make.

Nonetheless, I’ve written a something or two in dialogue with atheism.

1.  Just Another Atheist Jewish Catholic: An Interview With Damon Linker

3. Those Christians Who Think there is an Atheist Worldview Deserve a Tinfoil Hat

5. If You Practice It, You’ll Become: How the Pastor Became an Atheist

See, something can come from nothing after all.

What’s in the atheist hymnal, if such a thing exists? If it does, can we definitively prove it beyond a doubt?

LEAVE YOUR ATHEIST HYMNAL SONG SUGGESTIONS IN THE COMBOX BELOW.

By the way, I’m in the process of wrapping up my interview with Ted Gioia an author who is best known for this The Birth (and Death) of the Cool and who recently published history of Love Songs: The Hidden History (which received a mention from me in connection with Oscar Romero–who was something of an Opus Dei man!). 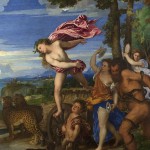 May 24, 2015 What Are the 7 Essential Poems for Pentecost? +Pantheon Surprise
Recent Comments
0 | Leave a Comment
Browse Our Archives
Related posts from Cosmos The In Lost

Catholic
February 14th is a Very Problematic Holiday For...
Cosmos The In Lost
TRENDING AT PATHEOS Catholic