TOP10 Books On Theology and Neuroscience

The relationship between religion and science is frequently presented in an agonistic light. But there’s no reason why the two domains of knowledge should be in conflict. For every Galileo there are hundreds of unheralded examples of the Church promoting science. Our view of this cooperative history is frequently obscured.

The Oliver Davies book Theology of Transformation first helped me to see how discoveries in neuroscience are contributing to a new way of thinking, what he calls a Second Scientific Revolution, that goes beyond mind-body dualism. He is convinced that the embedded rationality uncovered by neuroscience is hospitable to an incarnational faith such as Christianity in ways previous scientific paradigms were not.

Following his lead I have compiled a list of books that help to uncover the potential in this emerging field of science. Some of these books are written by theologians, others by secular scientists and philosophers.

Unbelievable: Why We Believe and Why We Don’t is a historical summary of human evolution and brain-development written with a novelistic flair. Theology of Transformation concentrates more on the theological developments taking hold in light of the latest research. The Mystical Body demonstrates the importance of non-dualistic thinking for the theology of the saints. Silence: A User’s Guide is a practical theology of silence that picks up on the insights of The Master and His Emissary, which critiques the damage wrought by a narrowly conceived rationality.The Meaning of the Body is a carefully argued discussion of how our embodiment creates our conceptual categories. Madness and Modernism is an important account of how modernist literature is a symptom of a schizophrenic rationality that has lost its organic human context. The Science Delusion is not an attack on science in itself, bur rather a call to scientists to widen the interpretive schemes they use to apply science philosophically (and theologically). Evolution and Culture is an interview-exposition of the consequences of Girard’s theory of sacapegoating and imitation of desire, which has encouraged brain research on “mirror-neurons” that seem to hardwire imitative behavior (whether competitive or non-violent and Christ-like) into our lives. Finally, Minding God suggests how brain science might influence our ways of thinking about the mind of God. A Natural History of Natural Theology: The Cognitive Science of Theology and Philosophy of Religion is a bonus book I forgot to add to the first iteration of this list, the title says all you need to know about it.

While not all of these books are strictly about neuroscience, they do circle about issues that arise from it. I believe such an eclectic collection is necessary for understanding how these new discoveries tie the theological-incarnational room together.

1. Unbelievable: Why We Believe and Why We Don’t by Graham Ward 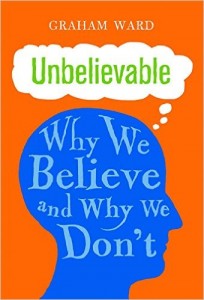 Why believe? What kinds of things do people believe in? How have they come to believe them? And how does what they believe – or disbelieve – shape their lives and the meaning the world has for them? For Graham Ward, who is one of the most innovative writers on contemporary religion, these questions are more than just academic. They go to the heart not only of who but of what we are as human beings. Over the last thirty years, our understandings of mind and consciousness have changed in important ways through exciting new developments in neuroscience. The author addresses this quantum shift by exploring the biology of believing. He offers sustained reflection on perception, cognition, time, emotional intelligence, knowledge and sensation. Though the ‘truth’ of belief remains under increasing attack, in a thoroughly secularized context, Ward boldly argues that secularity is itself a form of believing. Pointing to the places where prayer and dreams intersect, this book offers a remarkable journey through philosophy, theology and culture, thereby revealing the true nature of the human condition. 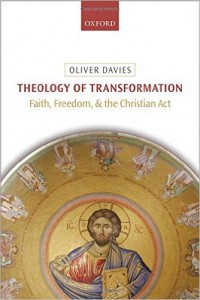 2. Theology of Transformation by Oliver Davies

Significant advances in science bring new understandings of the human as a unity of mind, body, and world and calls into question the deep-seated dualistic presuppositions of modern theology. Oliver Davies argues that the changing framework allows a return to the defining question of the Easter Church: “Where is Jesus Christ?” This is a question which can bring about a fundamental reorientation of theology, since it gives space for the theological reception of the disruptive presence of the living Christ as the present material as well as formal object of theology in the world. At the centre of this study therefore is a new theology of the doctrine of the exaltation of Christ, based upon St. Paul’s encounter with the exalted or commissioning Christ on the road to Damascus. This places calling and commissioning at the center of systematic theology. It provides the ground for a new understanding of theology as transcending the Academy-Church division as well as the divide between systematic and practical theology. It points also to a new critical theological method of engagement and collaboration.

This book begins to explore new forms of world-centred theological rationality in the contexts not only of scripture, doctrine, anthropology, ecclesiology, and faith, but also of Christian politics and philosophy. It is a work of contemporary and global Christological promise in Fundamental Theology, and is addressed to all those who are concerned, from whichever denomination, with the continuing vitality of Christianity in a changing world. 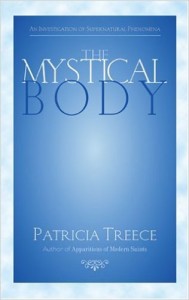 . The Mystical Body by Patricia Treece

We’ve all seen astonishing claims about supernatural qualities associated with the bodies of saints and mystics, from bilocation and the ‘perfumes of sanctity’ to supernatural energy. Should rational people dismiss it all as myth, or is there something valid in these ideas? Scholar and best-selling author Patricia Treece set out to separate the true from the false, and in The Mystical Body she gives us the results of her decades of research. After respectfully but skeptically examining the evidence, she suggests, that despite exaggeration and fakery many ‘mystical’ phenomena stand up to critical inquiry and deserve our serious attention. The author’s wit and keen insights will help you discover a world of unusual and remarkable occurrences that will forever alter your view of reality. 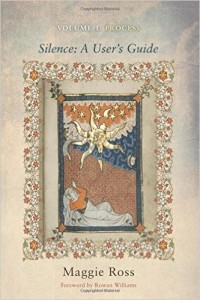 Silence is essential for the health and well-being of humans and the environment in which they live. Yet silence has almost vanished from our lives and our world. Of all the books that claim to be about silence, this is the only one that addresses silence directly. Silence: A User’s Guide is just what the title says: it is a guide to silence, which is both a vast interior spaciousness, and the condition of our being in the natural world. This book exposes the processes by which silence can transfigure our lives–what Maggie Ross calls “the work of silence”; it describes how lives steeped in silence can transfigure other lives unawares. It shows how the work of silence was once understood to be the foundation of the teaching of Jesus, and how this teaching was once an intrinsic part of Western Christianity; it describes some of the methods by which the institution suppressed the work of silence, and why religious institutions are afraid of silence. Above all, this book shows that the work of silence gives us a way of being in the world that is more than we can ask for or imagine. 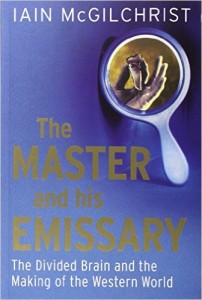 5. The Master and His Emissary by Iain McGilchrist

In a book of unprecedented scope–now available in a larger format—Iain McGilchrist presents a fascinating exploration of the differences between the brain’s left and right hemispheres, and how those differences have affected society, history, and culture. McGilchrist draws on a vast body of recent research in neuroscience and psychology  to reveal that the difference is profound: the left hemisphere is detail oriented, while the right has greater breadth, flexibility, and generosity. McGilchrist then takes the reader on a journey through the history of Western culture, illustrating the tension between these two worlds as revealed in the thought and belief of thinkers and artists from Aeschylus to Magritte.

“A very remarkable book. . . . McGilchrist, who is both an experienced psychiatrist and a shrewd philosopher, looks at the relation between our two brain-hemispheres in a new light, not just as an interesting neurological problem but as a crucial shaping factor in our culture . . . splendidly thought-provoking. . . . I couldn’t put it down.”—Mary Midgley 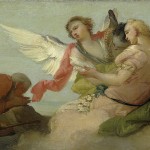 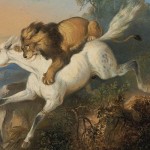 October 23, 2015 Why Did Hans Urs von Balthasar Remain Catholic?
Recent Comments
0 | Leave a Comment
Browse Our Archives
get the latest from
Cosmos The In Lost
Sign up for our newsletter
POPULAR AT PATHEOS Catholic
1