The environment and Bacon are closely tied in Benedict XVI’s theology.

The lack of major prohibitions against bacon is something that clearly sets apart Christianity from the other major world religions, that is, besides the more obvious examples of the spiritualized materialism of the Incarnation and Resurrection.

Islam doesn’t do bacon. Judaism is not hot on bacon. Hinduism is somewhat ambivalent about pork too–depends on your caste.

This disdain for pork is related to taboos around boundary-mixing of the sort you find all over Leviticus. It’s also the reason why shellfish are all verboten too. If you want to go further into the details of this see Catholic anthropologist Mary Douglas’s seminal work Purity and Danger for all the details on the ritual logic of ancient societies.

I have a healthy affection for bacon as a daily component of my diet, except on Fridays, of course. There are plenty of excellent theologies of food, but there is no sub-discipline for bacon.

Can you imagine how warmly I welcomed the following out-of-context Spe Salvi passage as it fried itself onto my laptop screen and my consciousness?

Thus hope too, in Bacon, acquires a new form. Now it is called: faith in progress. For Bacon, it is clear that the recent spate of discoveries and inventions is just the beginning; through the interplay of science and praxis, totally new discoveries will follow, a totally new world will emerge, the kingdom of man. He even put forward a vision of foreseeable inventions—including the aeroplane and the submarine. As the ideology of progress developed further, joy at visible advances in human potential remained a continuing confirmation of faith in progress as such.

The impulse is something that Joseph Ratzinger elsewhere calls scientism–science as the ideology refashioning of nature in man’s image, rather than allowing it to stand on its own as an icon pointing toward beyond itself to its Creator.

Curiously enough this discussion of Bacon dovetails nicely into something the then Cardinal Ratzinger said in the lectures In the Beginning . . .  on the doctrine of Creation in the modern period:

Only in recent years has the doctrine of creation begun to have an unprecedented topicality. Human beings’ concentration on “doing,” on fashioning a new and eventually better world for themselves, has made the resistance to creation stand out with increasing clarity: God’s creation and “nature” are having to defend themselves against the limitless pretensions of human beings as creators. Human beings want to understand the discovered world only as material for their own creativity. Suddenly humans’ own creations no longer appear simply as a hope, possibly humankind’s only one, but rather as a threat: humans are sawing off the branch on which they sit. The real creation seems like a refuge, to which they look back and which they seek anew.

When Cardinal Ratzinger speaks of sawing off the branch he speaks of the ecological crises of our age. Only when it is almost too late did theology attempt to escape its imprisonment in the solpsistic subjectivism, of which the German theological idealism of Kant, Schleiermacher, and Hegel is but one symptom, into a full blown theology of Creation, not just man.

According to the future ex-pope, theology moved so completely away from the full blown theology of Creation–so dear to, for example, Church Doctors such as Maximus Confessor and Thomas Aquinas–that environmentalist critics blamed theology for the ecological crisis. The very crisis caused by modern patterns of thinking that had destroyed the traditional, more holistic and non-subjectivist, way of doing theology:

In a radical about-turn, the Christian doctrine of creation is now regarded as the cause of the pillage of the world.

In the Beginning . . .  concludes its meditations on the topic of theology’s forgetting of nature and Creation with the following clarion call:

Hitherto creation has been a theme for theoretical reasoning, a, so to speak, purely “objective theme”; now it is becoming practical and can no longer be ignored. Redemption cannot happen without or against creation. Indeed, the question arises as to whether perhaps creation is the only redemption. It is becoming clearer that we cannot give the right answer to the question about where we should be. “What can we do?” will be false and pernicious while we refrain from asking, “Who are we?” The question of being and the question of our hopes are inseparable.

“Creation is the only redemption” is something worth pondering seriously. One of the saddest ironies is how much the pro-life movement positions itself against environmentalism, and vice-versa. The connections between the two movements are blindingly obvious. The both face the same foe: science and technology shorn of any awareness of the finitude of Creation.

Michael Martin’s The Submerged Reality: Sophiology and the Turn to a Poetic Metaphysics is one excellent jumping off point for further reflections on these topics. He does not fear to make connections across neuralgic points. This is one of the reasons why it will be on my upcoming list of TOP10 non-fictions books of this year.

The Simpsons, take it away!

If you want to ponder these problems more . . .  take a look at Michael Martin’s guest post Laudato Si’, The Most Sophiological Encyclical of All.

Please remember to donate to this blog and its impoverished proprietor through its paypal donation button on this page.

Hermeneutic of Continuity: You might also enjoy the post where I made Benedict XVI’s environmentalist statements look a little bit like a leaked version of Laudato Si’. The combox alone is worth the price of admission. 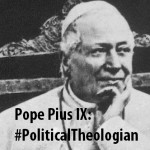 December 7, 2015
Was Vatican 1 Shockingly More Political Than Vatican 2?
Next Post 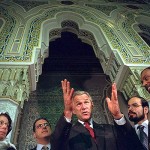