Now he turns to witches with a second post , a third,  a fourth, a fabulous fifth, a sixth, a seventh, an eighth, a ninth,  a tenth , eleven, twelve, and now thirteen.

The Emperor Nero (r. 54-68 A.D.) extinguished his share of intellectual luminaries. Lucan and Seneca went down over a failed assassination attempt. Leaders of The Way, Simon/Peter and Saul/Paul, were killed as scapegoats for the fire that leveled a third of the city of Rome. While Lucan’s books were best-sellers, insuring the Pharsalia’s survival,* the early Christian communities (as they came to be known) began systematically compiling definitive accounts of the life of Jesus of Nazareth, adding them to the corpus of Saul/Paul’s letters and Acts. In one of these accounts, the Gospel According to Matthew, there is material relevant to our discussion.

Matthew’s account of the birth of Jesus of Nazareth reminds us why the Romans were swift to ban magic, divination, and foreign sects. In Matthew we have the account of Magi honoring Jesus as “King of the Jews.” This act of political prognostication prompted Herod the Great, client-king of Rome, to retaliate by killing the young children of Bethlehem in an effort to protect his dynasty. The Magi who began the whole affair are often referred to as “kings” or “wise men,” but the term originally signified a Zoroastrian priest (Zoroastrianism being the state religion of the hostile Parthian Empire) and eventually broadened to mean any Eastern astrologer. After all, the Magi had “seen his star in the East” and thus discerned that a king had been born.

We see in the episode of the Magi two kingdoms in conflict. The Romans, with their client-king, Herod the Great, claimed to have instituted a “divine peace.” This was maintained by the emperors (and their subordinates) as the High Priests of the Roman state. Divination and astrology, with their political implications, threatened that peace both by going outside official religious channels and by potentially serving as a vehicle for criticizing the regime. Early Christians saw Jesus of Nazareth as establishing God’s peace in the priestly role of the Messiah. To them, divination was an affront to the oracles of the true God. Herod, as Rome’s client, used the tools of the state (judicial murder) to tame unsanctioned political predictions. The early Christians, as we saw in Acts, favored confrontations of divine power or attempts at religious conversion. In the case of the Magi, Matthew seems to portray the situation as one of conversion.** In these accounts, the two approaches are incompatible; one is a direct challenge to the other.

Under Constantine the Great, however, these two kingdoms with their opposite approaches to divination would begin to work together. This collaboration eventually produced a united approach to witchcraft in Western Europe, first under the Inquisition, and then in the infamous trials of the 16th and 17th centuries. Certainly there were ways that the Church sought to gentle the Empire; but in the matter of witchcraft, Rome taught the Church to hate.*** 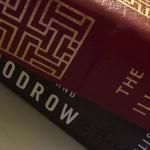 August 12, 2019
A Prey for Dogs and Vultures OR Nobody is a Red Shirt to God
Next Post 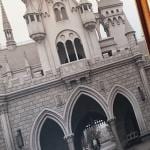