In a just world, how you act depends on who you think delivers justice

Many years ago I worked a couple of seasons as a porter on the now-defunct hovercraft service across the English Channel. One of the old hands used to tell me regularly that “what you lose on the swings, you make up on the roundabouts” – a phrase that’s stuck with me ever since.

What he meant was that things have a habit of evening out in the end – that life, in other words, was basically just. The odd thing is that psychologists have found that most people would agree, and even go further. It seems that most people think that the consequences of bad deeds and good deeds will, somehow, rebound on you.

It’s the word ‘somehow’ in that last sentence that interested Katherine Stroebe, of the University of Groningen in the Netherlands, and colleagues. They reasoned that although people might agree that the world is inherently just, they might disagree over why that should be – and that could have profound consequences for the actions people might take to address an injustice (or, indeed, whether to bother at all).

Using an online questionnaire, they showed that people think that justice stems from at least 6 different sources: from ‘nature’ and from God, and also from other people and from yourself, as well as just plain chance.

What they found was that people who think that justice comes from God tended to have conservative political tendencies. They also tend to believe that criminal behaviour is best explained through God and not upbringing.

Those who believe justice comes from other people were quite different. They were not particularly conservative, and there was a weak tendency for them to be extroverts with high levels of self-esteem. They also believed that criminal behaviour is due to upbringing and the legal system, and definitely not due to God.

In a related study, they asked people whether (and how) they would help out in a variety of scenarios. What they found was that people who believe justice comes from other people also believed in supporting other people to help restore justice (for example, supporting organizations to help the victims).

They were also interested in inaction. It probably won’t surprise you to know that the most common human response to minor criminal behaviour is inaction. So what the researchers wanted to know is whether the reasons given for inaction varied according to people’s beliefs about why the world was just.

Once again, however, people who believe justice is down to other people were different. When offered an ‘other people’ related reason for inaction (“With society and the justice system the way it is, there’s nothing we can do”), they rejected it. And it’s not because only an idiot would agree with that statement – it was quite attractive to those who believed in nature- and self-related justice.

I think all of this has interesting implications for the type of society that results from different beliefs about how justice operates.

It fits nicely with some earlier work showing that believers tend to ‘outsource’ punishment of offenders to their god. This is specifically in situations where the punishment would come with some cost to the punisher as well as the punished. Those who believe in powerful gods tend to sit back and let their god handle it.

Similarly, in this study, believers in God-related justice were strongly inclined to pray for a solution to injustice. Now, the study did also show that they said they would also volunteer or donate to help disaster victims. That fits with other research that shows religious people tend to think in terms of charity to help the needy.

People who believe that others are the source of justice think differently. They believe in strengthening social institutions and organising society to be more just. I don’t think it’s coincidental that the societies with the strongest social and governmental structures also tend to have the most atheists.

I don’t think ideas about sources of justice are fixed, either. We know that distrust of atheists is reduced if people have confidence in the justice system. What seems to be happening is that they no longer need to rely on God as a guarantor of justice, so they’re more open to the idea of relying on a secular system.

Which is not to say that disappearance of belief in God as a source of justice inevitably turns people towards a more social view of society.  Belief in natural justice (itself a form of superstition), or justice emanating from the self or from chance, was not linked to pro-social behaviour.

So if you choose not to believe in God, it really matters where you think the buck stops when it comes to justice.

July 22, 2015
Does more education mean more, or less, religion? It depends whether you take intelligence into account.
Next Post 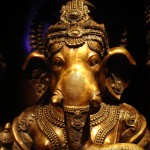 August 13, 2015 What do people think God is actually like?
Recent Comments
0 | Leave a Comment
Browse Our Archives
Related posts from Epiphenom