In this series debunking the reasons to support the death penalty, we’ve looked at:

We know that the death penalty is ineffective as a deterrent. We know that capital punishment costs significantly more than life in prison, drawing funds from law enforcement and victims services. We know that there is no way to humanely kill a person who does not want to die. We also know it doesn’t bring closure and there is evidence that even some of the most hardened killers have been rehabilitated enough that their lives behind bars add value to the world. It can bring suffering to innocent parties in the form of trauma, depression, anxiety and suicidal thoughts in corrections officers, wardens, journalists covering the cases and in the loved ones of the offender. In my previous series about wrongful convictions, we also learned that innocent men and women have likely been executed for crimes they did not commit.

What we haven’t covered is the notion of vengeance. In 2015, it feels wrong, barbaric and backwards to have to cover it, but just a few days ago, someone on Twitter asserted that it’s the best reason to support the death penalty. Even in spite of all its other shortcomings.

If your sole reason for supporting the death penalty is to satiate your own anger, then you have no right to call yourself a rational person.

The answer is no. It’s not rational. It’s emotional, and while I can hardly blame the family or loved ones of a murder victim for responding emotionally, the law should not. The law should always be based on rational, evidence-based reasoning. This is why secularists exist. This is why the separation of church and state is such a valuable idea. We want our laws to reflect reality. We want our laws to prevent more people from becoming the victims of crime, and if the law can’t do that, at the very least, it should not be creating more victims unnecessarily. I think that is the very least we should be expecting from the law.

My biggest problem with supporters of the death penalty and most of the law that exists today is that they’re reactive when they should be proactive. Instead of waiting for someone to get killed and then reacting, we should proactively be working towards serious measures that will prevent murders from taking place in the first place. Measures such as a more effective and valued mental health system. There should be more power and jurisdiction given to child protective services and domestic violence prevention. Children who are observed acting like bullies or being bullied themselves at school should be given access to programs that will engage their mind in a positive way, and to counsellors who don’t just go through the motions to fulfil their job description. More money should be spent on education and teachers should be trained in conflict resolution, and how to actually engage young minds rather than just lecture them from the front of the room. More after-school programs suited to at-risk youth should be implemented. Prison sentences for nonviolent, victimless drug crimes should be completely eliminated as sending a teenager or young adult to prison will only work to harden them. Post-secondary education should be free and easily accessed by all, like many European countries. Veterans returning from war should be fully supported on the state’s dime and given plenty of access to mental health services, rehabilitation programs and medical assistance. Signs of an unhealthy mind should be taught to everyone, who then have the opportunity to seek real and effective help for their family and loved ones who may be at risk of offending before they actually hurt anyone. Finally, people who have been diagnosed as mentally ill with an affliction known to cause violence, should not have sole custody of children until they seek help and stick with it. People with a history of violent offences should not have custody of children. Parents involved in repeated domestic abuse reports should not have custody of children. Addicts should not have custody of children until they are sober.

Whenever I suggest these things, someone inevitably pipes up with, “but, Godless Mom, people can still slip through the system unnoticed and end up killing. It won’t stop all killers!”, and that’s correct. These measures won’t stop all killers. However, they will stop some, if not a majority, and that’s a whole lot better than waiting around for murder to happen so we can react.

Besides, these are just my ideas. I am sure there are plenty more preventative measures we can take that I have not thought of.

Now that you’ve read my entire series on the death penalty, do you still support it? Can you tell me why or why not in the comments? Have you thought of ways to prevent violent crime? Did any of you change your opinion in the course of reading these two series? Let me know!

In closing, I am going to list for you a series of documentaries that you should watch. If you have found my posts on this topic interesting, whether you are for or against the death penalty, these documentaries will interest you.

Into the Abyss, an objective look at the death penalty in Texas. This is one of the best films you will ever see in your life:

After Innocence follows men exonerated from death row as they try to get back to normal life:

At The Death House Door, a documentary about the chaplain on death row in Huntsville, Texas. This film will give you a better understanding of the effect the death penalty has on correctional staff. It will also shake you to your core. The trailer is below, but you can watch the full documentary by clicking here.:

If you want to work towards ending the death penalty, please consider supporting the following organizations: 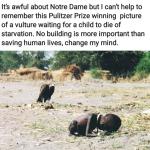 April 18, 2019
Virtue Signalling And Why It's Okay To Care About The Things You Do
Next Post

April 25, 2019 How Jeffree Star's Blood Sugar Led Me To Jehovah
Recent Comments
20 Comments | Leave a Comment
"If you don't fear death, then atheism is working for you. When three medical specialists ..."
bill wald 10 New Questions I’ve Never Been ..."
"The Nigerian-American Community and the Embassy in the US would then pressure the Nigerian Government ..."
Christian Death For Atheism: How Do We ..."
"My point is that your "arguments" have been refuted thousands of times already.If you want ..."
TheMarsCydonia Are These 7 Arguments For A ..."
"Looking through the cast of The Odyssey I was looking up what had happened to ..."
lone wrecche How To Say Goodbye
Browse Our Archives
get the latest from
Nonreligious
Sign up for our newsletter
POPULAR AT PATHEOS Nonreligious
1 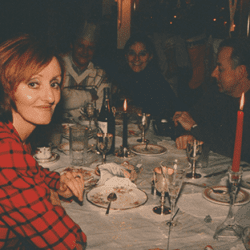